Actor Priyanka Chopra was every bit the supportive wife to her singer husband Nick Jonas at the premiere of the Jonas Brothers documentary, Chasing Happiness, in Los Angeles, California. She was joined by Game of Thrones star and sister-in-law Sophie Turner, who cheered for her husband Joe Jonas. Kevin Jonas and his wife Danielle Jonas also struck mushy poses at the red carpet of the Amazon film.

Priyanka wore a black satin dress with a thigh-high slit, with a silver mesh underdress peaking through. Nick was seen in a brown suit with a darker brown T-shirt underneath. Sophie brought the shine and sparkle with her metallic dress and Joe turned up in a grey suit worn over a mustard T-shirt. Danielle kept things simple with her beige top and sequined skirt combo. Kevin also wore a brown suit with a T-shirt.

Priyanka Chopra and Nick Jonas arrive at the premiere. ( REUTERS ) 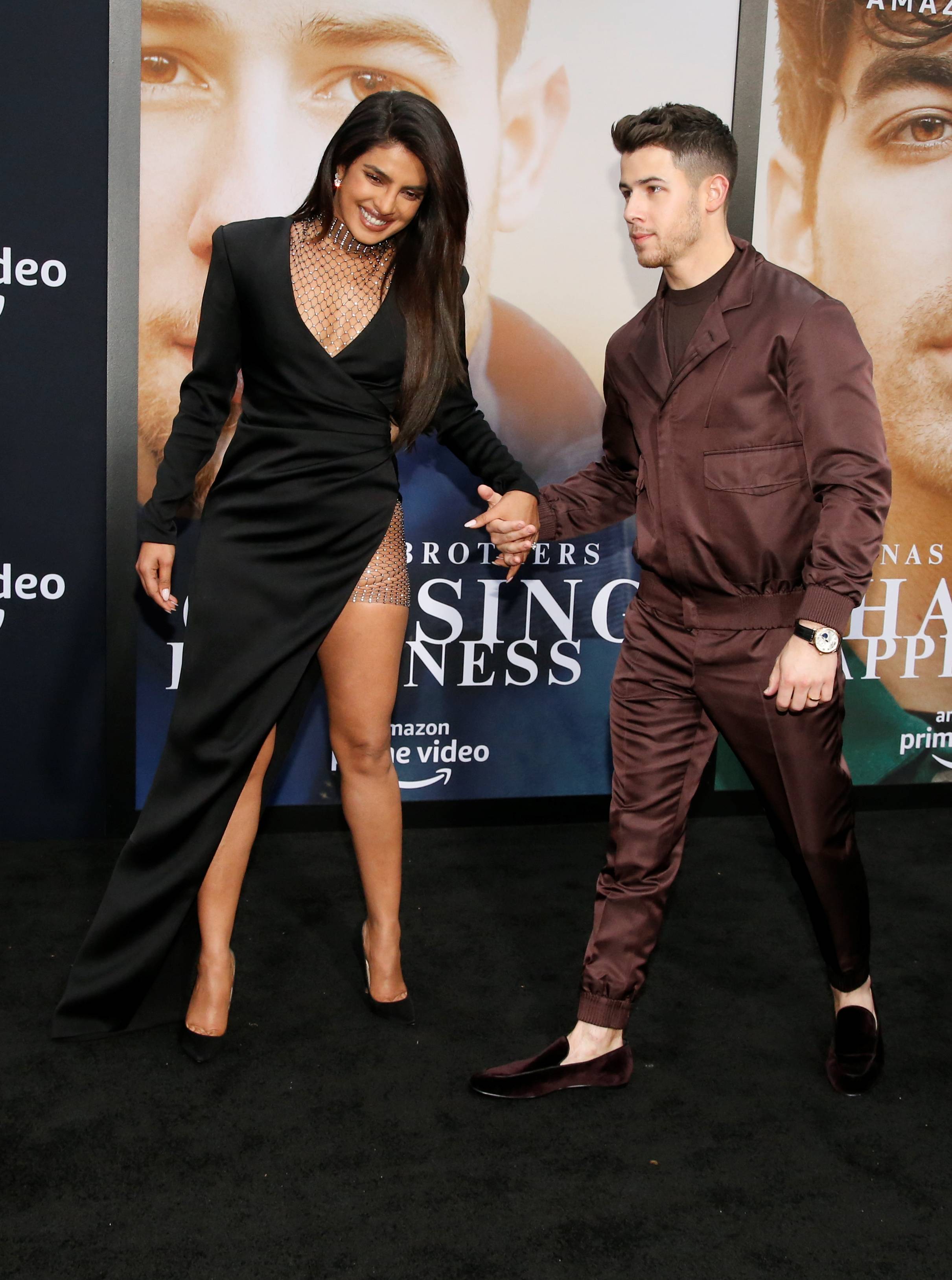 Sophie Turner and Joe Jonas arrive at the premiere for the documentary Chasing Happiness. ( REUTERS ) 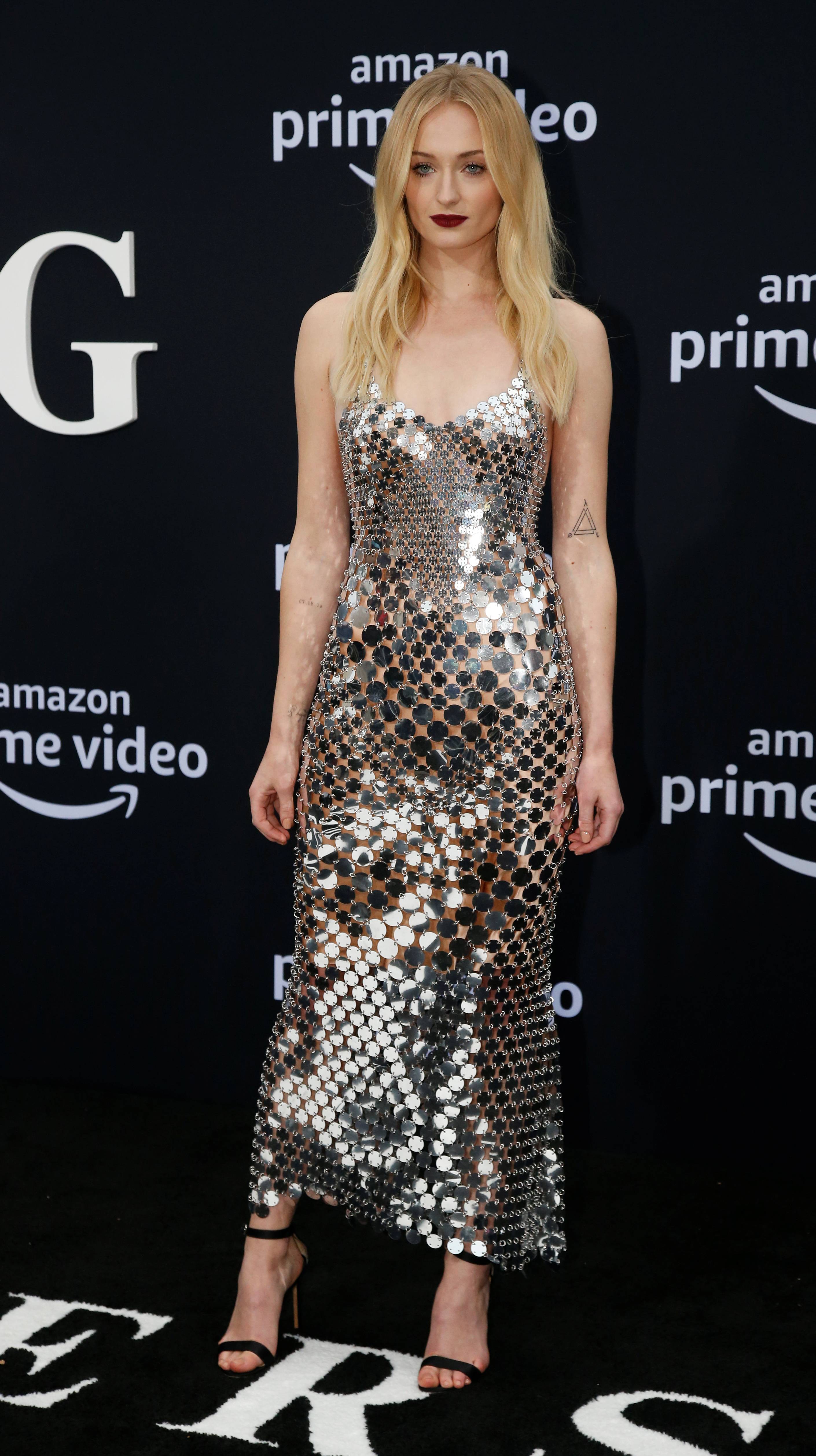 Nick, Joe, and Kevin Jonas arrive at the premiere. ( REUTERS )

Danielle and Kevin Jonas arrive at the premiere for the documentary Chasing Happiness. ( REUTERS )

Nick, Joe, Kevin Jonas and their parents Denise and Paul arrive at the premiere. ( REUTERS )

The documentary, chronicling Jonas Brothers’ journey as a Disney boy band to a pop phenomenon, will premiere on Amazon Prime Video on Tuesday. The film, directed by John Lloyd Taylor, gives the viewers an up close and personal look into the lives of Nick, Joe, and Kevin Jonas after almost six years of their group hiatus.

It promises never-before-seen footage of the band, starting with their early days growing up in New Jersey in a family that was struggling to make ends meet. Chasing Happiness also shows the brothers rebuilding their relationships as siblings and band mates, leading to their first new album, Happiness Begins, since 2009.

Amazon released a promo for their upcoming documentary featuring the boys asking Alexa about themselves and their new film. The band had announced the documentary soon after they released their comeback song Sucker. The video of the track also features their real-life partners -- Priyanka Chopra, Sophie Turner and Danielle Deleasa, respectively.

“Our fans are the best in the world and have shared in our journey as the Jonas Brothers and us as individuals,” Jonas Brothers had previously said in a statement. “In releasing this documentary we wanted to make sure we partnered with an innovative platform, like Amazon, that could reach our fans around the world,” they added. The group is set to embark on a 40-city tour in support of their album later this year with Bebe Rexha and Jordan McGraw.

Have you seen these pics of Hrithik Roshan, Janhvi Kapoor, Ajay Devgn with daughter Nysa and son Yug