And another ruling-party politician who was not named opened fire on anti-government protesters in the southern town of Weeraketiya, killing two and wounding five, according to police.

Lawmaker Amarakeerthi Athukorala from the ruling party shot two people - killing a 27-year-old man - and then took his own life after being surrounded by a mob of anti-government protesters outside Colombo, police said.

And another ruling-party politician who was not named opened fire on anti-government protesters in the southern town of Weeraketiya, killing two and wounding five, according to police.

Sri Lanka has suffered months of blackouts and dire shortages of food, fuel and medicines in its worst economic crisis since independence.

This sparked weeks of overwhelmingly peaceful demonstrations against President Gotabaya Rajapaksa, as well as his brother the prime minister. 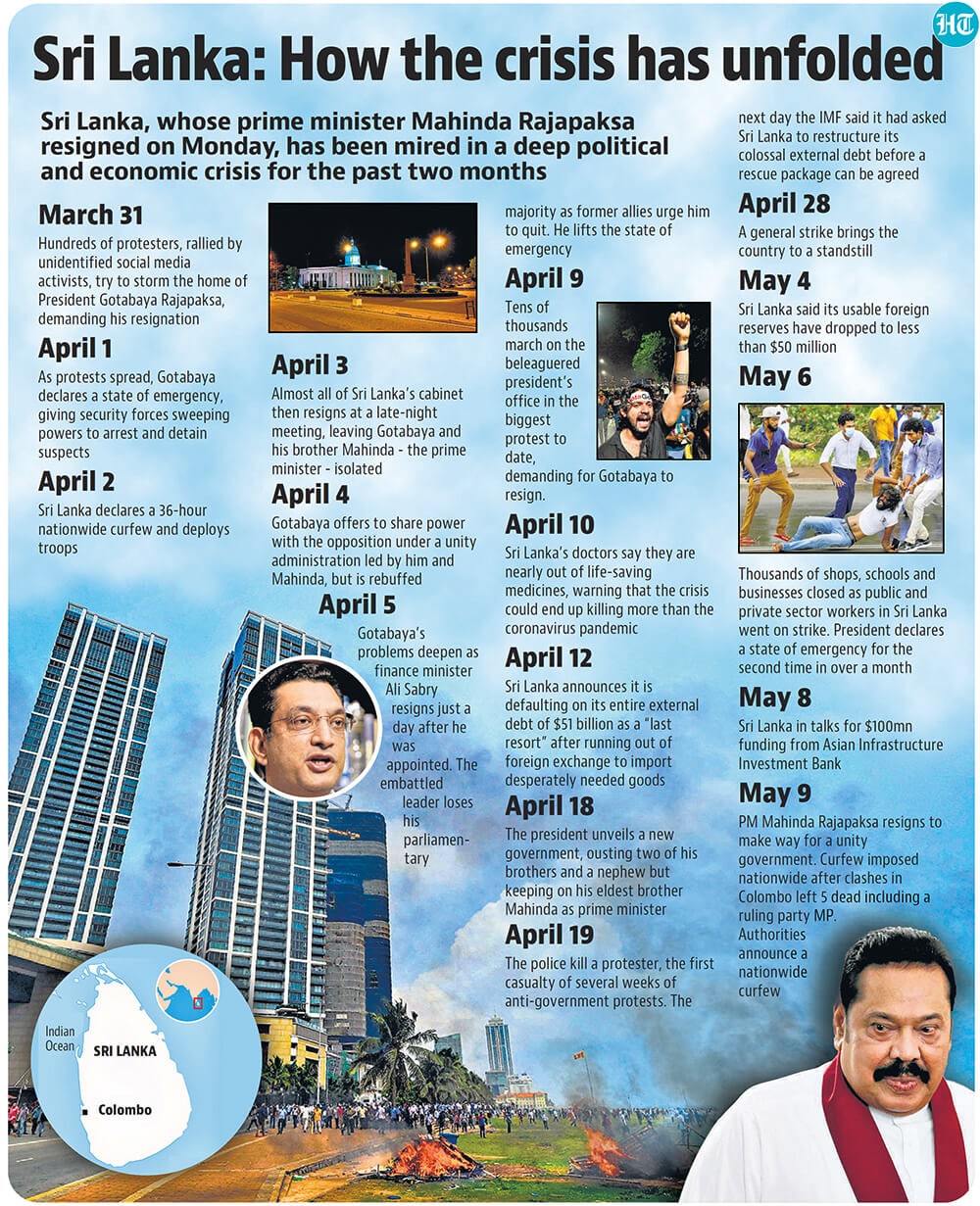 On Monday, scores of Rajapaksa loyalists attacked unarmed protesters camping outside the president’s office on a seafront promenade in downtown Colombo, AFP reporters said. “We were hit, the media were hit, women and children were hit,” one witness said, asking not to be named.

Police fired tear gas and water cannon and declared an immediate curfew in Colombo, which was later widened to include the entire South Asian island nation of 22 million people. A total of 181 people were hospitalised, a Colombo National Hospital spokesman told AFP. Eight were injured elsewhere.

Mahinda Rajapaksa tendered his resignation as prime minister, saying it was to pave the way for a unity government - but it was unclear if the opposition would cooperate.

Monday’s violence triggered widespread anger, with people singling out Rajapaksa supporters and attacking them in many parts of the country. Homes of some ministers and politicians supporting the Rajapaksas were also attacked and some set on fire. The DailyMirror newspaper reported that the ancestral home of the Rajapaksa family in the southern district of Hambantota was set on fire.

Shots were fired from inside the Sri Lankan prime minister’s official residence on Monday, as thousands of protesters breached the main gate and torched a parked truck, an AFP reporter said. Police sources confirmed that shots were fired in the air to prevent the mob breaching the inner security ring of the residence where Rajapaksa, who resigned as premier earlier in the day, was still holed up with several loyalists.

SHARE THIS ARTICLE ON
Topics
sri lanka
sri lanka
Subscribe to our best newsletters
Subscribed to newsletter successfully
Thank you for subscribing to our Daily News Capsule newsletter.
Close Story
QUICKREADS
VIEW ALL