I am wonderfully surprised seeing Deepika's growth as an actor: Ranbir

So, where were we? Aah! In the beautiful Mumbai drizzle, when the sun has set, we reach Krishna Raj - Ranbir's residence. We get off and recall our super fine chat in his car.

So, where were we? Aah! In the beautiful Mumbai drizzle, when the sun has set, we reach Krishna Raj - Ranbir's residence. We get off and recall our super fine chat in his car. A couple of minutes of gossip and I urge Ranbir to click some

moments with me, that you'll have seen on Twitter. Then he looks at me, leans on his red sports car and a few flashes of just being

get captured on my Blackberry. Fun! Ranbir Kapoor may have hidden depths. He's just looked me straight in the eye and told me, "I think we should catch up before

releases once more". Ok, that was the moment of the day. Not that I wasn't a RK fan but my respect grows even more for this man. I mean, how can you be so real? We hug it out and as I step out his gates I evaluate - Ranbir Kapoor is down to earth than Raj, Sid, Harpreet Singh, Samar, Aakash and Jordan. But the prosaic truth is that all his characters are 70% Ranbir Kapoor too - coming of age, a loner, rebel, learner, nonconformist and admirer of true beauty. And it is this very reason why he has given birth to 'Fans'. As long as there are young and beautiful people, so long as there are boundaries, Ranbir Kapoor the legend will endure. I've come to know that neither his sexuality nor the quirks in his personality make much difference to his ever-growing legion of fans. One glance at his fans on Twitter and you'll get what I'm talking about. To them, he is what he is - 'A Superstar'. And yes, he can't deny it. They say in showbiz you need to be competitive, but when Ranbir's competitor's see him act on that big white screen, they know that they've got an uphill climb, forget reaching the top. 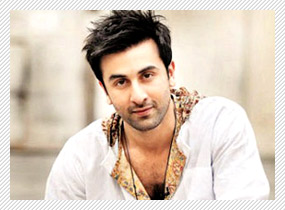 In this Part 2 special, I bring you the laid-back ruggedness of Ranbir Kapoor as he answers the many questions posed by his fans on Twitter. I call it - The 'FanBoy' exclusive and I had to include myself in there. Yes, I had to ask him the last question...Respect and Love - Fan for Life!

What is in you that you excel in each film you do as an actor? You surpass your previous best.

There are many reasons. It's always the director, the script and how much a director wants to tell the story that really motivates. I don't think I have excelled in my performances with each film because I believe I am as good as a director. For me, my hunger is to only get my father's approval. He is somebody who is very blunt and honest and it's that constant struggle to wait for that day when he sees the preview of my film and those three hours that he is inside and my heart beats in anticipation of what he'll be saying when he comes out.

Are you finally doing
Besharam
?

Of course yes! I am doing

. I don't really have too many scripts or characters that I like.

is something that really bowled me. It's that correct space I wanted to do. It's that good hearted 'tapori' character I am playing. I really like Abhinav Kashyap as a person. There have been some issues with the production of the film. But that's something I am not involved with. That's up to the producer and the director. But I am really excited to do that film.

How was it to be working with Deepika Padukone again in Ayan's second film YJHD?

I am amazed, shocked and wonderfully surprised seeing the growth of Deepika as an actor. Apart from working with her, I've also been in a relationship with her and just her growth as a human being has been amazing. When we meet, I can see the confidence, I can see the understanding of Indian cinema, of life, etc. She has changed as a person. I've always maintained that she is a beautiful person. Apart from being physically attractive, she is beautiful from within. She has a good heart. So when somebody comes closer to their art / work and somebody who can surrender to that, that person becomes more beautiful. Deepika has surrendered to her work brilliantly. I was really amazed by her performance in 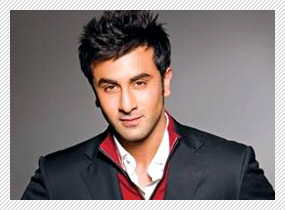 How would you describe
Barfi
in one word?
Barfi

in one word for me is Joyful.

Both you and Priyanka look stunning in the film. But who has got the more powerful role?

We all have parts in a film that are powerful. A film can never do well if one role is powerful or one performance is powerful. If a film is powerful, all characters shine. That's what I believe in.

If you are such a talented actor then why do you do only one or two films a year?

Thank you for the compliment but I feel I am not multi-talented. I can't multi-task by doing three to four films. The time in cinema has come where you work on one film at a time as you can concentrate more on it. There is a specific look you can try. I did

together. They were both diametrically opposite films in characters. It was a little hard for me. I was a bit confused and sometimes work suffers. So I rather do one film and put all my energy into it t bring out the best in me.

What is it that
Barfi
/ Murphy can't do?
Barfi

can't talk or hear. He can do everything apart from that. Well, he can talk but can't hear.

Your acting reminds me of Raj Kapoor saab from the 50s cinema.

Thank you so much! It's a great compliment. I am here because of my grandfather. He has shown me the way I believe. But I wouldn't really like to accept that compliment or it'll go to my head.

Your favourite Bollywood hero and heroine?

My favourite Bollywood hero has to be my father, Mr Rishi Kapoor. From the new lot I've really enjoyed Ranveer Singh's performance, Arjun Kapoor is promising, Nawazuddin is a great talent and amongst the girls I like Anushka Sharma, Deepika Padukone, what Katrina does is also amazing and Parineeti Chopra.

You've worked with many directors, new and established. But was Anurag Basu a ringmaster?

No! He is a baby who is still stuck in his mother's womb. He is such a playful fellow. He is good hearted and when you work with people like him, you really want to give in more than hundred percent. You want to take their vision forward. He is a great guy. I really hope that we work on the Kishore Kumar biopic together. I think it's a great character for me to play. It's just stuck in a limbo. I hope that we can get it on floors soon because I really want to play one of India's finest icons. Kishore Kumar is right up there.

Why aren't more biopics being made in Indian cinema?

Biopics are tricky. When we say 'biopics' we mean birth to death and it is so hard to make it into an entertaining and an engaging story. When you look at

it blows your mind. It's a difference in content too when it comes to biopics. We haven't cracked on how to make a biopic. I haven't looked at a good biopic being made in Indian cinema. The only one I can recall is

. We have to do justice to that person in totality. I hope someday soon I am a part of a great biopic.

Click here to read the first part of this feature