Is it really 500 crore deal for Salman Khan?

A recent report that Salman Khan had cut a whopping Rs. 500 crore deal with the Star India for the satelite rights of his films. Sanjay Gupta - the COO Star India said, "As far as the figure quoted is concerned, we at Star don't divulge the finances of a deal. The figures quoted are conjectural."

A recent report that Salman Khan had cut a whopping Rs 500 crore deal with Star India in exchange of all his films being screened exclusively on the channel, had the nation agog. However, several trade experts saw many loopholes in the entire historic handshake that had apparently happened between the superstar and the channel.

Said a leading producer who has worked with other Khan superstars but not Salman, "If it is true then I am glad I am not Salman's producer. If he has cut an exclusive deal with a channel then any film, irrespective of who the producers, goes automatically to the chosen channel. However, I've serious doubts about the feasibility of such a deal. First of all, the figure quoted is way too bloated. Nowadays we read all kinds of mindboggling amounts of money exchanging hands between stars and eager production companies. However, 500 crores is a wild figure. Secondly, how does this deal work? In retrospect? Does Star now get exclusive rights for all of Salman's films from the beginning of his career?" 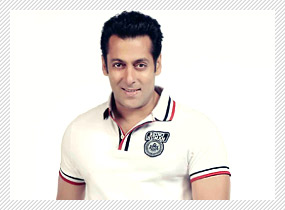 To get a coherent picture of the alleged deal, I spoke to Sanjay Gupta - the COO Star India, who said, "As far as the figure quoted is concerned, we at Star don't divulge the finances of a deal. The figures quoted are conjectural. If you ask whether the figure quoted makes sense my answer is, the number is speculative. However, in my opinion movies are a very important and integral part of content on television. And Salman Khan is a star who connects very effectively with the masses. To my mind Star India's deal with Salman Khan to have his films on our channel makes a lot of business deal."

Gupta again admits that the 500-crore figure put into the public domain as the alleged fee paid to Salman by Star India for his film is speculative and absurd. Elaborating on the nature of the deal Gupta says, "Here's how it works. Salman Khan is a big superstar. We'll take his content for our cable and satellite telecast."

The deal pre-supposes that Salman would in future be co-producing all his film. Says Gupta, "Either he'd have to be a producer for his films to authorize the telecast rights of his films to us. Or he would have to have a word with his producers that the films' right be given to us. Since he has done the deal with us to give us all his content, it would be safe to presume that Salman has already spoken to his producers on this matter.'

Sanjay Gupta admits the deal between his channel and Salman is historic. "Our deal with Salman is a radical departure from the arrangement that movie channels had about film content so far. The telecast rights had to be taken from film producers and the producers held the rights to authorize telecast. Now the star Salman would be authorized to sell cable and satellite rights to us."

The Star India COO sees television today playing a symbiotic relationship with cinema. "Television today is a major outlet for cinema. Earlier movies reached television much after the movie theatres. Now it's different. Raj Kumar Hirani's 3 Idiots, considered the biggest hit ever, was watched by 3 crore people in theatres. When we premiered, Bodyguard on our Star network more than 20 crore people watched it during the premiere screening itself. As for star power, Bollywood has five big superstars in the last ten days and their clout has increased manifold. When we add the increased power of television to star power you can see what the reach of the star's films would be."

However, Gupta stresses that the deal is restricted to Salman Khan. "For a deal of this nature the star must have the power to get us the cable and satellite rights. Not too many stars in the film industry have that kind of power. There are serious business implications involving big money in a deal such as the one we've cut with Salman Khan. This is a special relationship with a very special superstar. I don't think it's going to be encored."

Star India's deal with Salman Khan starts with his next release, which should be the star's home production directed by Sohail Khan.