The forthcoming union budget will be presented at a time when inflation growth is the highest in five-and-half years. India’s benchmark inflation measure, Consumer Price Index (CPI), grew at 7.35% in December, the highest since July 2014. Yet, it is lack of inflation which would have hurt the government’s fiscal calculations the most. The Central Statistical Office (CSO) expects nominal GDP growth to fall to 7.5% in 2019-20. This is the lowest since 1975-76. This basically means that India’s GDP has grown at the slowest pace since 1975-76 if inflation adjustments are done away with.

The real GDP growth figures are only arrived at after applying GDP deflator on the current price estimates. Nominal GDP growth is what also matters for revenue collections, as taxes are a fraction of nominal, rather than inflation-adjusted incomes. The 2019-20 Budget assumed nominal GDP growth to be 12%.

These statistics have given an unprecedented twist to the ongoing budgetary exercise. The current government has lot taken credit for presiding over a low-inflation regime (unlike its predecessor’s). Yet, it has to work in a situation where inflation is acting differently for households and the government budget. The former have been hit because of rising prices and the latter is faced with a significant shortfall in revenues because of a collapse in nominal growth.

To understand this otherwise paradoxical situation one has look at more inflation measures than just the CPI.

Let us look at the important numbers first. A comparison of nominal component of GDP (difference between nominal and real growth), CPI and Wholesale Price Index (WPI) shows that nominal growth component of GDP has been more closely aligned with the WPI in the recent past. See Chart 1 below. This is not very surprising as the CPI basket has a much bigger weight of food items (39%) than its WPI counterpart (24.4%). The share of agriculture in Gross Value Added (GVA), which is most likely to be impacted by food prices, has been declining overtime and it is expected to be 14% in 2019-20.

A comparison of core and non-core retail inflation clearly shows the current divergence between food and non-food prices in the Indian economy. Core inflation is defined as inflation in the prices of non-food non-fuel commodities in the CPI basket. See Chart 2 below. 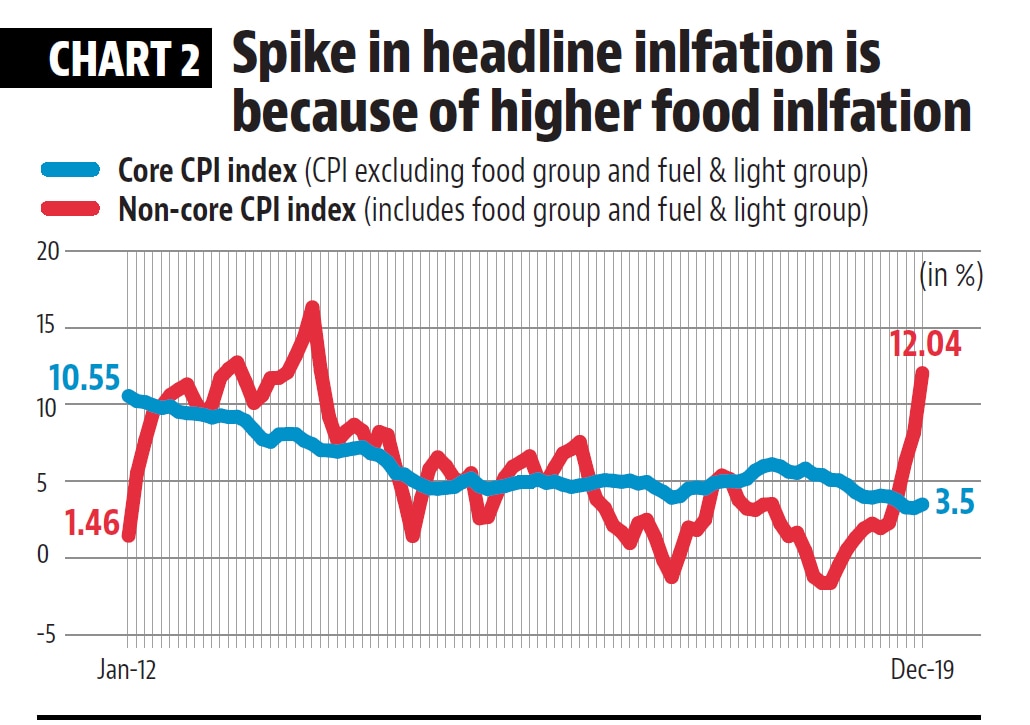 With food prices expected to remain sticky for a while and core inflation too inching up -- the latter climbed in December after falling continuously for five months -- the government will have to choose between taking care of political headwinds from inflation and fiscal headwinds because of lack of inflation (in this case, the collapse in nominal growth). 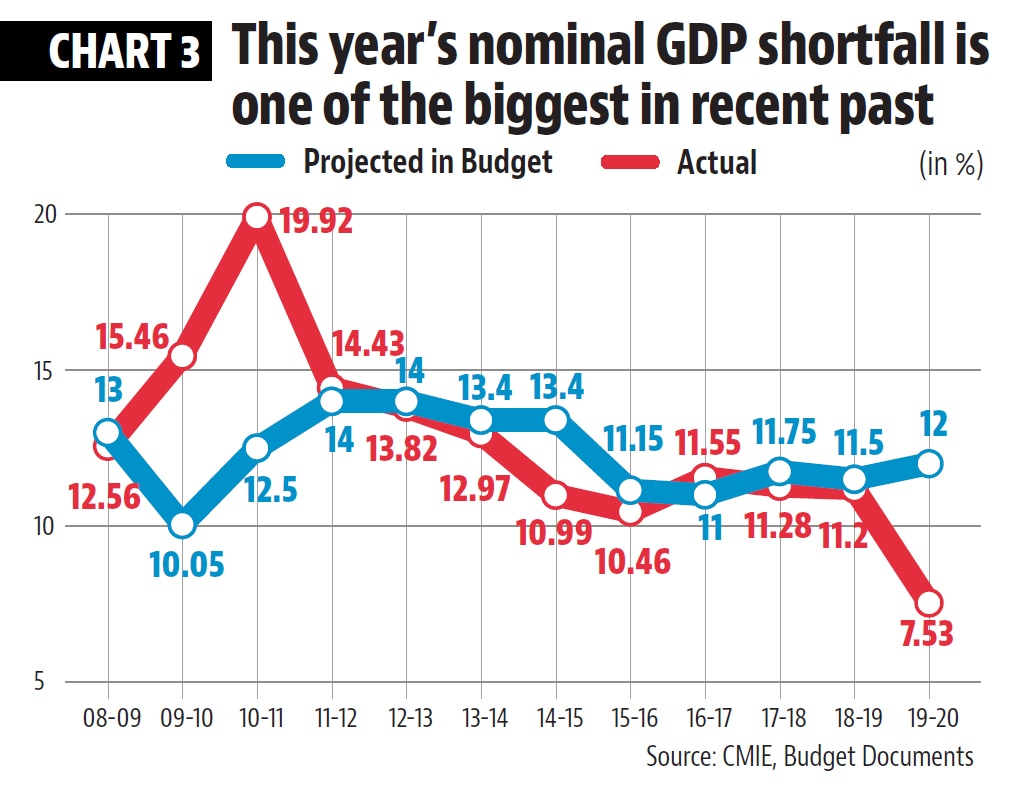 Achieving a balance between cushioning household budgets from rising inflation and boosting nominal growth will not be an easy task. What can be said with certainty is that any strategy which seeks to aggressively counter food inflation aggressively might backfire for overall growth prospects as it will also hurt the 40% workforce which is dependent on farm incomes for its livelihood.

This is nothing short of a macroeconomic conundrum for the policymakers at North Block.