Among all states, however, Delhi has the highest share of inter-state migrants in its total population, an indicator of the attraction it holds for outsiders.
READ FULL STORY
Hindustan Times, New Delhi | By Vijdan Mohammad Kawoosa

Delhi has the second highest population of inter-state migrants in India, according to 2011 census data on migration released recently,which shows that marriage and work or business drive the influx.The city-state only trails Maharashtra, a much larger and more populous state.

Among all states, however, Delhi has the highest share of inter-state migrants in its total population, an indicator of the attraction it holds for outsiders.

Every third Haryanvi who has migrated to Delhi has done so because of marriage. For people from the north-eastern states, education is the main reason for moving to the national capital. And for those from Kerala, it is mainly work (or business) which brings them to Delhi. 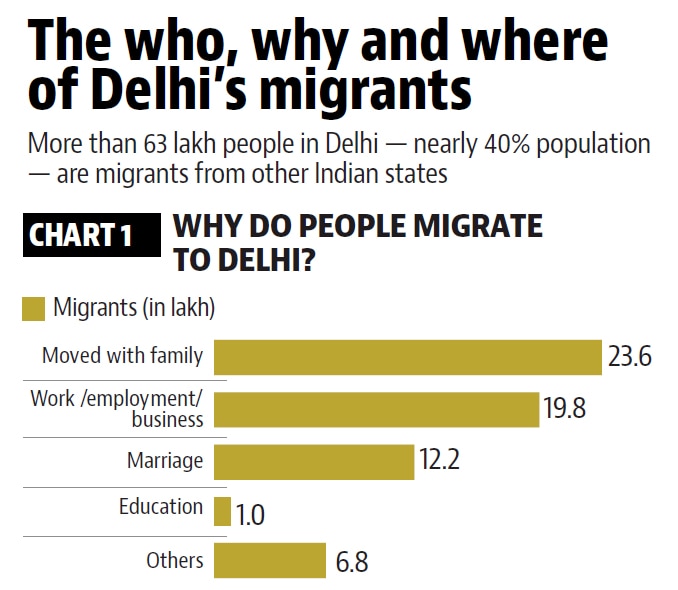 The southern parts of Delhi have the highest share of migrants in their population. The three districts of South-West Delhi, South Delhi and New Delhi have a more than 40% share of inter-state migrants in the total population. This figure is the lowest, just 17%, for the Central district, which includes the walled city, among the oldest habitations of the city-state. 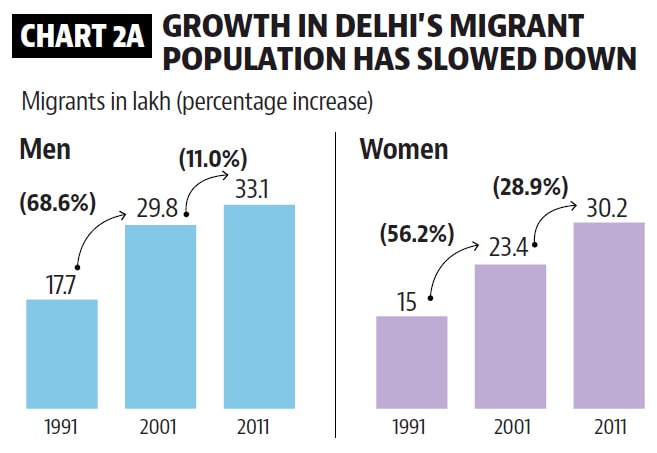 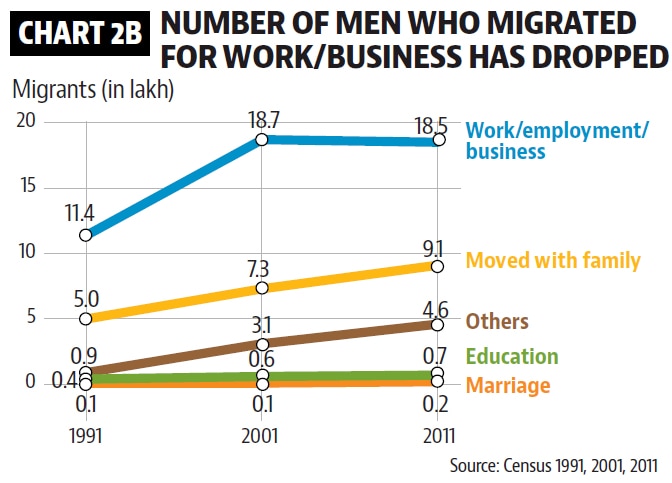