If you zoom in to the new Chinese poster for Avengers: Infinity War, you can see Spider-Man’s new armoured suit, given to him by Robert Downey Jr’s Tony Stark.

The new Spidey suit is a huge leap forward from the one he wore in Spider-Man: Homecoming, although that one was also designed by Tony Stark. But since we’ve seen Spider-Man venture out into space in the trailers for Infinity War, perhaps he required something more sturdy.

Read: Happy Birthday Robert Downey Jr: How Iron Man saved his career and made him an Avenger

If you zoom in to the poster you will notice that it looks a lot like Iron Man’s armour, complete with a metallic exterior and what look like thrusters and weapons. There are also new and improved web shooters. 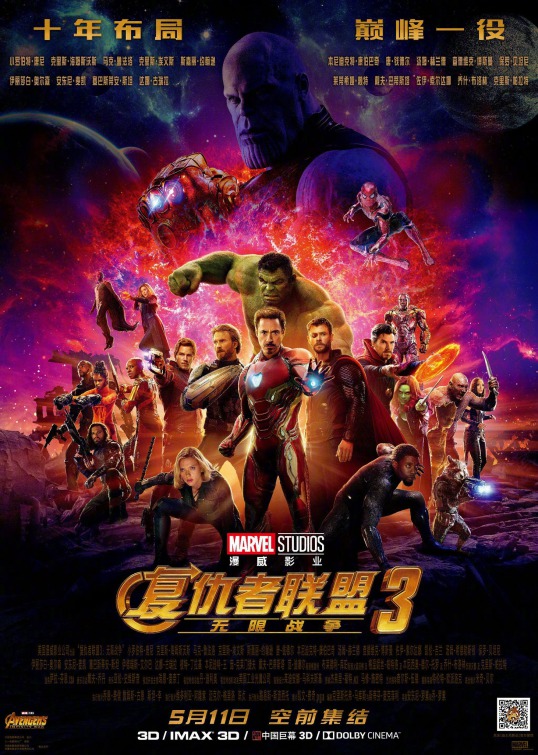 Tony presented Peter Parker with an improved suit at the end of Homecoming - he even called a grand press conference to introduce the newest member of the Avengers - but Peter refused, choosing instead to remain a friendly neighbourhood superhero.

The events of Infinity War demand that he steps his game up. In a recently released TV spot from the film, Tony can be seen inducting Spidey into the Avengers, mid-battle.

Robert Downey Jr returns as Tony Stark/Iron Man in Infinity War, while Tom Holland reprises his role as Peter Parker/Spider-Man, which he first played in Captain America: Civil War. Holland will return as the character in a sequel to Homecoming, which will be helmed by returning director Jon Watts.

Avengers: Infinity War is scheduled for an April 27 release.

You can check out our full coverage of the film here.