Experts said both positivity rate rising despite increased testing is an alarming trend.

As the second wave of the Covid-19 outbreak in India continues to touch new highs in terms of daily cases, the positivity rate – the proportion of cases returning positive for Covid-19 – is still rising in every major state in the country despite testing record levels, according to an HT analysis. This suggests that this wave is yet to peak and that daily cases may continue to grow in most states -- at least in the near future.

To analyse the trends of the outbreak, HT analysed data from the past month (between March 23 and April 22) in India’s 20 most populous regions, looking at two factors — positivity rate and daily tests for Covid-19. 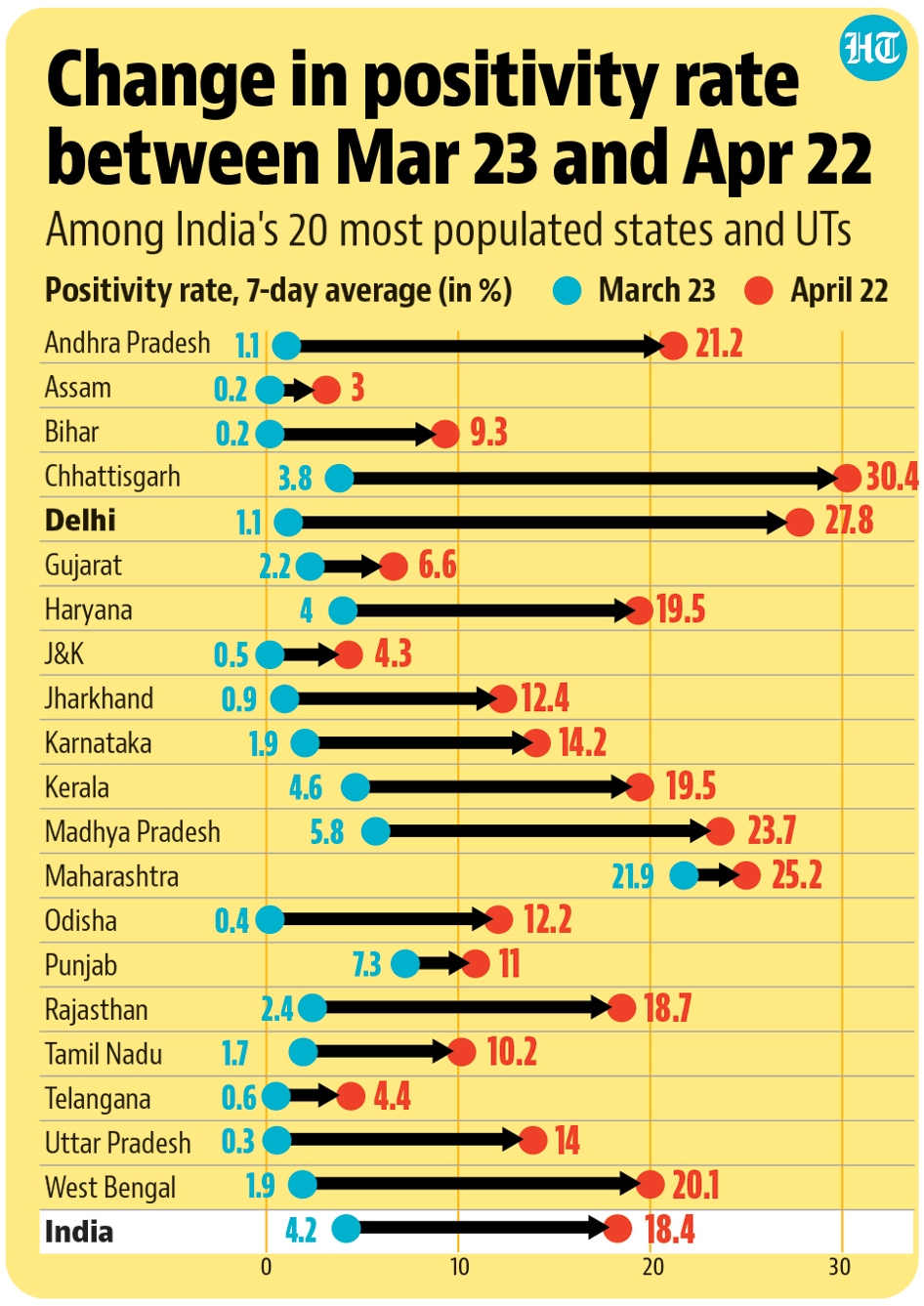 The country, meanwhile, is testing at the highest rate ever – in the week ending April 22, India , on average, tested 1.56 million samples every day, the highest ever. And this number is increasing: on Thursday, for instance, the country set a single-day testing record with 1.74 million samples tested in 24 hours. In fact, in the past month, every state has improved its average rate of testing.

That is even more worrying -- a rising positivity rate as tests increase is the worst possible scenario from an epidemiological perspective.

Currently, the seven-day average of positivity rate is rising in all of India’s 20 most populous regions. Only three of these regions – Assam (3%), Jammu and Kashmir (4.3%) and Telangana (4.4%) – are currently below the World Health Organization’s recommended threshold of 5%. Meanwhile, only two more – Bihar and Gujarat – are under 10%. Six states and UTs – Chattisgarh, Delhi, Maharashtra, Madhya Pradesh, Andhra Pradesh and West Bengal – have exhibited a positivity rate in excess of 20% in the past week. 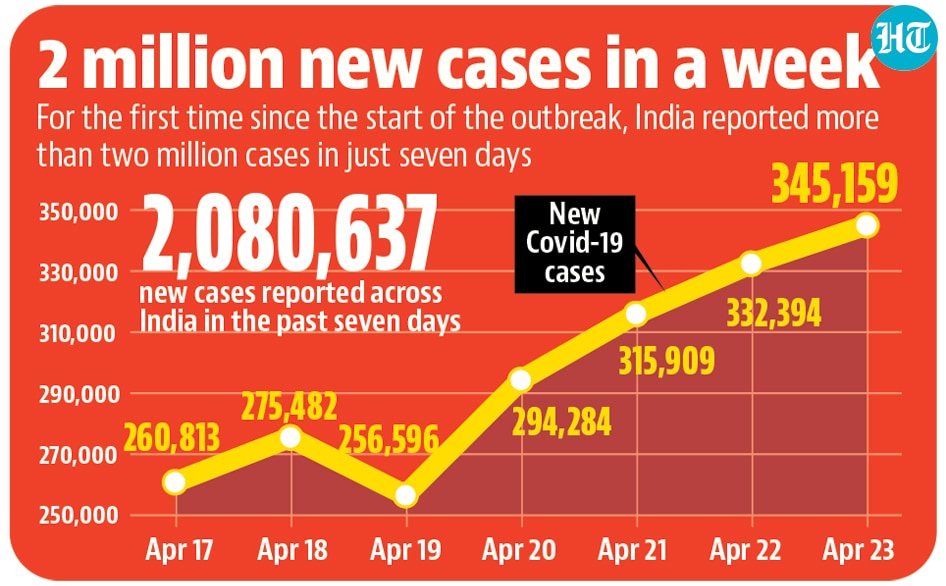 At the other end of the spectrum, Assam, Maharashtra and Punjab have seen the least increase in their positivity rates. In Assam, it has gone up from 0.2% a month ago to 3.0%.

Maharashtra, India’s worst-hit state by the disease, has seen the second least change in positivity rate – the number went from 21.9% to 25.2%, a rise of 3.3 percentage points. If the state manages to turn this number around , then it may point to a peak to a peak of infections in the state. It is followed by Punjab where the positivity rate went from 7.3% to 11% in the past month.

To be sure, Maharashtra remains the biggest hot spot in terms of cases in the country and the state continued to report over 67,000 new cases every day in the past week with a positivity rate of more than five times WHO’s recommended threshold.

The rising positivity rate cannot be explained by low testing. Nationally, the seven-day average of daily tests per million residents have risen 53% in the past month – from 766 samples a day per million, to 1,176. The best improvement has been visible in Assam (daily tests up 306%), Jharkhand (up 250%) and Rajasthan (187%). In Maharashtra, daily tests have increased by 113%.

Delhi lies on the other end with only an increase of 13% in its daily testing in the past month -- from an average of 3,910 samples tested per million residents a day last month to 4,413 for the week ending April 22. However, in terms of daily tests per million, Delhi remains the best testing state in the list. It is followed by Telangana 3130 tests per million last week, Jammu and Kashmir (2935), Kerala (2905) and Gujarat (2531 tests a day per million residents). West Bengal (484 samples tested per million every day in the last week), Madhya Pradesh (632) and Bihar (834) were the lowest.

Experts said both positivity rate rising despite increased testing is an alarming trend. “This shows that the rate of reproduction of cases -- what we call the R-naught -- is going up still, which shows that the virus is extremely infectious right now... And this is why even if you increase your testing the positivity rate is not going down. I don’t think there’s much chance for cases to plateau or come down, at least in the near future,” said Dr Lalit Kant, former head, epidemiology, ICMR.