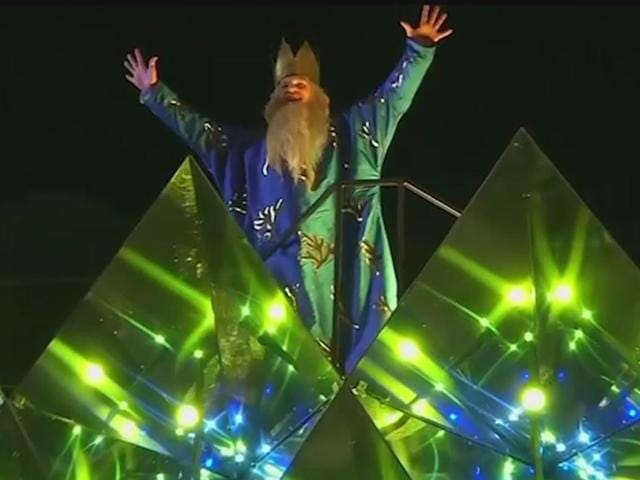 Three King's Day is celebrated on 6 January and is considered by most people in Spain to be more important than Christmas. The parade on the night before is etched in tradition. Melchior, Balthazar and Caspar paraded through Madrid's streets with gifts and sweets to mark the Epiphany, the day when the three biblical kings are said to have visited the infant Christ with gold, frankincense and myrrh. Colourful parades took place in Spanish villages, towns and cities on the eve of the Epiphany. For children who still believe in the legend, it is the three wise men who will provide them with presents and many wake up at the crack of dawn on January 6 to see what surprises they have been given.