The Hindustan Times India’s Most Stylish Awards 2019 are being held at the St Regis in Mumbai on Friday. Bollywood stars such as Shah Rukh Khan, Anil Kapoor, Akshay Kumar, Ranveer Singh, Shahid Kapoor, Kareena Kapoor, Anushka Sharma, Katrina Kaif, Ayushmann Khurrana, Diljit Dosanjh, Sonakshi Sinha, Vicky Kaushal and Kartik Aaryan are in attendance.This is the second edition of the India’s Most Stylish awards, which saw Shah Rukh Khan, Kartik Aaryan and Vicky Kaushal pick up major wins.Vicky and Radhika Apte, who were a part of the ensemble cast of the anthology film Lust Stories - although in different segments - were among the first to arrive on the ‘black carpet’. They hosted the event.Stay tuned for LIVE updates from the The Hindustan Times India’s Most Stylish Awards 2019 here:

India’s most stylish (male) reader’s choice award goes to Ranveer Singh, who mimes Kapil Dev’s bowling action on stage. Ranveer will play the former India cricket captain in an upcoming film. “Abhi to party shuru hui hai, Mic mere haath mei aaya hai. I feel amazing accepting award from the legend, Kapil Dev. How am I going to look this handsome, he is the next character I am playing. I am hoping to make him proud,” Ranveer said. 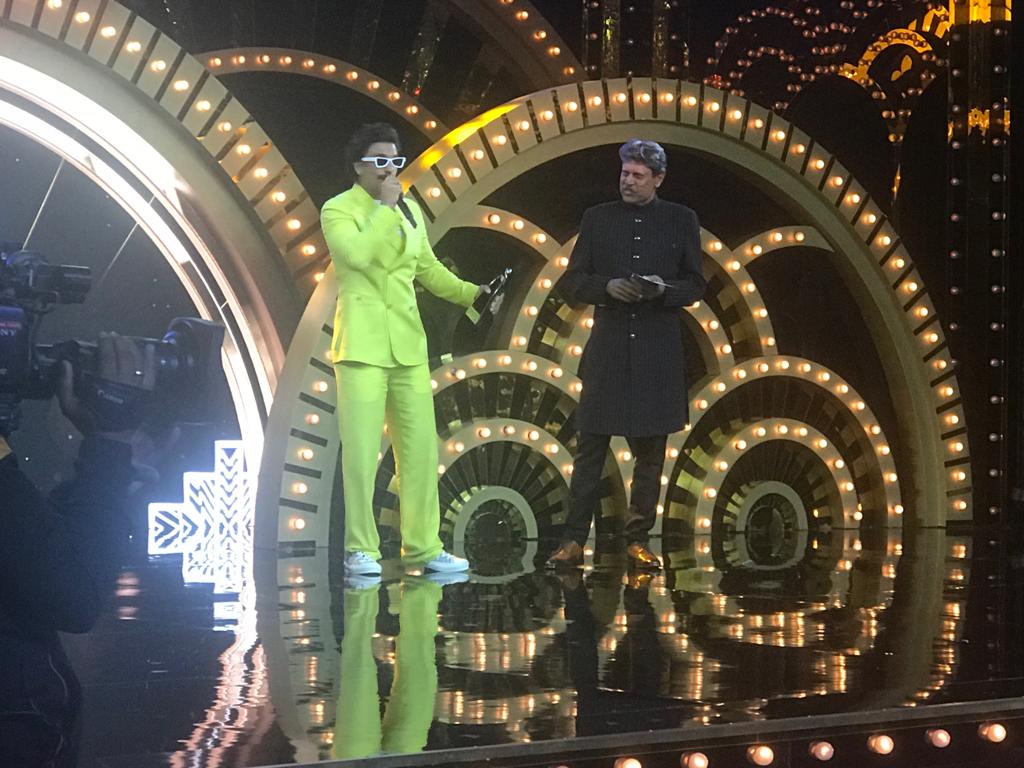 India’s Most Stylish Reader’s choice award (female) goes to Anushka Sharma. She said, “style is a personal and subjective thing and this award is very gratifying.”

Sunny Leone and Dimple Kapadia give away the award for HT Hottest Trendsetter (male) to Akshay Kumar. Akshay then took part in a rapid fire round. Here are some of his answers. The film he doesn’t want his kids to watch: Garam Masala. Between Twinkle the author and Twinkle the actor: Twinkle the wife. When did your mother last scold you? Two days ago because we were playing cards and I told her her blodd pressure will go up. One hit film he hasn’t seen yet: Bhaag Milkha Bhaag, because “I regret not doing it and I chose to do Once Upon a Time in Mumbai 2

“I am sharing a stage with Akshay after a long time and that really means something to me,” Katrina said in her speech.

“Who better than Manish to give me the stylish award,” Kareena said. “I am accepting this award on my son Taimur’s behalf, the most stylish man alive. And he is definitely more stylish than you Ranveer.” 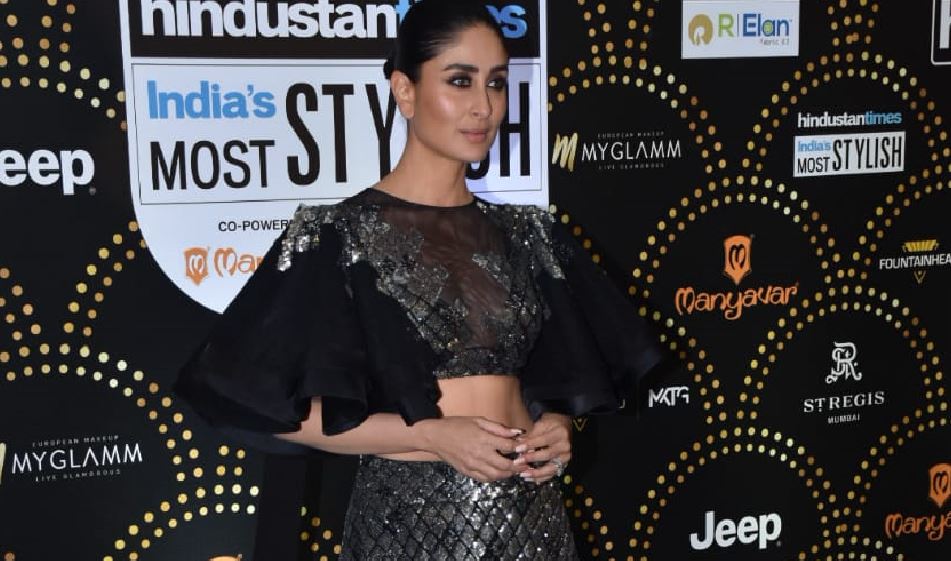 Kareena Kapoor is the showstopper at Manish Malhotra’s show 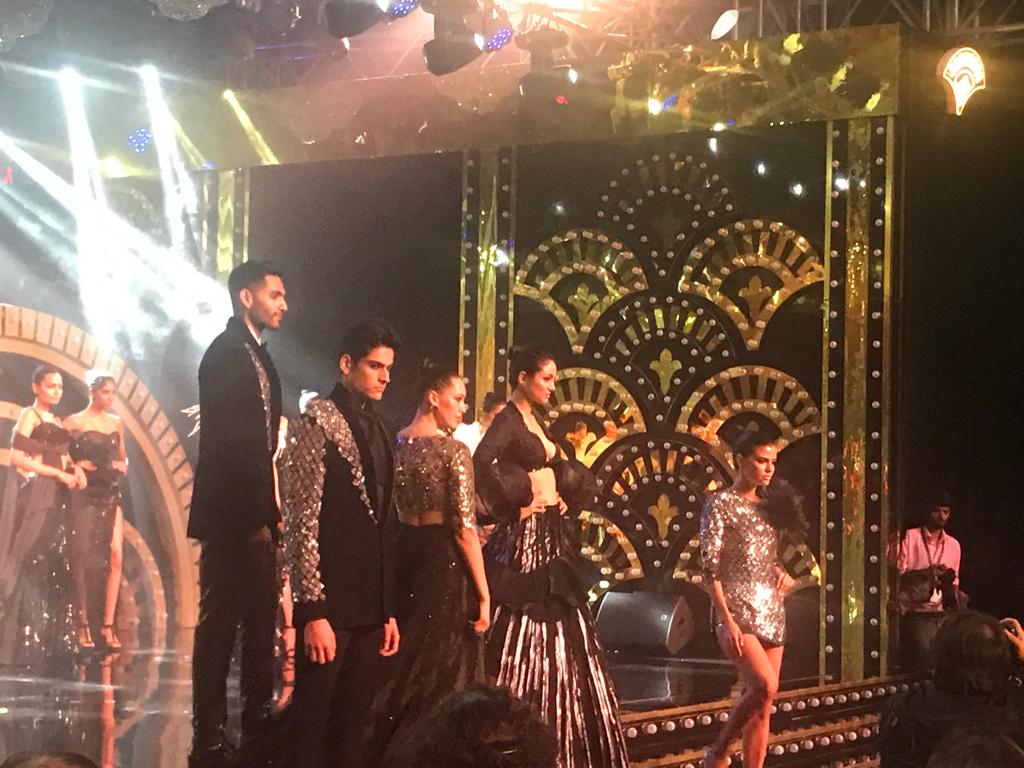 Kartik Aaryan wins the HT Most Stylish Youth Icon, his parents accepted the award on his behalf. 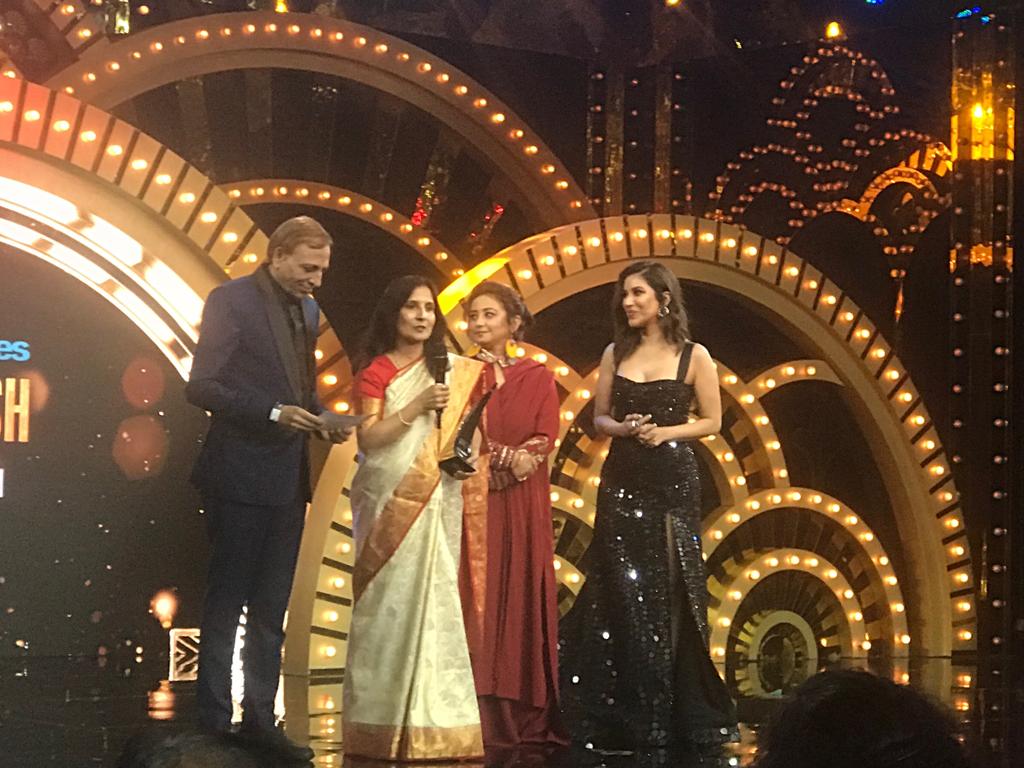 Waheeda Rahman wins the HT Style Hall of Fame award, gets a standing ovation. “I knew the parents of a jury member before he was born, Karan Johar. Thank you Karan, thank you jury,” she said. 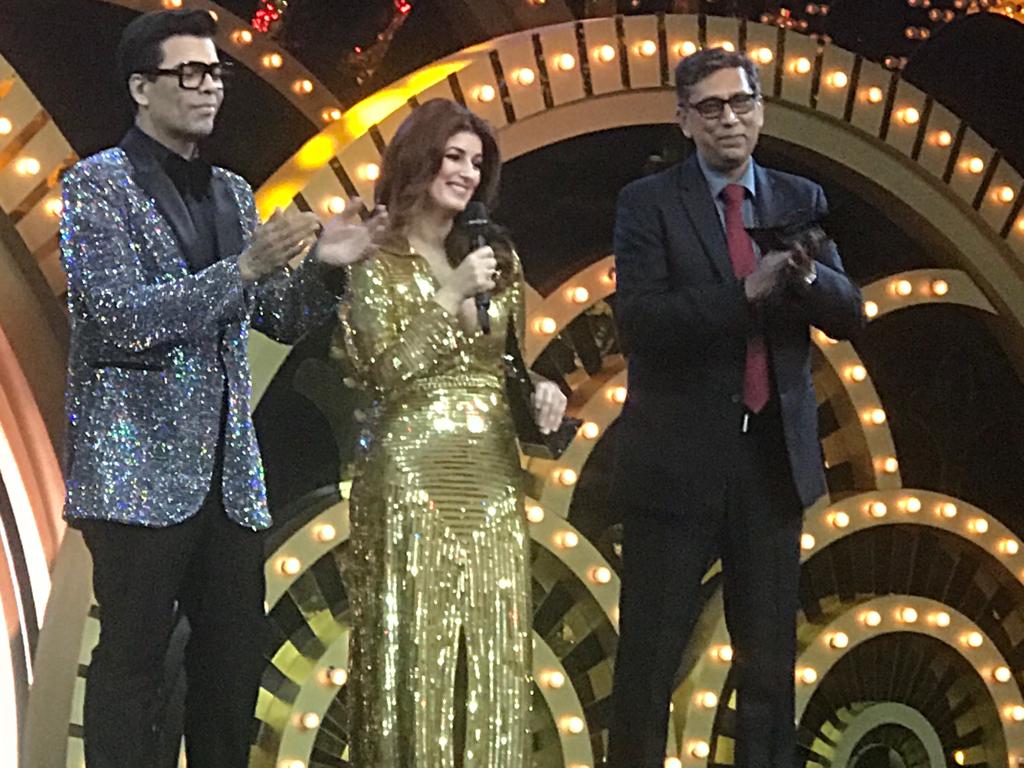 Twinkle Khanna won the HT Most Stylish author award. She said, “Steve jobs wore black turtleneck everyday of his life and he was a genius, Karan has never repeated the same dress so I don’t know what it says about him.” Twinkle dubbed Karan and herself Tweedledum and Tweedledee. 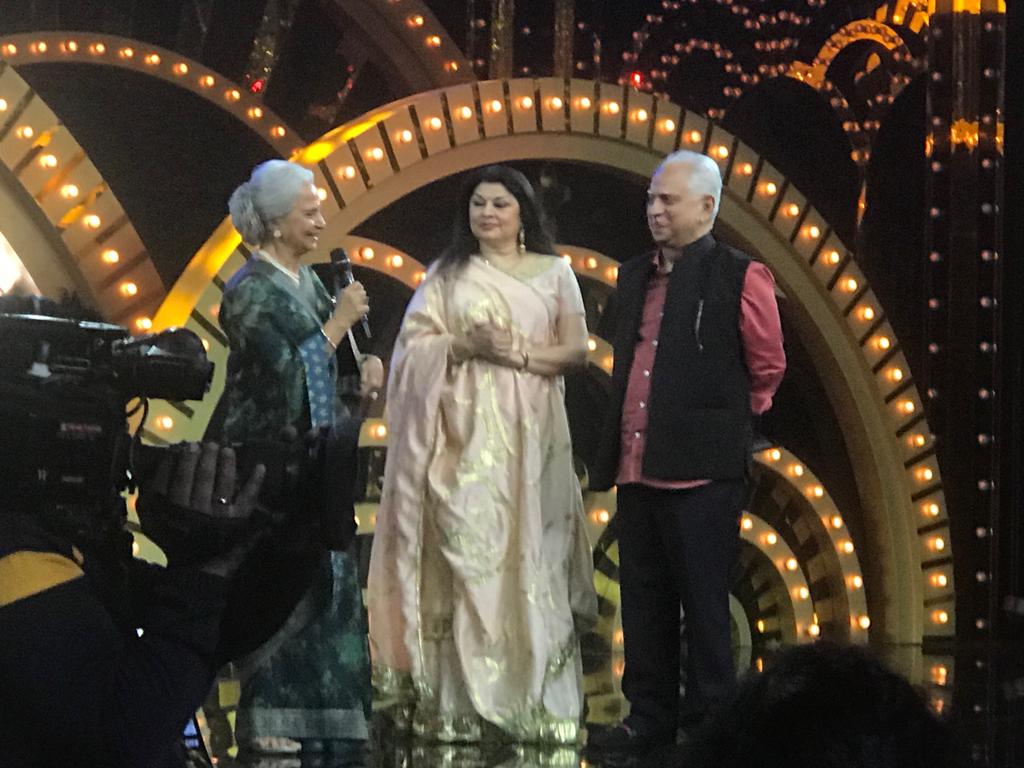 Jeep Badge of Honour goes to Vicky Kaushal, HT Most Stylish director (male) is Rohit Shetty. Rohit said, “Last year I gave the biggest hit, this is my first award.”

Akshay Kumar and Anushka Sharma are here. Check out pictures. 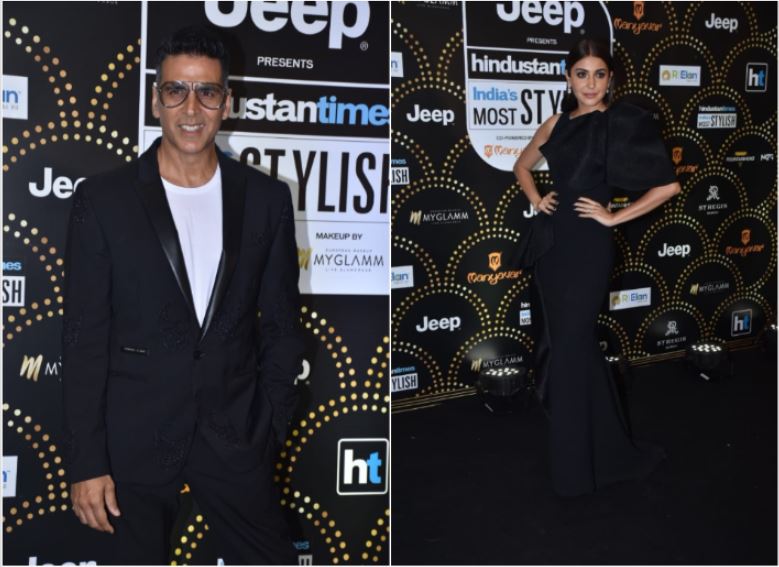 HT Style Game changer award goes to Sonakshi Sinha, who says, “My game has had to be changed very drastically, and trust me it takes an army of people. I have inherited some of that shotgun swag and I carry it well.” 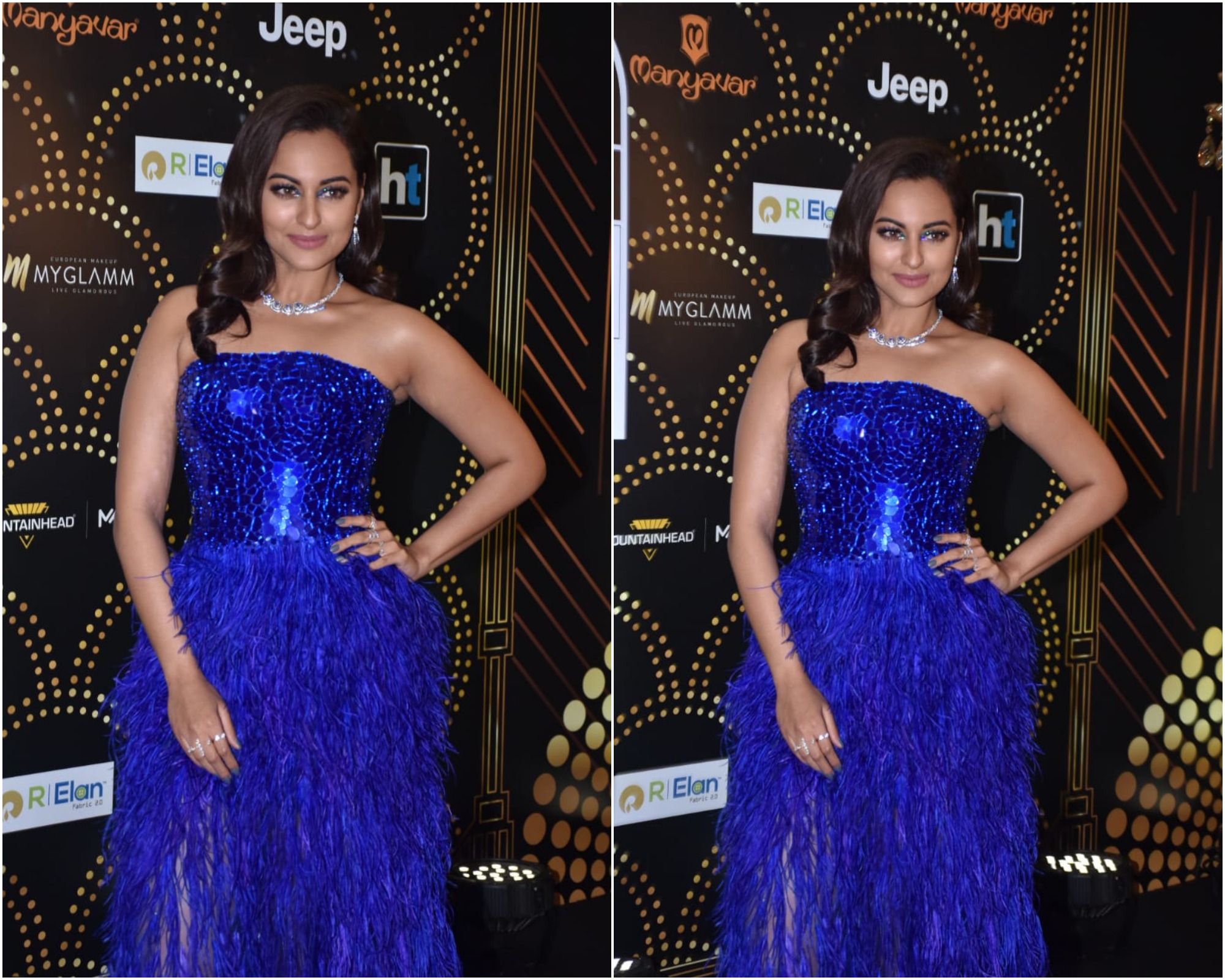 Actor Ranveer Singh made a splashy entrance at the HT India’s Most Stylish awards. Wearing a neon suit and a new moustache, the Gully Boy actor was in his element. 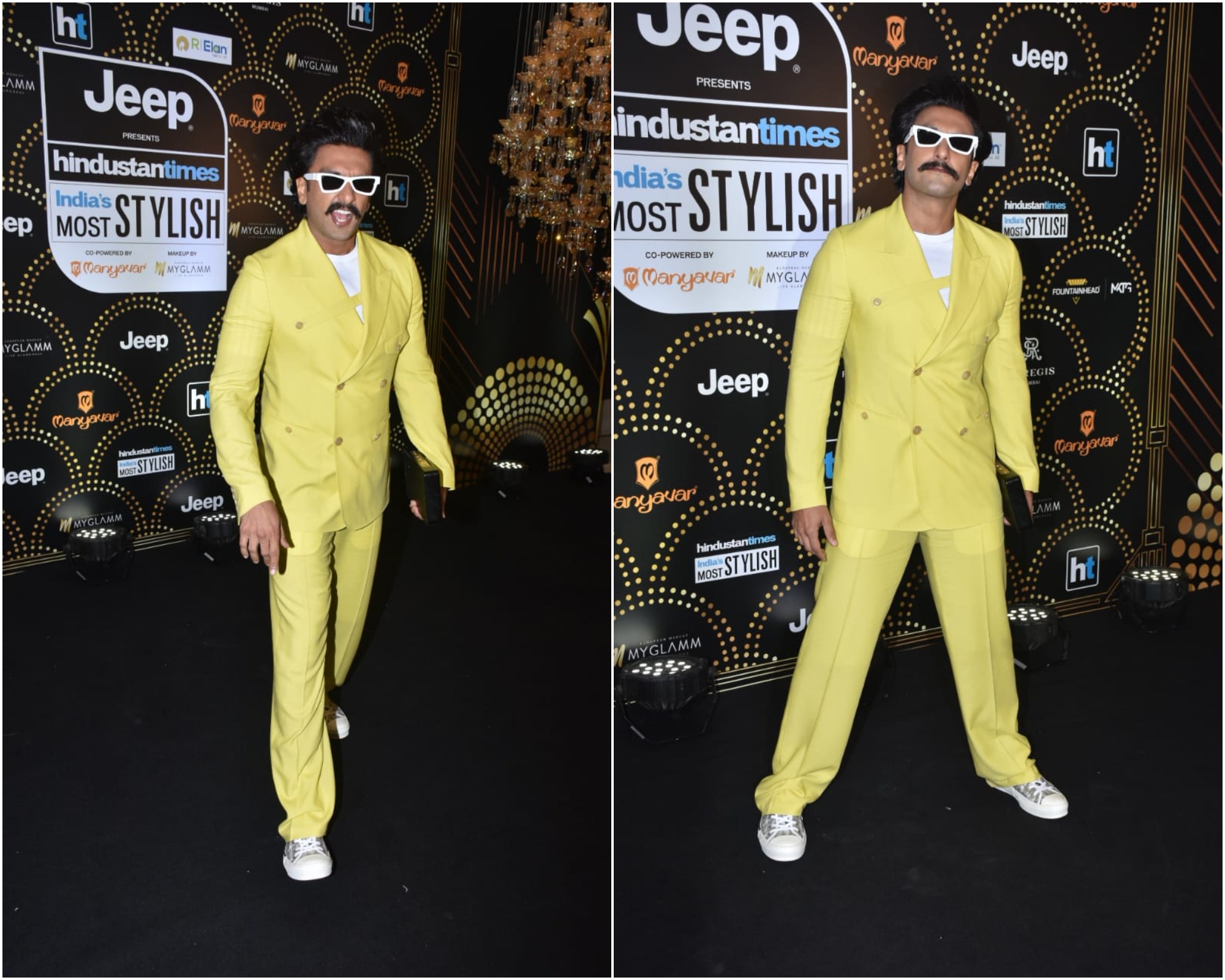 Telugu actor Vijay Deverakonda wins. He says in his acceptance speech, “Mumbai if you are wondering who the f**k this is, I am a Telugu actor.”

Shah Rukh Khan and his wife Gauri have won the HT Most Stylish Couple award. “Everything I know about style is actually Gauri,” Shah Rukh said. Gauri added, “Every time we are stepping out, I am ready in 20 minutes but he takes 2-3 hours. Tonight I put in a lot of effort and took three hours and he took six.” 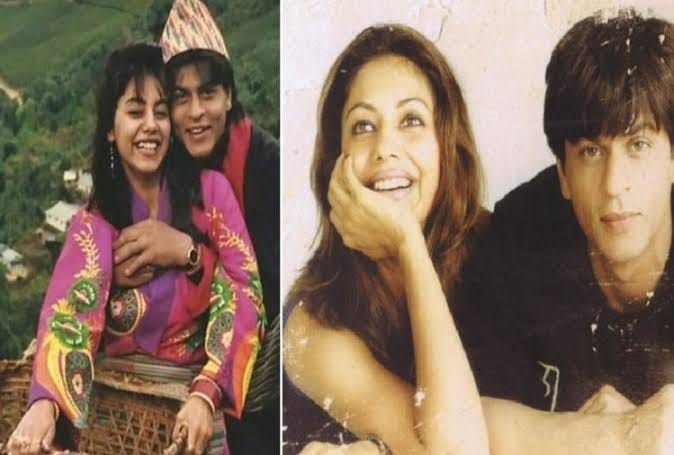 Shah Rukh continued, “I am basic and boring and she brings in the beauty.” Reacting to the couple’s old photos, Shah Rukh said, “I was very poor and Gauri was middle class when we shot this picture. I had promised to take her to Paris but I took her to Darjeeling and thought she will take it as Paris. This is our honeymoon in Darjeeling.” 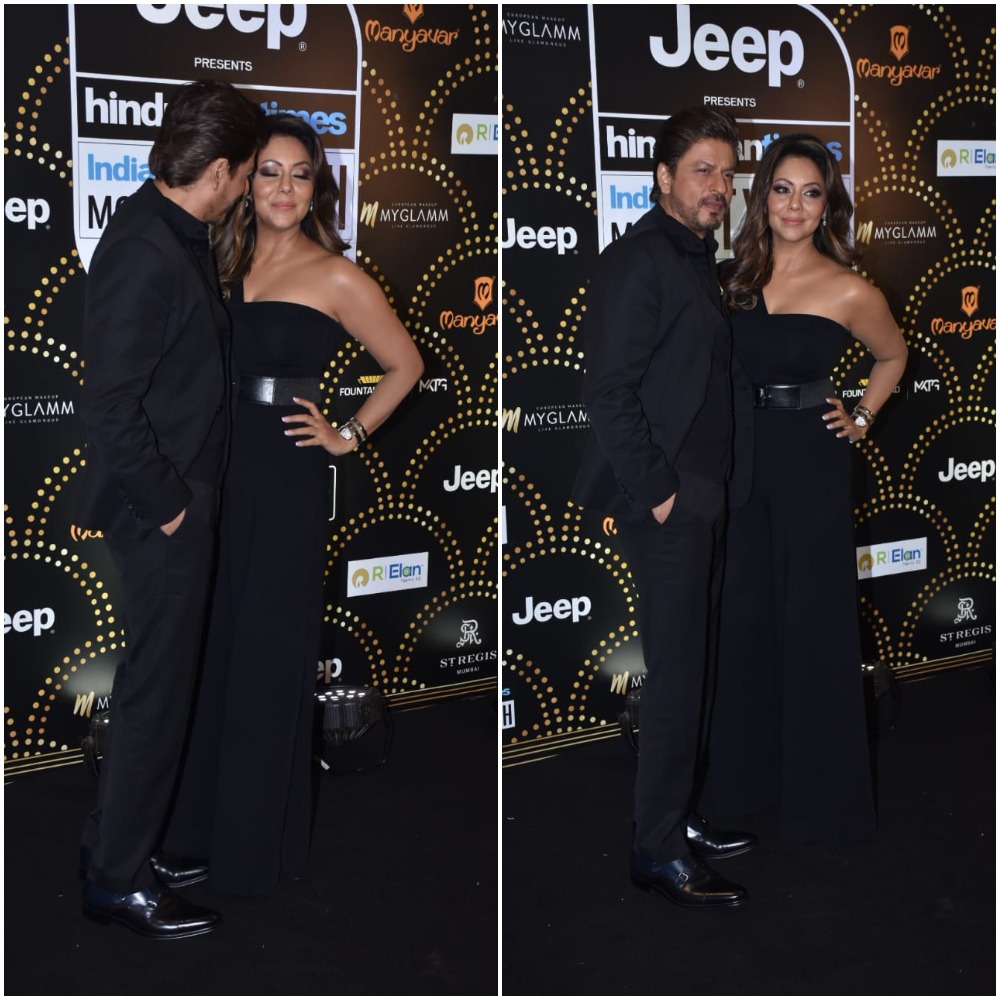 King Khan is in the house!

Shah Rukh Khan arrived at the event with wife Gauri Khan. He also danced with host Radhika Apte on stage. 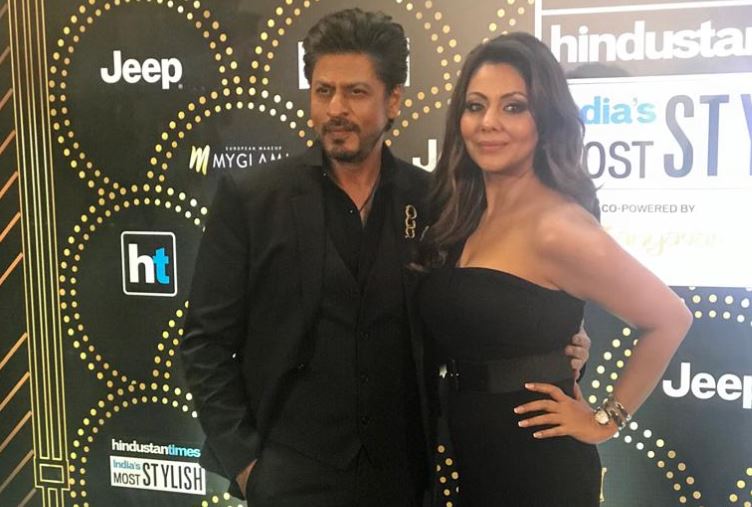 HT Most Stylish Sports Personality award goes to Heena Sidhu. The award was presented by Aparshakti Khurana. Meanwhile, Taapsee Pannu was presented with the HT Style Trailblazer award by Chunky Pandey and Renu Tandon. “At least some award show has considered me worthy,” said Taapsee in her acceptance speech. 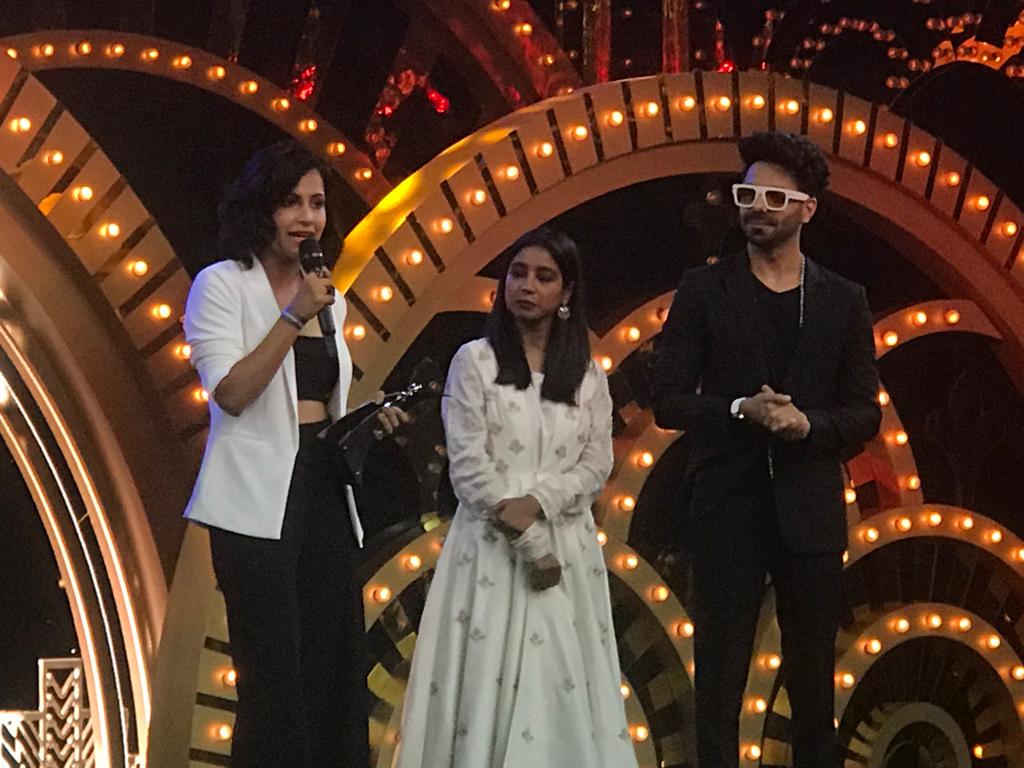 Journalist Shireen Bhan wins the second award of the evening. She said in her acceptance speech that style for her is having a point of view and having courage to express that point of view.

The first award of the evening goes to Anamika Khanna. She said the award “empowers me to take more steps that are just mine.” The award was presented by Sheetal Mafatlal and Gauahar Khan. 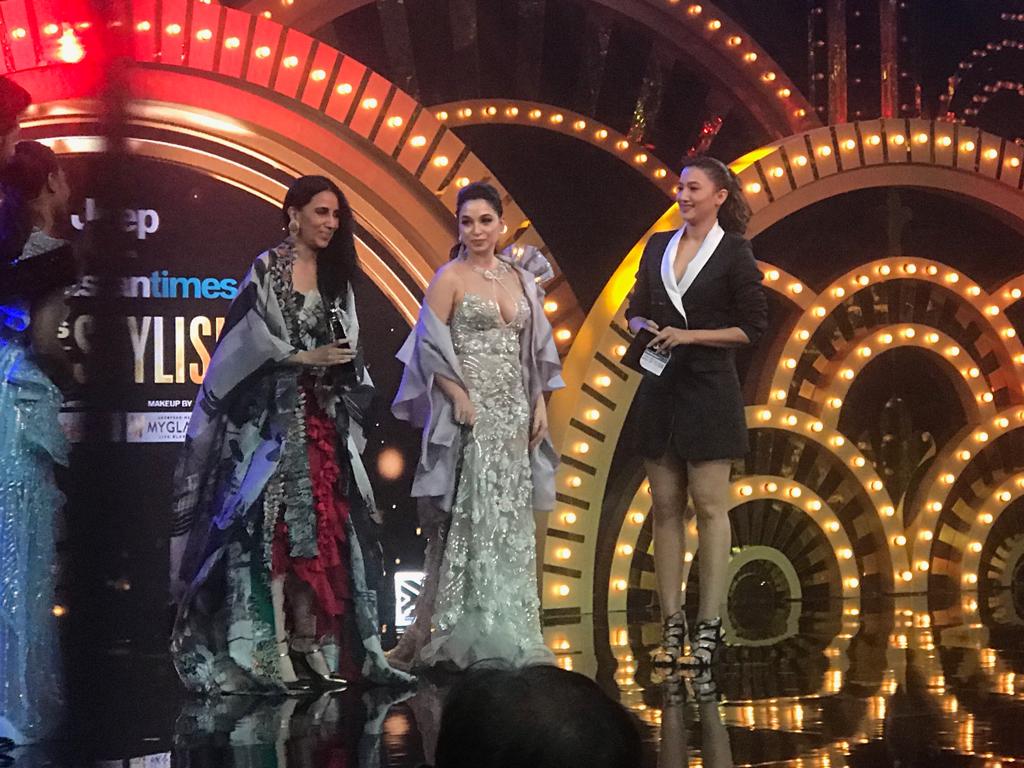 Hosts Vicky Kaushal and Radhika Apte kick off the show

“This is our first time as hosts, and we’re really looking forward to it, so, yeah, fingers crossed,” Vicky said at the event. 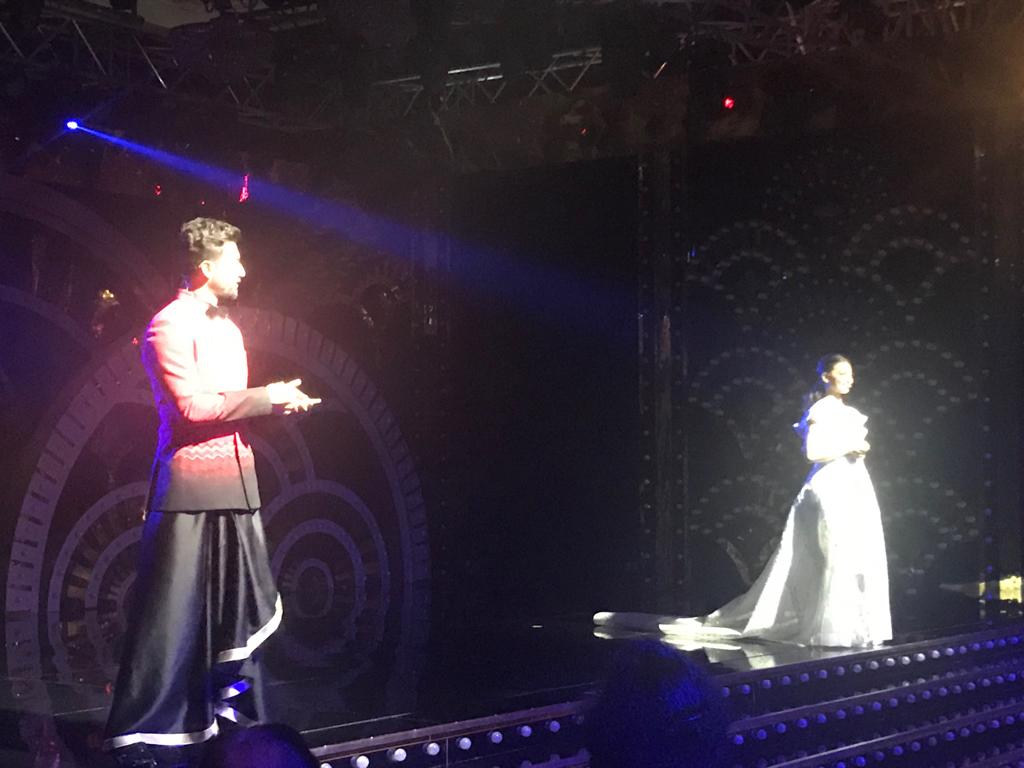 Kapil Sharma is in the house!

TV host and comedian Kapil Sharma has arrived at the Black Carpet for the HT India’s Most Stylish 2019 - wearing denims and neon sneakers! 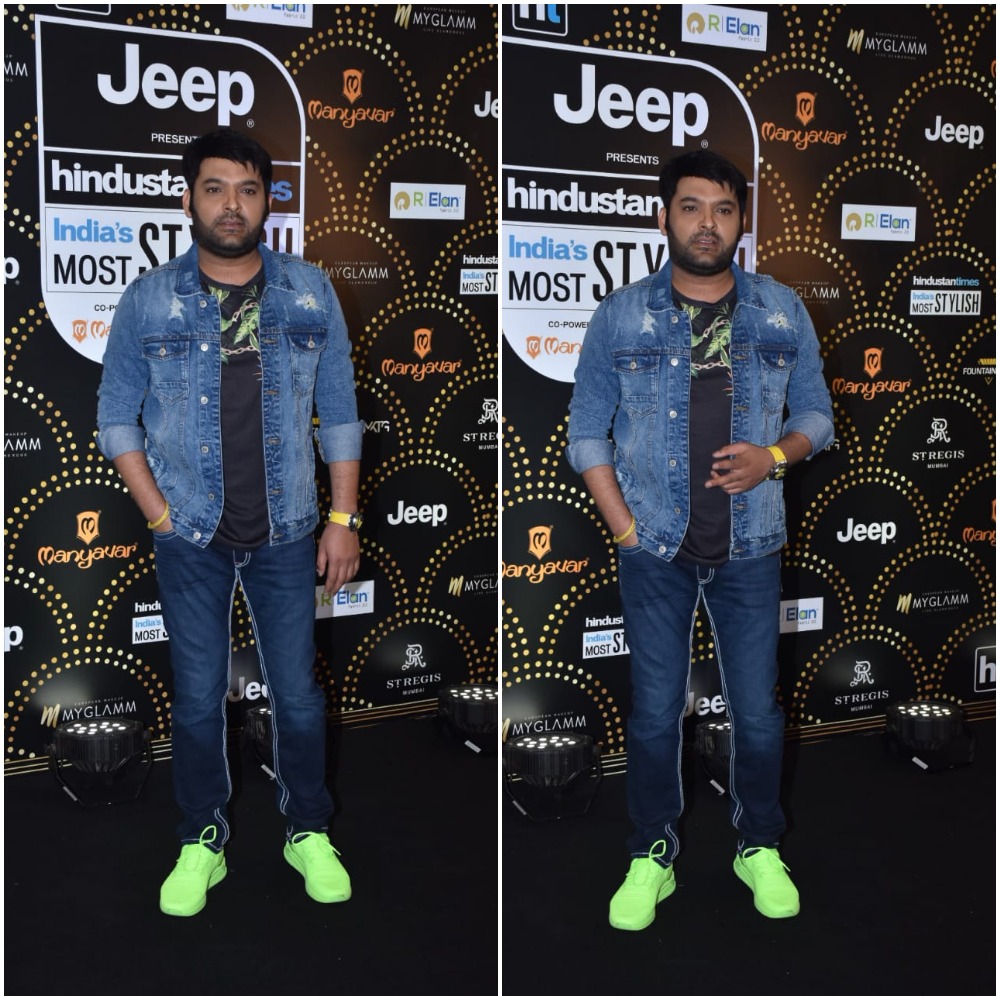 Manmarziyaan actor Taapsee Pannu, television star Karan Tacker, Tusshar Kapoor and Chunky Pandey were the next to arrive at the Black Carpet for the HT India’s Most Stylish awards. 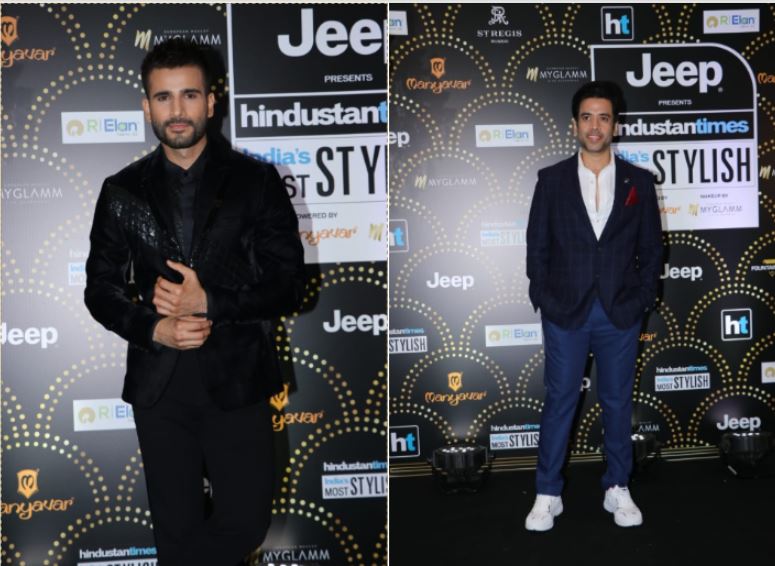 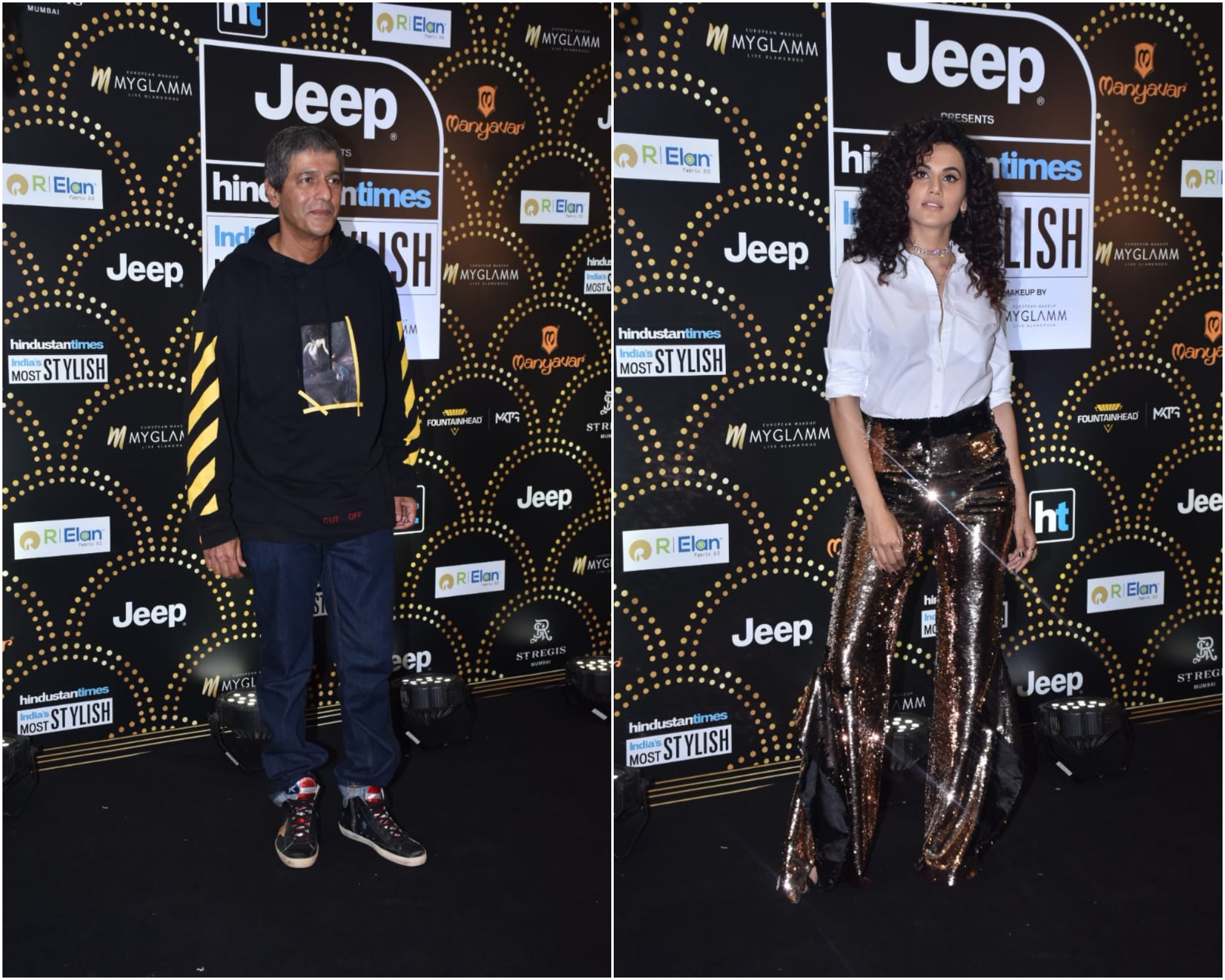 Actors Diana Penty, Angad Bedi and Kunal Kemmu have arrived at the HT India’s Most Stylish Awards 2019. Angad said he’s wearing Raghavendra Rathore, while Kunal said he didn’t know who designed his outfit. “I feel confident and ready to take over the world,” Diana said. 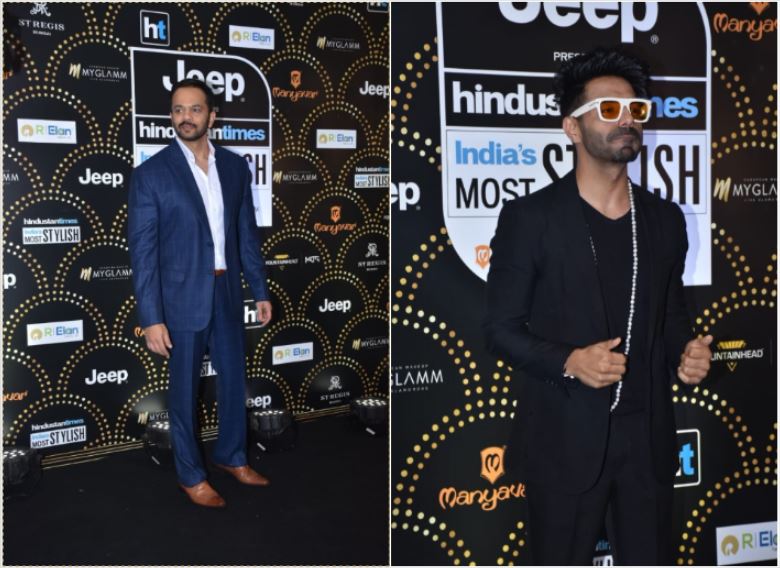 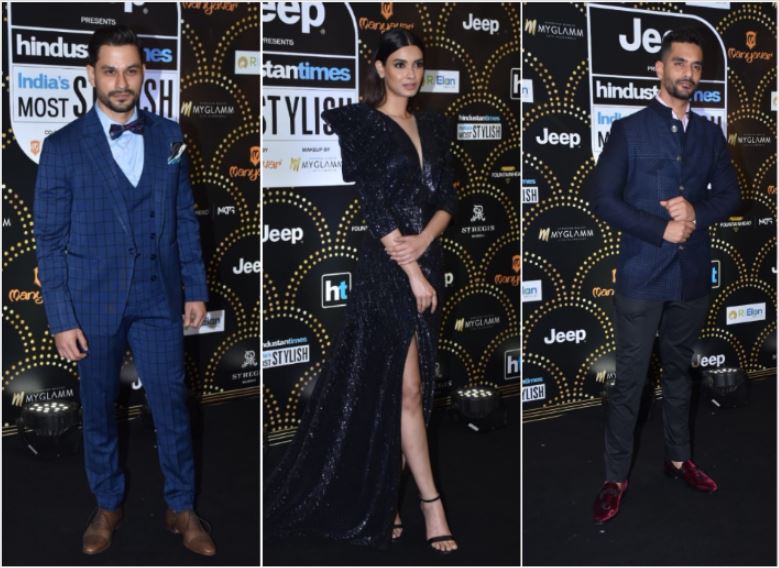 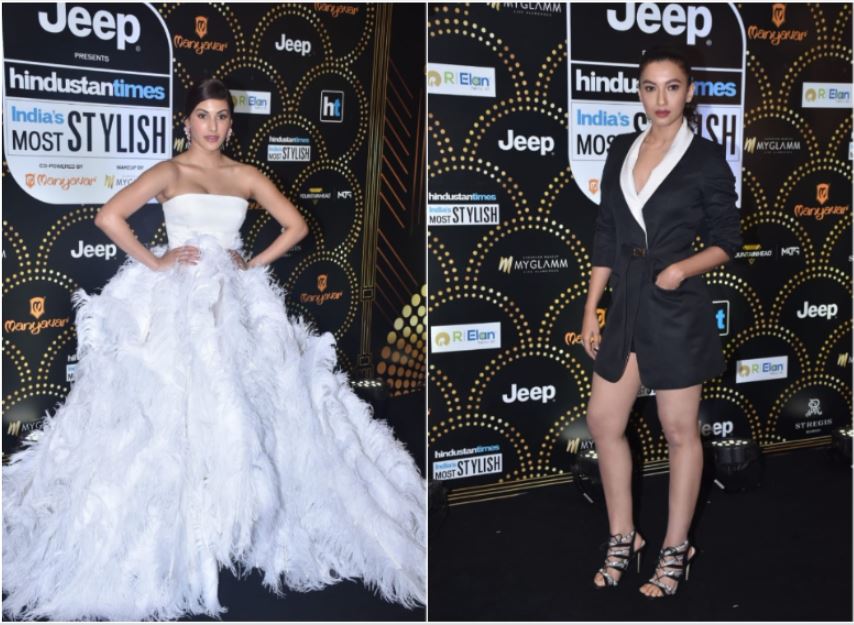 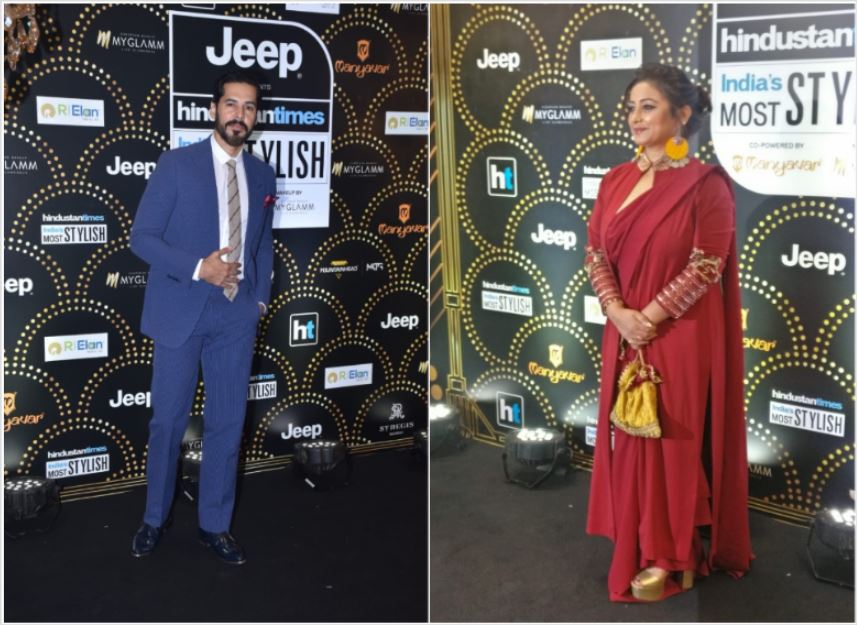 Actor Ayushmann Khurrana has arrived at the Black Carpet, looking dapper with a moustache. 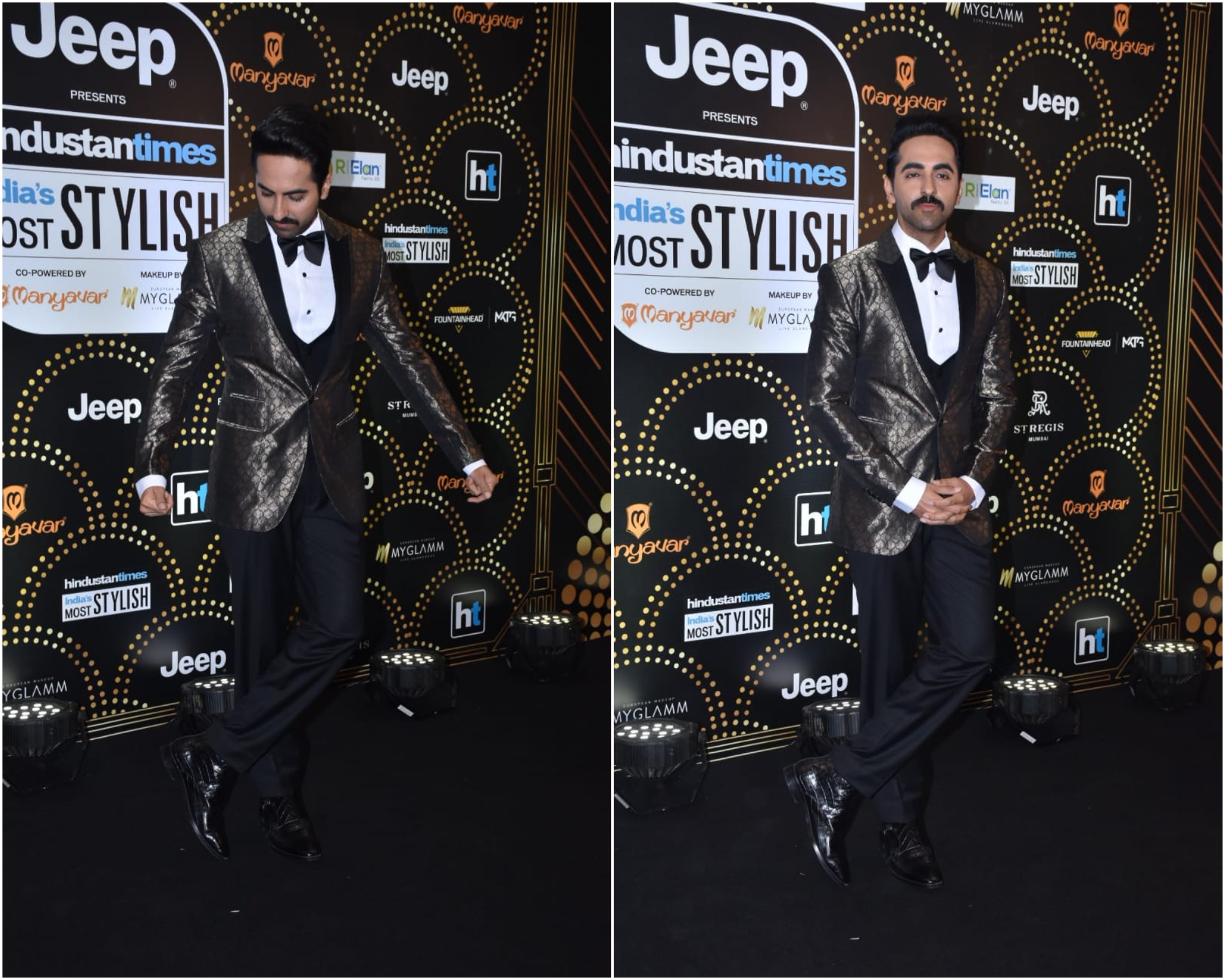 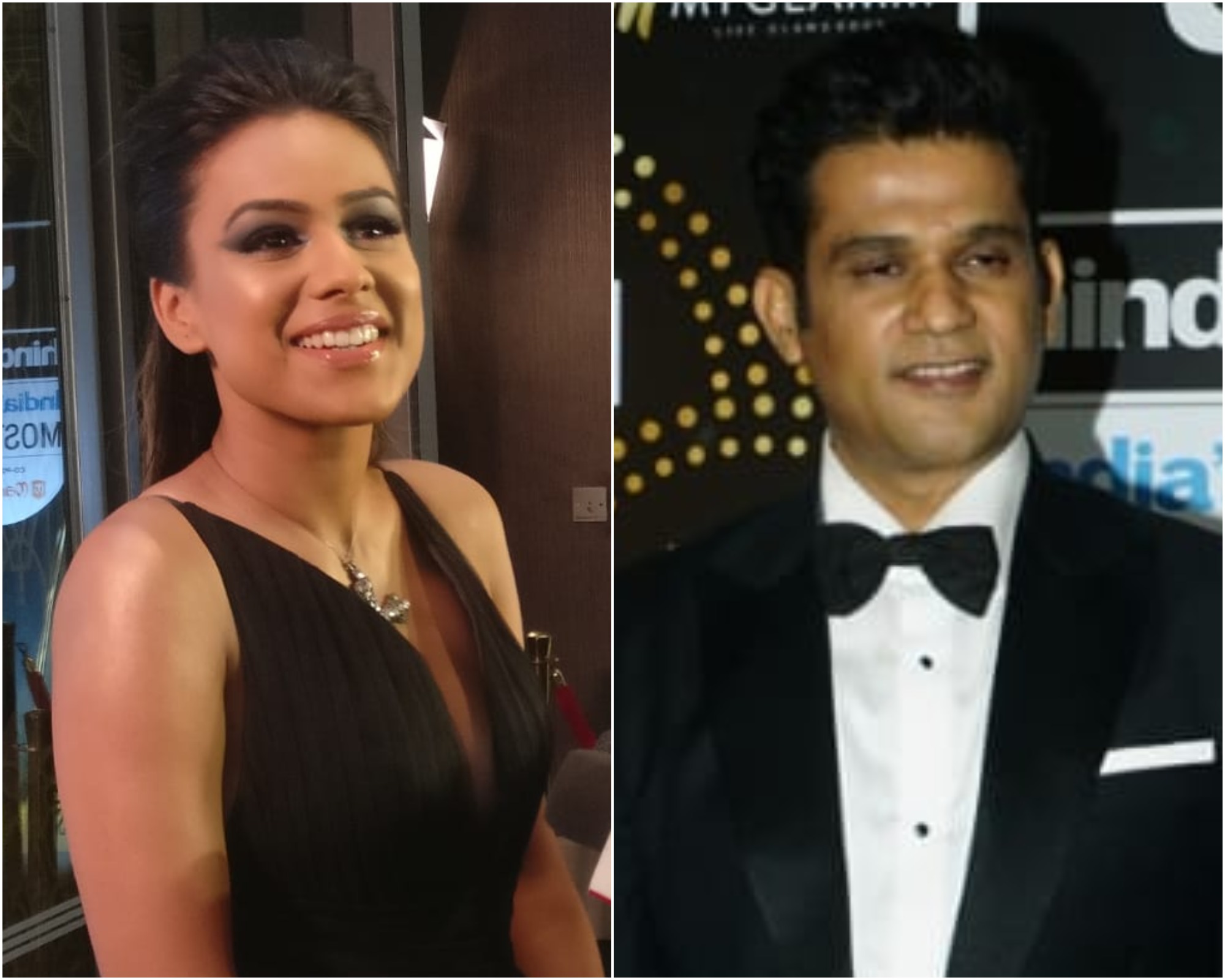 Check out more pictures of Vicky Kaushal and Radhika Apte

Vicky Kaushal and Radhika Apte, who were a part of the anthology film Lust Stories, were among the firs to arrive on the ‘black carpet’. Check out their pictures. “This is our first time as hosts, and we’re really looking forward to it, so, yeah, fingers crossed,” Vicky said from the event. 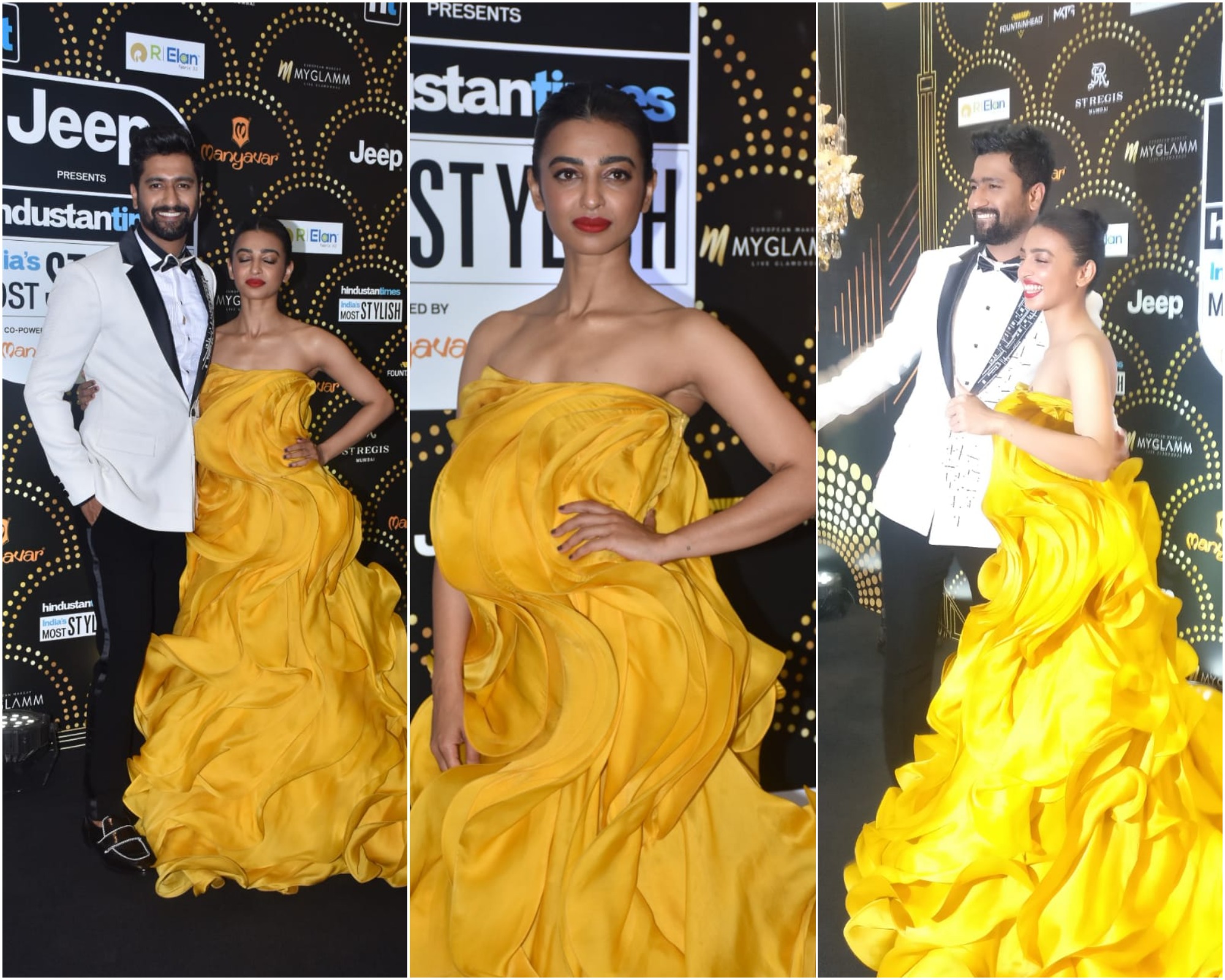 Actors Vicky Kaushal and Radhika Apte were the first to arrive for the HT India’s Most Stylish 2019 awards. Vicky recently starred in the recent blockbuster Uri: The Surgical Strike. Radhika appeared in two successful Netflix series, Sacred Games and Ghoul. 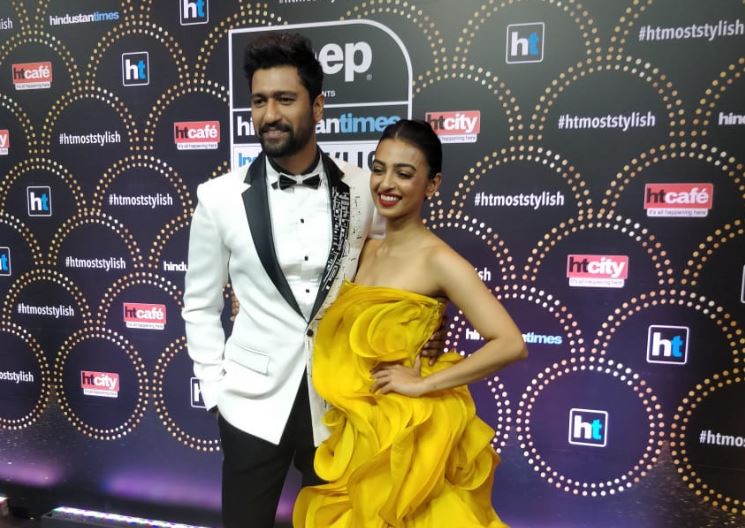 Ayushmann Khurrana to set the stage on fire

Actor Ayushmann Khurrana will perform at the HT India’s Most Stylish 2019. Video and pictures of his rehearsal are right here!

#HTMostStylish 2019 | Your favourite @ayushmannk is ready to rock and roll

Final checks are being conducted at the St Regis in Mumbai. Check out some pictures from just minutes before the show begins. 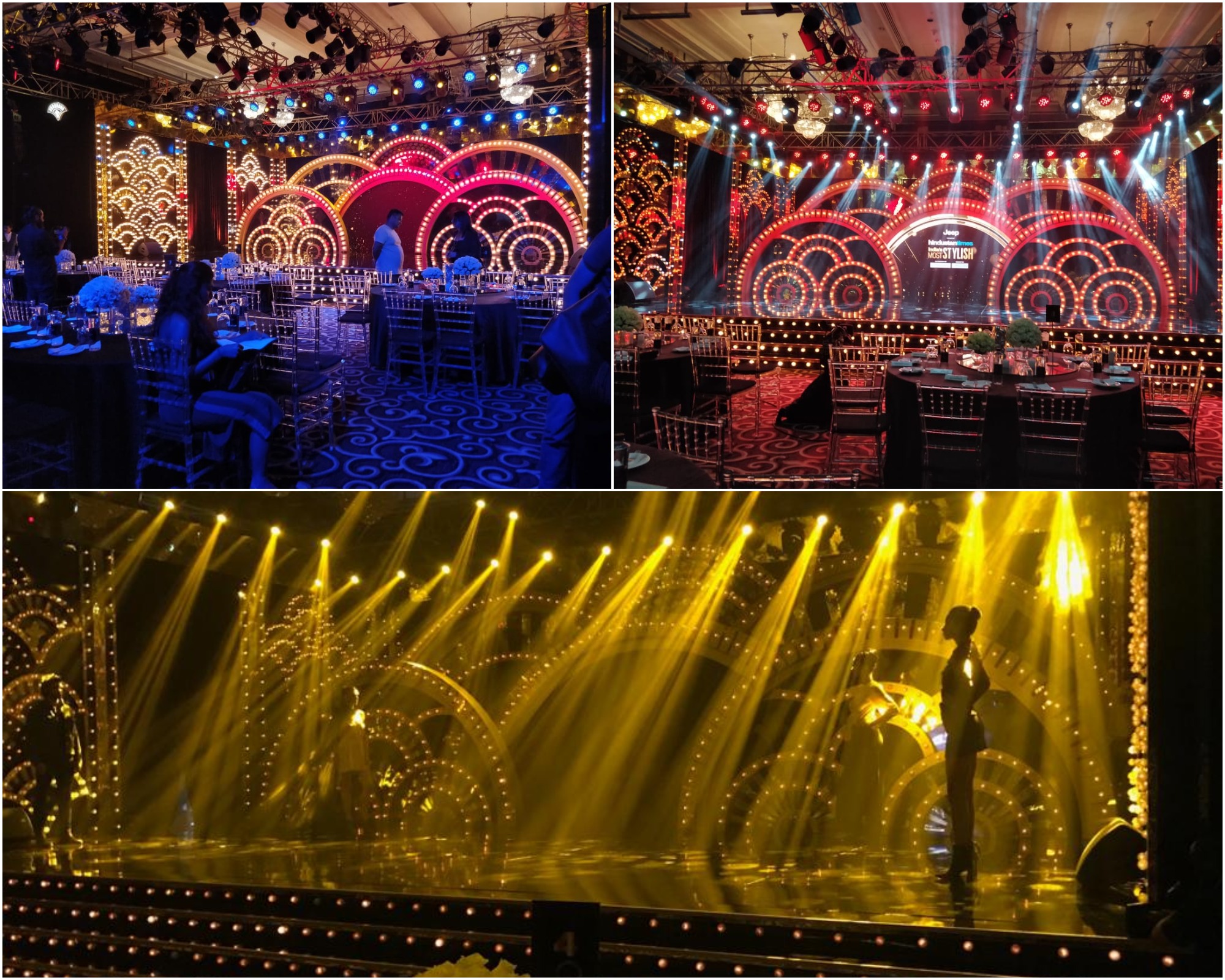 While Deepika Padukone won the India’s Most Stylish (female) award at the 2018 ceremony, Sonam took home the Global Style Icon Award. Kamal Haasan accepted the Hall of Fame award from his Sadma co-star, the late Sridevi and Rekha gave the sweetest speech about her mother and why sarees were so close to her heart. Read more about the 2018 show here.

Designer Manish Malhotra, whose creations will be showcased at the show, posted pictures ahead of the event, on his Instagram. He said at the red carpet, “I think these days men and women aren’t fearing being themselves, and I think that’s phenomenal.”

Stay tuned for the glamorous night of the year

Actor Ayushmann Khurrana, who delivered back-to-back hits with AndhaDhun and Badhaai Ho in 2018, was spotted rehearsing on stage at the Hindustan Times India’s Most Stylish Awards 2019. 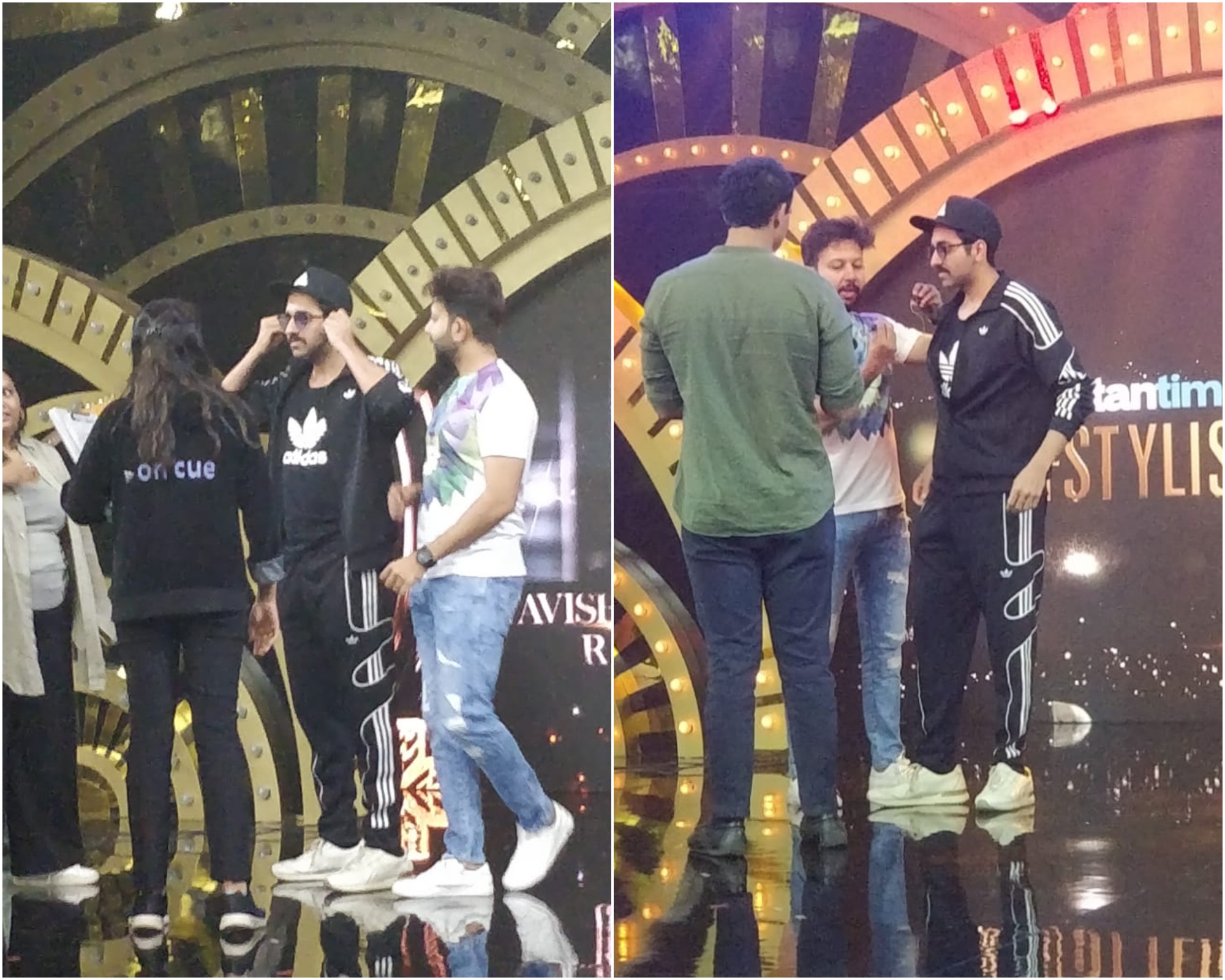