Priyanka Chopra and Nick Jonas celebrated their engagement with family and friends on Saturday evening. After a whirlwind romance of three months, Priyanka and Nick got engaged in a traditional Hindu ceremony on Saturday morning at the actor’s residence in Mumbai. Nick’s parents, father Kevin Jonas Sr and mother Denise, were present at the ceremony. Here are the highlights from Priyanka Chopra and Nick Jonas’ engagement party.

Alia Bhatt arrives for the party

Alia Bhatt arrives for the party in a black flowy dress with stars and moon detailing. 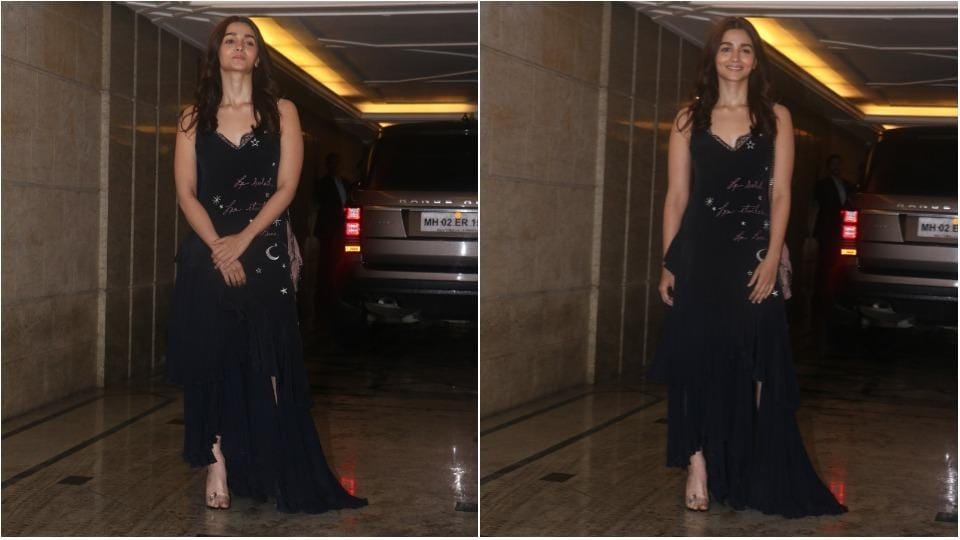 The Ambanis arrive for the party

Nick Jonas posts photo of his father with Priyanka’s relative

Nick Jonas has shared a cute picture of his father Kevin Sr with a senior member of Priyanka’s family. “Bade Papa and Papa Jonas,” he wrote with the post. 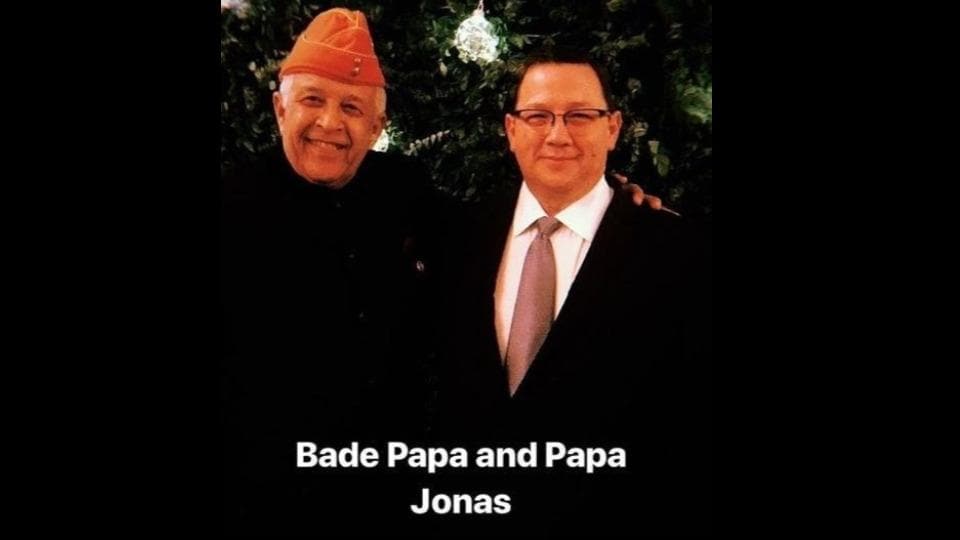 Nick Jonas shared this picture of his father on Instagram.
10:32pm IST

Priyanka’s mother, Madhu Chopra flashed a big smile as she arrived for the party. She was seen in a shiny off white silk saree. 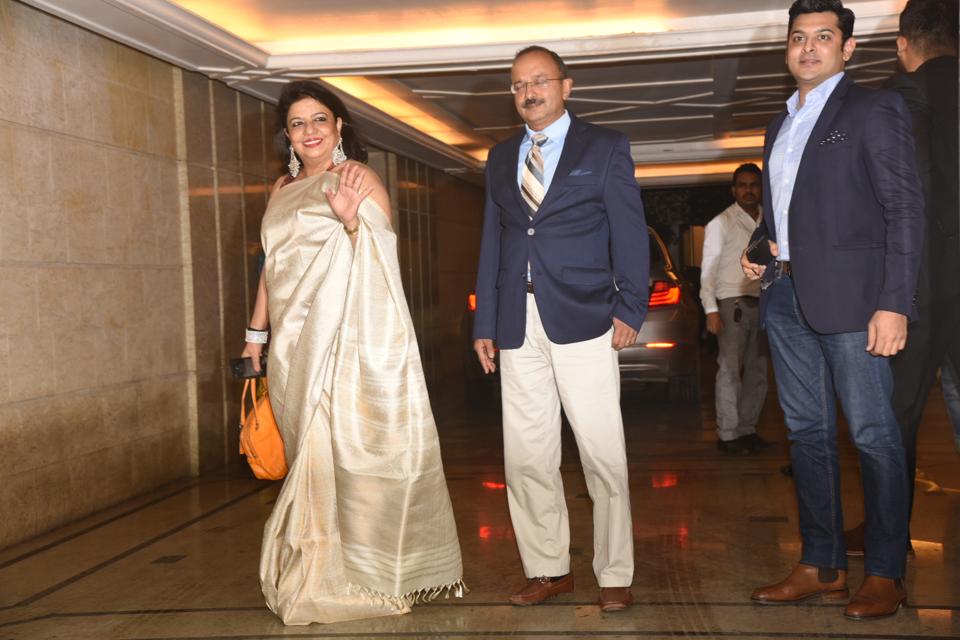 Film producer and actor Vidya Balan’s husband was spotted at the party. 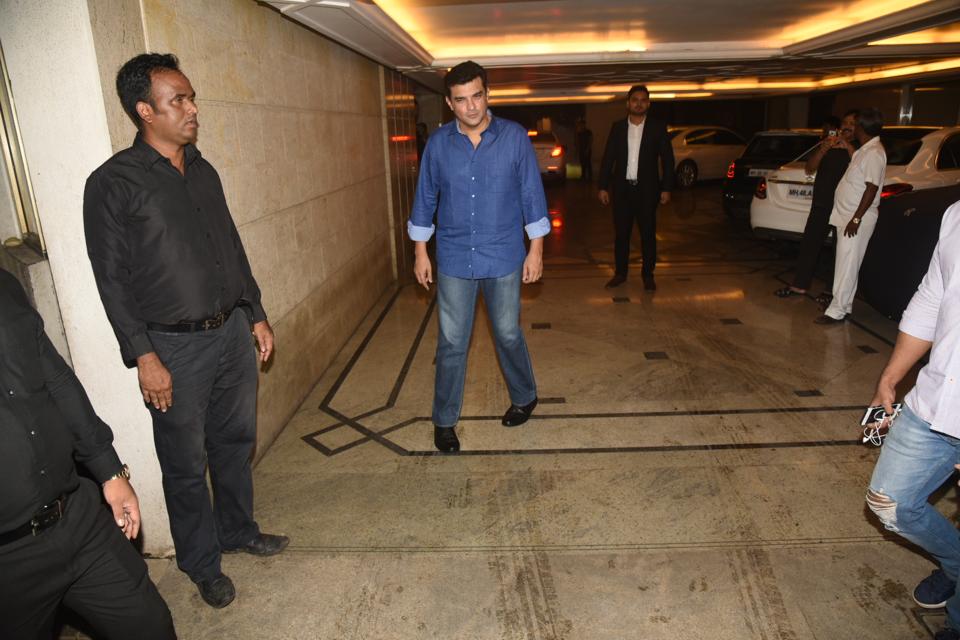 Parineeti Chopra has arrived at cousin Priyanka Chopra’s residence in Mumbai to celebrate her engagement with Nick Jonas. She is seen wearing a black dress. 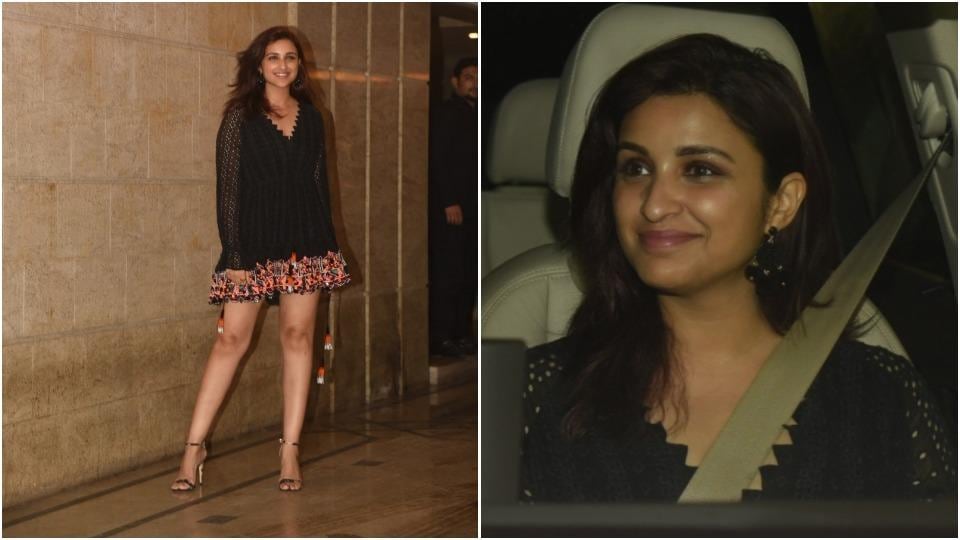 Nick Jonas has also shared pictures from the engagement ceremony with Priyanka Chopra. “Prayer, family and loved ones as the foundation to this new chapter,” he captioned the post.

Prayer, family and loved ones as the foundation to this new chapter. 🇮🇳

The final part of the Jonas Brothers trio has also shared his wishes for the new couple. “Congratulations,” he posted with a picture of Priyanka and Nick on his Instagram stories.

Anusha Dandekar has shared a picture with Priyanka Chopra and Nick Jonas after their engagement.

I always knew one thing was certain, she deserved true love.❤️ Then her Prince came along for real... not to rescue her because god knows she does that all on her own and HOW! #globaldomination #newagefairytale ... But someone to love her the way she loves, laugh with her endlessly, keep it 💯 & live the happily ever after that everyone who wants to love and be loved deserve. We’ve had many chats on love over pancakes & in planes & you know I’ve always wanted you to shine in love the way you do now! I am beyond happy for you @priyankachopra @nickjonas you make love look so easy, beautiful & special... Congratulations ❤️ #roka #happytears 💍😍

Game of Thrones star Sophie Turner shared wishes for her future sister-in-law, Priyanka Chopra. “Wow. First I’m blessed with an incredible future brother-in-law, and now such an beautiful, inside and out, future sister-in-law. I’m so excited to welcome you into the family @priyankachopra . I love you both @nickjonas,” she captioned a photo.

Parineeti Chopra has shared a special wish for her cousin with a picture on Instagram.

Nick’s father, Kevin Jonas took shared sweet messages for his to-be daughter-in-law. “So happy for the engagement of our son nick jonas and we welcome priyanka chopra into our family with love and excitement,” he wrote in a post.

Anushka Sharma has shared her wishes for Priyanka Chopra. “Lots of love , immense joy and happiness to you both @priyankachopra @nickjonas... Here’s to starting the most beautiful journey of your lives,” she wrote in her tweet.

Joe Jonas took to Instagram to wish brother Nick. “I couldn’t be happier for my brother. Welcome to the family @priyankachopra We love you,” he captioned his post.

I couldn’t be happier for my brother. Welcome to the family @priyankachopra We love you 🤗