Actor Aayush Sharma’s birthday party saw some of the top names from the film industry attend it. The biggest of them being brother-in-law Salman Khan, who came in with rumoured girlfriend Iulia Vantur. The Khan family was substantially represented -- Arbaaz Khan was accompanied by girlfriend Giorgio Adriani, while Sohail Khan was there with wife Seema.

Missing from the scene was Kareena Kapoor Khan, who was spotted at the screening of husband Saif Ali Khan’s Baazaar. Kartik and Kiara came in for the bash after walking the ramp for Manish Malhotra at a fashion show, earlier in the evening. Also present was Swara Bhaskar.

While Sonakshi stun in white, showing off her svelte figure, Jacqueline wowed in a bright red suit. Aayush Sharma made his Bollywood debut this year in Salman’s in-house production, Love Yatri.

Check out the pictures here: 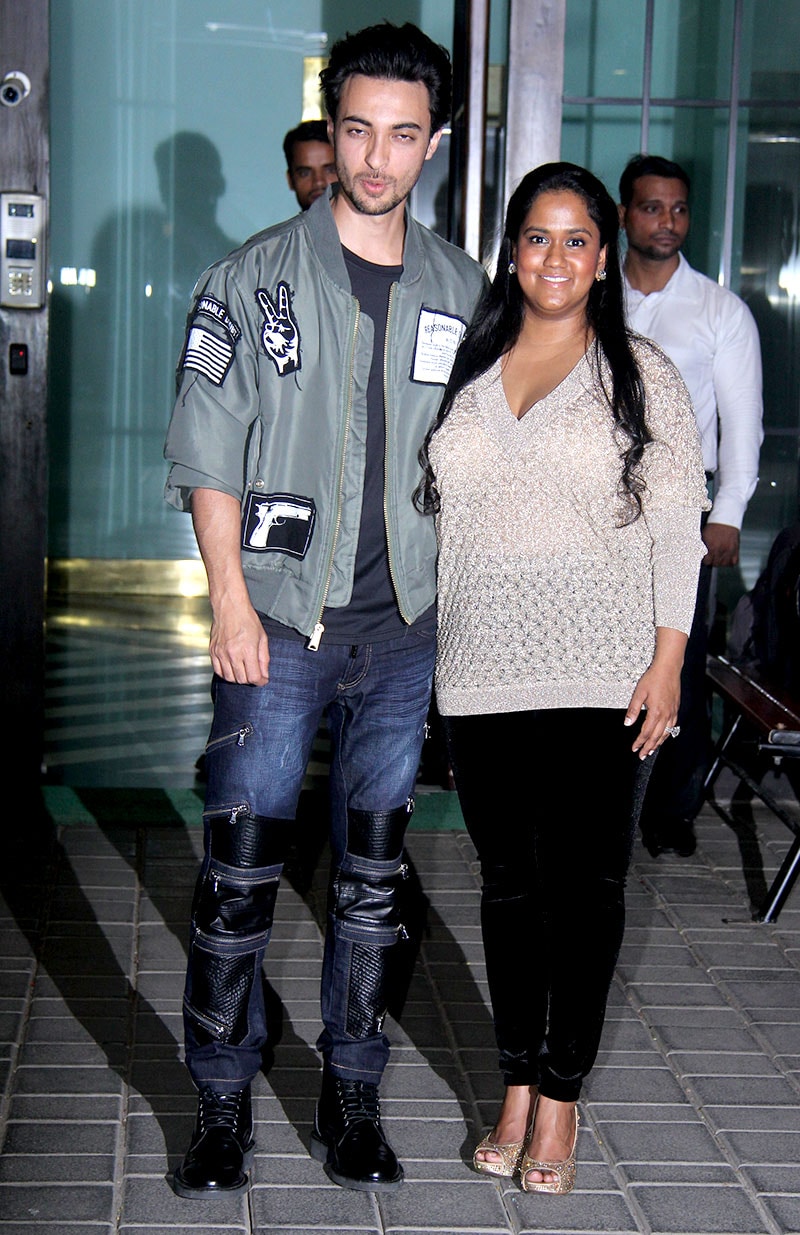 Aayush Sharma and Arpita Khan pose for the camera. Karan Johar turned up too for the bash. Kiara Advani smiles to the camera outside Aayush and Arpita’s home. Shilpa Shetty in a pink avatar. The lovely Dia Mirza at the do.