Actor Varun Dhawan has reportedly postponed his engagement, and is concentrating on his next project, Coolie No 1, which will reunite him with father and filmmaker David Dhawan. Varun was supposed to get engaged to his long-time girlfriend Natasha Dalal on his birthday, on 24 April.

Deccan Chronicle quoted a source as saying, “We heard the plan was to announce Coolie No. 1 and bring Varun’s girlfriend Natasha out on the stage as the bahu of the Dhawan family. But there were last-minute changes of plan and Varun flew out of the country for his birthday with his girlfriend.”

Varun’s latest release, the period drama Kalank, has underperformed at the box office. The ensemble film is struggling to cross the Rs 100 crore mark domestically, despite a reported budget of Rs 150 crore. The actor recently announced that he would be starring in a re-imagining of the 1995 comedy film, Coolie No 1, which starred Govinda in the lead role. This is the second remake in a row that Varun and David have worked on together, following the successful Judwaa 2. 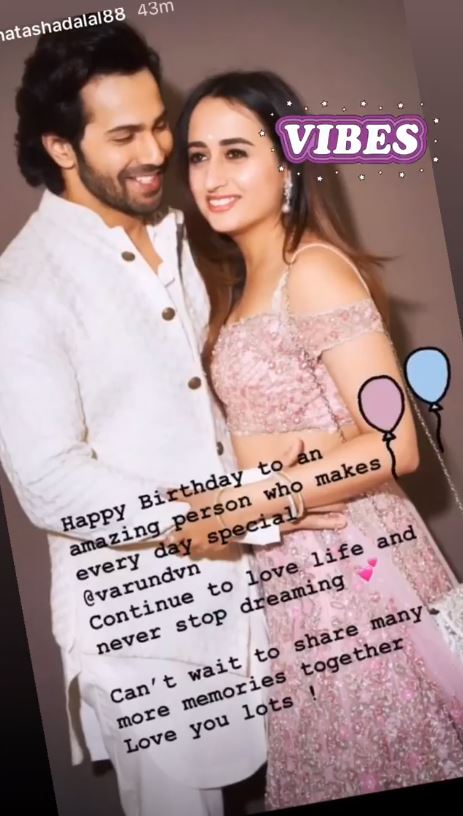 The source continued, “Varun is very busy right now. He needs to take time off from his schedule and devote time to engagement and wedding. It will all happen in due course.”

The actor is often seen in public with Natasha, and was snapped celebrating Holi with her. On his birthday, she left him a romantic note on her Instagram stories. “Happy birthday to an amazing person who makes everyday special Varun. Continue to love life and never stop dreaming. Can’t wait to share more memories together. Love you lots!” she’d written.

Varun had spoken about Natasha in an episode of Koffee with Karan. He said, “I’m with her because she has her own individuality, she has her own voice which is super strong with things she wants to do and things she wants to achieve in life. And, as her partner, that is something I want to support. And, she has been so supportive where my career is concerned, always, from day one actually.”