Separated from families, uncertainty looms over deportation in Rohingya settlements

Over the weekend, police rounded up the 169 people from the city and took them to the Hiranagar jail detention centre
READ FULL STORY
By Ravi Krishnan Khajuria, Jammu

The family members of the 169 Rohingya community members who were taken to a detention centre at a prison in Jammu have now been confined to their settlement clusters in the city’s Kathua district, where many described a sense of dread since the detentions and repeated appeals to the government of India not to deport them to Myanmar.

Over the weekend, police rounded up the 169 people from the city and took them to the Hiranagar jail detention centre, which officials said received more refugees recently from other districts of the union territory, such as Sambha. “We appeal Indian government not to detain us. Only we know what we survived back home in Burma and how we reached here. Our parents have been killed. Even policemen are fleeing Burma now,” said Mohammad Shahzahan (27), who came to Jammu after felling what the United Nations has described as ethnic cleansing in Myanmar. 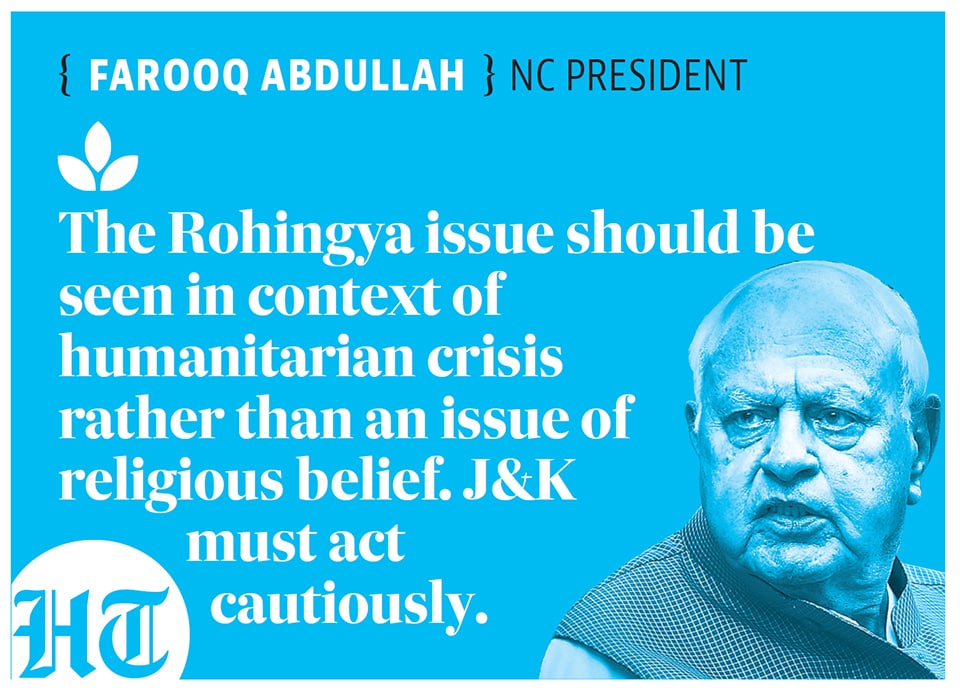 Rohingyas are a community of Muslims speaking the Bengali dialect. Since the early 1990s, more than a million of them have fled Myanmar following waves of violence. Myanmar at present is going through a new wave of strife after the military displaced the government in a coup. Dozens of anti-coup protesters have since been killed.

Shahzahan, speaking from the refugee settlement cluster in Kiryani Talab in Narwal area, said that he and other Rohingya would happily go back to their country once peace returned. “But please do not treat us like militants. If our days are over here, then send us to any other country,” he added. Access to the settlement has been cut off by policemen who now guard a main access gate and a nearby Madarsa. Several of the family members left behind after the 169 people were taken include children, some as young as 2.