A Jammu and Kashmir police constable, a Special Forces officer and an Indian Air Force pilot are among the 84 security personnel whose names have been approved for top gallantry awards by President Ram Nath Kovind on the eve of Independence Day, according to a government release issued on Friday. 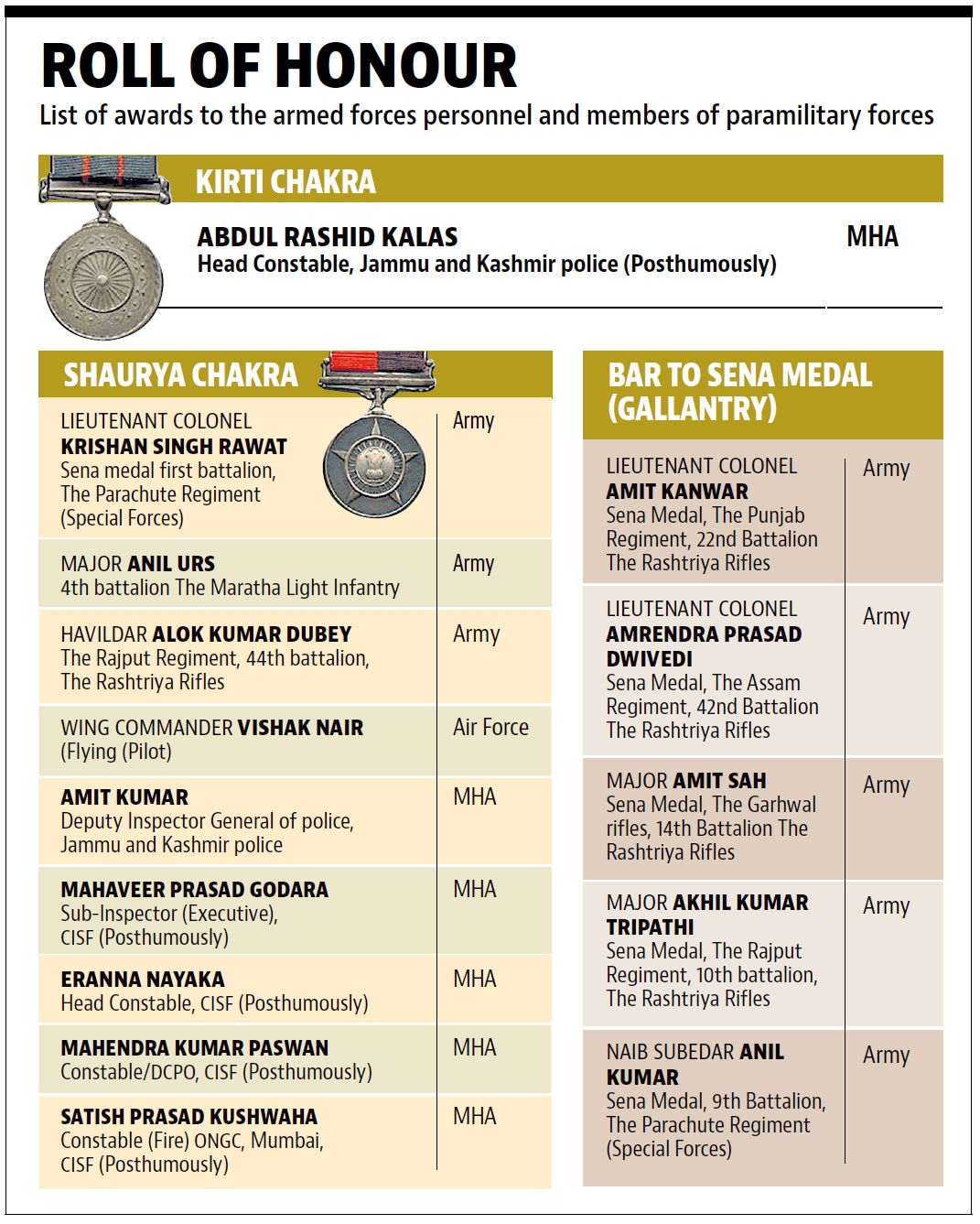 Lieutenant Colonel Rawat, 1 Para (Special Forces), has been awarded the Shaurya Chakra for an operation near the Line of Control in Jammu & Kashmir. Rawat and his team waited in ambush for 36 hours before they engaged a group of terrorist infiltrators. Four terrorists were killed in the operation. His citation praises his resolute leadership and conspicuous gallantry.

Major Urs also led an operation along the LoC in which five terrorist infiltrators were killed. His citation says he displayed “raw courage, marksmanship and rare combat leadership, while ensuring safety of his team.”

During a counterterrorism operation in Kashmir, Havildar Dubey killed a Category A++ terrorist at short range. “His courageous action prevented the escape of the terrorists and eventually resulted in the elimination of all four terrorists,” his citation said.