China is fortifying defences across Ladakh border, not prepping to disengage

China’s PLA, contrary to media reports, is not moving back from Finger 4 on the north bank of Pangong Tso and is carrying out an exercise to widen and black tar a road between Finger 6 and Finger 8 to enable faster deployment of troops.

Reinforcements of People’s Liberation Army (PLA) posts, relocation of troops, and rapid strengthening of road infrastructure across the friction points in occupied Aksai Chin over the past 30 days – all clearly indicate that China is preparing for a long haul along the 3,488km Line of Actual Control (LAC), keeping up the pressure on India even as the two countries talk disengagement and de-escalataion.

The ninth round of the India-China military dialogue on disengagement and de-escalation is expected to take place soon.

According to senior military commanders, PLA is constructing more than 10 dugouts each at Samar Lungpa, 30km east of Karakoram Pass; and at Mount Sajum, south of Rechin La. It is also increasing troop deployment at Qizil Jilga, 70km east of Daulet Beg Oldi (DBO).

India and China have major differences on their respective perceptions of the LAC at these points, as noted during the failed exchange of maps on June 17, 2002. This difference is as significant as 176 sq-km at Samar Lungpa, and 129 sq-km at Mount Sajum. Qizil Jilga is a major PLA outpost. Although a section of South Block believes that PLA wants to disengage and de-escalate soon, available intelligence, such as this, point to the contrary, and means that the Indian Army may well have to spend the entire winter in subpolar Ladakh. 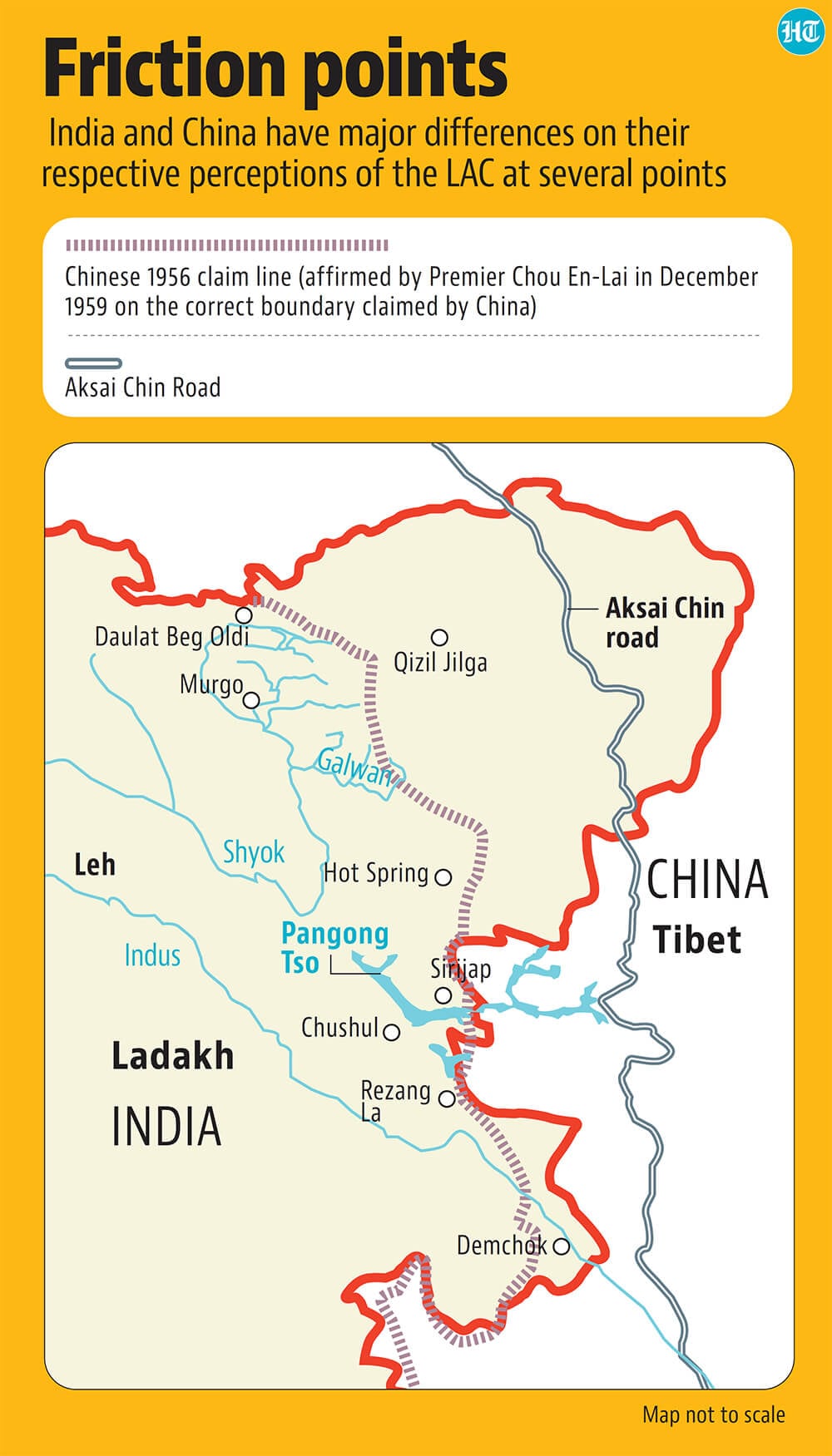 For instance, the movement of over 60 heavy-equipment transport vehicles has been noticed on the road from Shendong to Spanggur Gap, just south of Chushul, and surveillance equipment is being installed by the Chinese all along the LAC in Ladakh. Chinese tank transporters have also been noticed at Gobak, 60km east of LAC indicating that PLA has not let their guard down. Finally, there has been redeployment of troops in Aksai Chin at Rudog, Mapotheng, Sumxi, and west of Chang La, north-east of Demchok.

According to Indian national security planners, the Chinese army is undertaking strategic road construction for faster deployment on LAC with focus on the Depsang Bulge area and the DBO sector. It is understood that PLA is constructing a road north of Karakoram Pass to Chip Chap Valley for faster deployment across the DBO post. Road construction is also ongoing near Chuti Chang La, across the Depsang Bulge, a mere 8km from LAC. Depsang Bulge has been a friction point between the two armies since early 2013 transgressions by PLA. While there have been news reports about PLA deciding to move back to Finger 8 on the north bank of Pangong Tso from its present position of Finger 4, it is, in reality, undertaking an exercise to widen and black tar a road from Finger 6 to Finger 8. Again the motive is faster deployment of PLA in case of a flare-up on the north banks of the frozen salt water lake.

With PLA fully deployed across LAC, China has stationed container housing modules across all the friction points including Jeevan Nullah in Depsang Plains and Dehra La across the Bulge area. At least 285 container units have come up south west of Samzungling, in the depth area of the Galwan Valley, which saw a flare-up on June 15.

Shiqaunhe Town across Chumar has been turned into a major army supply depot with heavy construction materials stationed there to maintain continuous supply of heavy equipment.