The revocation of the suspension of 12 Opposition MPs, who faced action for their conduct on the last day of the monsoon session, hinges on an expression of regret from the Opposition or a suo motu move by the government.
Share Via
Copy Link
BySaubhadra Chatterji, New Delhi

With the Upper House crawling back to normalcy, Rajya Sabha chairman Venkaiah Naidu met government managers and key Opposition leaders last Friday and told them to look into the possibilities of ending the suspension of 12 MPs who have been barred for the entire session.

The revocation of the suspension of 12 Opposition MPs, who faced action for their conduct on the last day of the monsoon session, hinges on an expression of regret from the Opposition or a suo motu move by the government.

The Opposition has so far refused to express regret and even challenged the decision on technical points. On Monday, the Upper House would be discussing price rise—a pet issue for the Opposition. Opposition leaders maintained that they are keen to participate in the discussion but their protests would go on outside Parliament unless the suspension order is lifted.

In the meeting, a functionary present said, Naidu urged both sides to talk among themselves and see if the suspension issue can be resolved. “A senior government leader maintained that a statement or a submission expressing regret in some way is expected from the Opposition.”

Last Monday, six Congress MPs, a couple of MPs both from Trinamool and Shiv Sena and one lawmaker each from the CPI(M) and the CPI were suspended for the entire session.

In the meeting, government managers proposed that the parties can give individual statements or the Leader of Opposition can speak for all of them. But so far, the government is still trying to extract an apology or expression of regret for the unruly scenes of the last session. 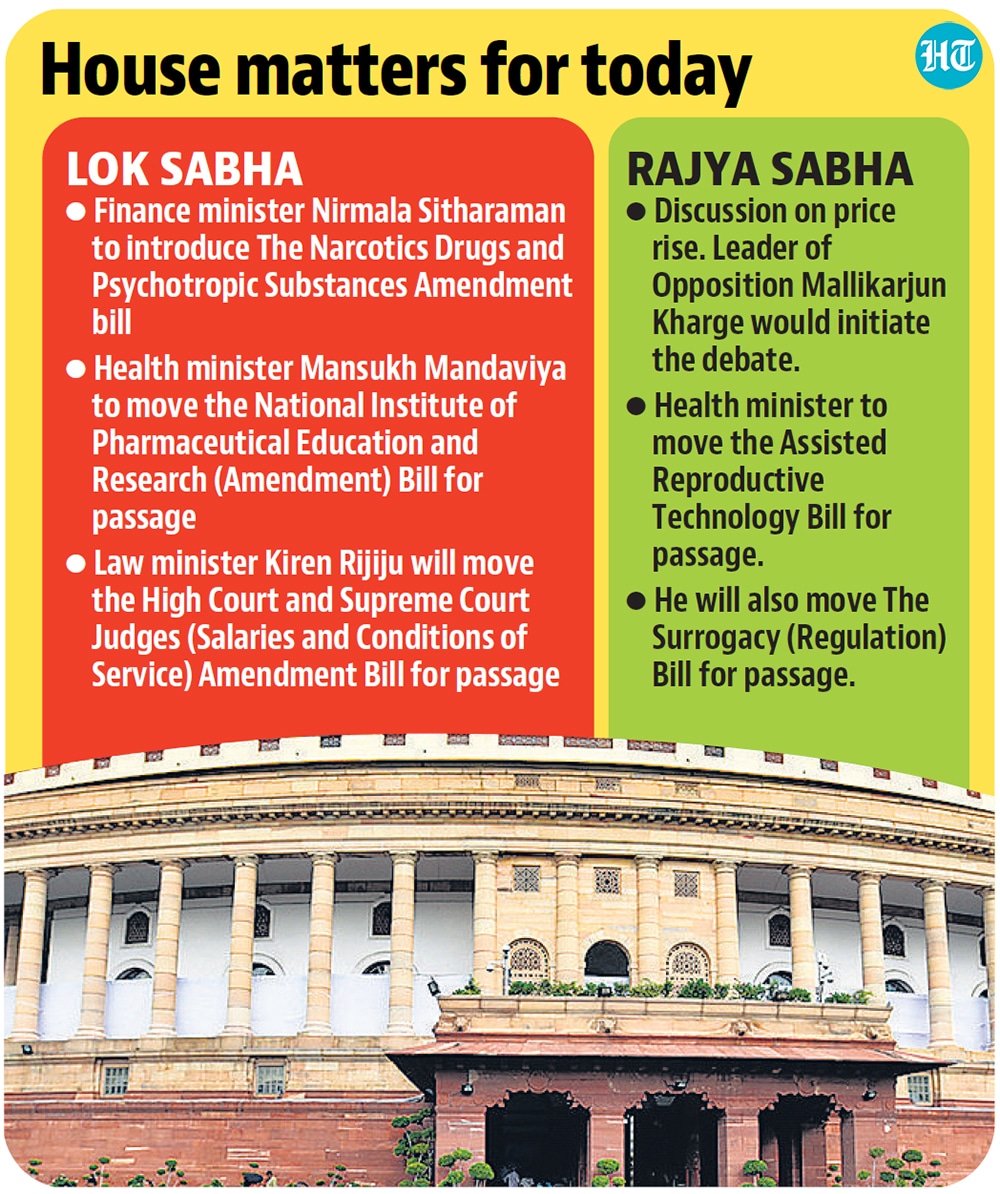 “The Upper House, that lost 52.30% of the scheduled sitting time in the first week of the winter session, scored 100% productivity last Friday and 95% on the previous day last week, showing signs of return of the House to normal functioning,” said a Rajya Sabha official.

On Friday, 22 private members’ bills were introduced in the Upper House but no discussion could take place. A private bill seeking to amend the Preamble of the Constitution was put on hold due to Opposition pressure.

Addressing the Upper House on Friday, Naidu said, “It is human to err and it is also human to make amends. One cannot refuse to amend and insist on glossing over the wrong doings... I urge both the sides of this august House to talk it out and let the House do its mandated job.”

As Opposition members argued that the suspension was not in order, Naidu said, “...Some of the respected leaders and members of this august House, in their wisdom, chose to describe the suspension of 12 members as ‘undemocratic’. I have struggled to understand if there was any justification in that kind of a narrative being propagated but could not.”

The leader of the Opposition had written to Naidu last week to maintain that moving the motion on suspension and its adoption was a “gross violation of Rules of Procedure regarding suspension of members provided under Rule 256” and he was not allowed to raise a point of order when the motion was being moved.