About 35 per cent voter turnout in six hours in the fourth and final phase of voting in the state, reported news agency.

Villagers in several assembly constituencies have boycotted the polling protesting against the district administration for failing to provide basic facilities in their areas. Voters of Baragadia Dalitsahi in Sukinda Assembly constituency boycotted the polls against the inaction of the administration to shift them from Kalinganagar industrial area in Jajpur district, reported news agency.

17% voter turnout recorded till 11 am

Voting for the fourth and final phase of polling for six Lok Sabha and 41 assembly constituencies witnessed 17 per cent voter turnout till 11 am.

An estimated nine per cent of the 95.06 lakh voters exercised their franchise in the first two hours of polling on Monday in six Lok Sabha and 41 assembly constituencies of Odisha, reported news agency.

Patkura Assembly seat will vote on May 19, following the death of BJD candidate

This is the fourth and final phase of polling in Odisha, except for the Patkura Assembly seat, where voting will be held on May 19, following the death of the BJD candidate.

Technical glitches in EVMs delayed polling in 60 booths, but it resumed after the snags were rectified, reported news agencies.

The key constituencies going to polls in the fourth phase are Bhandaripokhari, Balikuda-Erasama, Basta and Kendrapara.

People queuing up to vote in a booth in Balasore Lok sabha constituency. 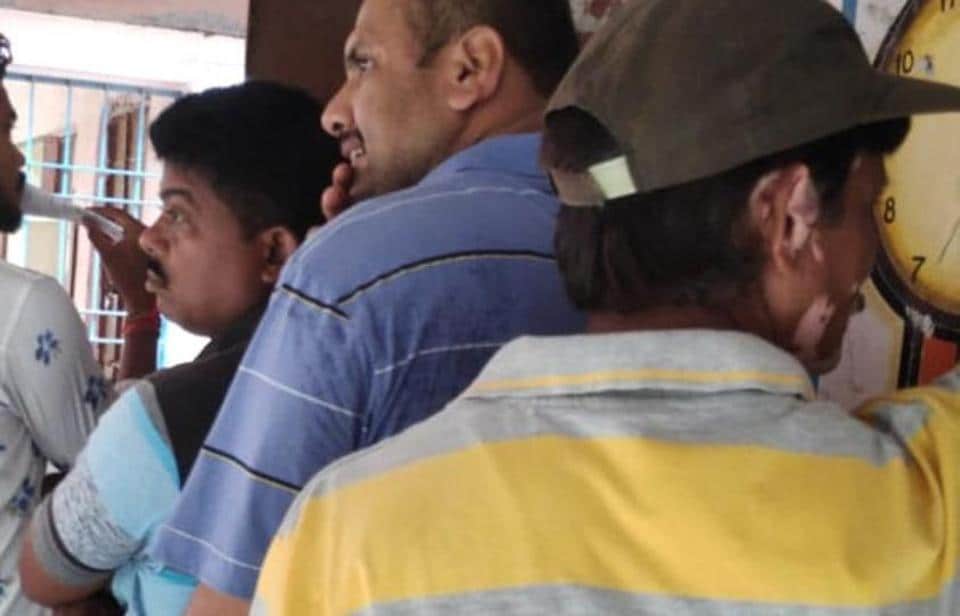 In 42 Assembly seats, fight is mostly between BJD, BJP

In the 42 Assembly seats, the fight is mostly between BJD and BJP while Congress seems relevant in about 15-odd seats.

More than 9.5 million voters in the 42 assembly constituencies will cast their votes across the state.

The Central Armed Police Force has been deployed at critical polling stations, while CCTVs have been installed at 554 booths and webcasting is being carried out at 1126 booths, reported news agency.

In 2014, the Bharatiya Janata Party (BJP) registered its biggest ever victory in Jharkhand, winning 12 out of the 14 seats in the state. The BJP polled 40.7% of the total votes polled, 16.1 percentage points more than what the alliance of Congress, Jharkhand Mukti Morcha (JMM) and the Rashtriya Janata Dal (RJD) could manage. Read more