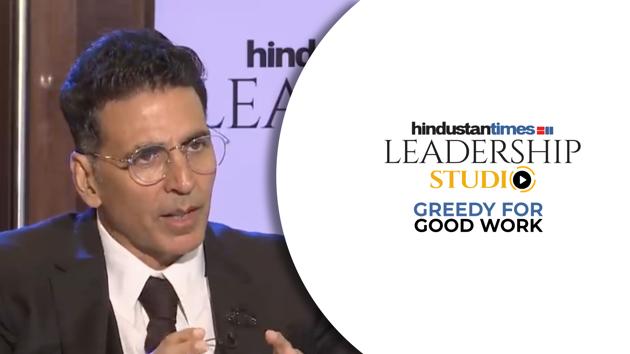 Bollywood star Akshay Kumar opened up like never before on his journey in Bollywood at the HT Leadership Studio. Akshay Kumar spoke of his struggle in the industry and revealed what kept him going even when his films were not doing well at the box office. He also shared his experience of working with new directors and youngsters, his success mantra and how he is experimenting with new characters.

HT Leadership Studio brings you inspiring conversations with some of the most powerful people in the world. The ground-breaking and often unusual approach of these thought leaders have changed the way people think about politics, culture, fashion, sports, cinema and other fields. On HT Leadership Studio, they share their success stories with you in the most gripping and relatable format, a one-to-one conversation.

Amit Vs Amit: ‘Amit Shah was wrong in 11 states’ | On The Record

Bengal has been committed to secularism in a way that’s remarkable: Amartya Sen

8 phases not due to violence threat but political: Amartya Sen | On The Record

‘Not looking for handouts..’: Ram Charan on how govt can help companies

‘If you don’t care about your employees…’: Ram Charan warns company leaders