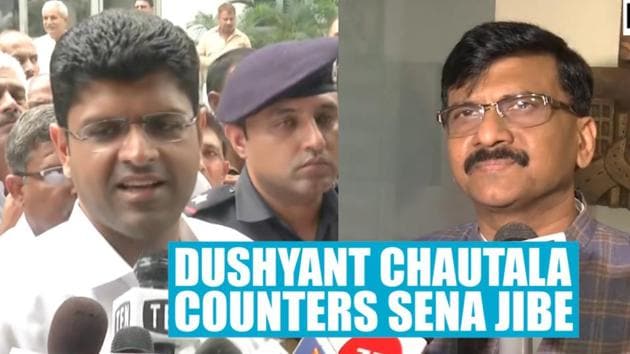 Newly appointed Haryana Deputy Chief Minister, Dushyant Chautala, hit back at Shiv Sena's Sanjay Raut for a jibe at the former's father. When asked about the delay in government formation in Maharashtra, Raut had said that in the state, there's no Dushyant Chautala whose father is in jail. Chautala countered the jibe, saying that such statements don't add to Raut's stature. Chautala's fledgling party, Jannayak Janta Party, secured 10 seats in the 90-member Assembly in the recently concluded Haryana elections. Meanwhile, in Maharashtra, the BJP and Sena are yet to resolve their power tussle.

President, PM Modi & others pay tribute to BR Ambedkar on his birth anniversary