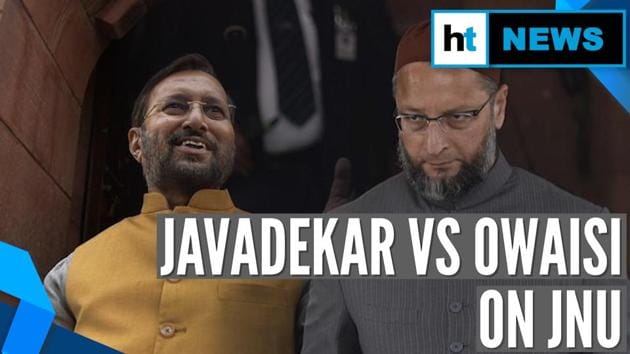 A political war of words rages over the violence at Jawaharlal Nehru University. Union minister Prakash Javadekar blamed Congress, Communists, Aam Aadmi Party and 'other elements' for creating an 'atmosphere of violence' across the country and 'specially in universities'. All India Majlis-e-Ittehadul Muslimeen chief Asaduddin Owaisi, however, claimed that it was 'cowards' supported by the Bharatiya Janata Party which perpetrated the violence. A day earlier, the Central University witnessed unprecedented violence with masked and armed people running amok and attacking students and teachers alike.

'Will I ask Pakistan?': Mehbooba Mufti's appeal to govt and advice to terrorists

‘I had promised his mother…’: Baghel on release of jawan abducted by Naxals

'No country has any business...': India's VP Naidu warns other nations on J&K