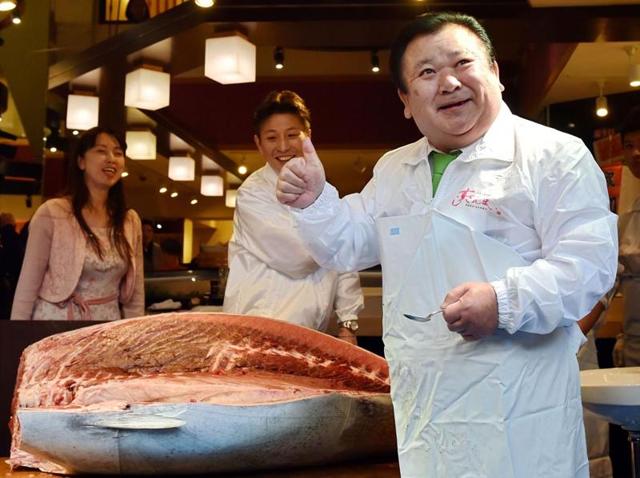 In Japan, a high bid at the first fish market auction is considered a good sign for the start of the business year. Although the bluefin is endangered, it is prized delicacy and anyway you slice it - it is a must-have for sushi lovers.