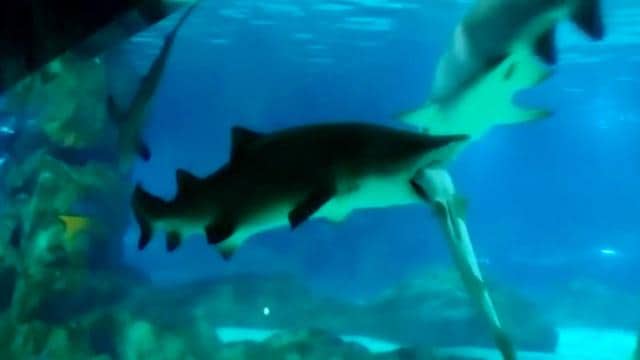 A large sand tiger shark at a Seoul aquarium is said to have eaten a large banded houndshark in the first such incident at the aquarium.

The eight-year-old female shark is said to have slowly eaten the smaller five-year-old male shark bite by bite on January 28.

Approximately 21 hours later, only the tip of the tail remained.

The tail is expected to stay in her mouth for about four to five days, the aquarium said, adding that the shark will regurgitate the creature after about a week as she will be unable to digest him.