Mumbai, Kolkata may get flooded by 2050, says new research

According to the Climate Central study published in journal, Nature Communications, coastal flood risks assessments based on NASA’s Shuttle Radar Topography Mission (SRTM) have underestimated the elevation risks until now.

A new research done by a US-based agency claims that more than three and a half crore people in India--as against the 50 lakh estimated earlier-- could actually be affected by annual coastal flooding by 2050 and that large parts of Mumbai, Navi Mumbai and Kolkata could be inundated if global CO2 emissions are not cut drastically.

The findings are based on CoastalDEM, a new digital elevation model developed by Climate Central, a US based climate research and communications organization.

According to the Climate Central study published in journal, Nature Communications, coastal flood risks assessments based on NASA’s Shuttle Radar Topography Mission (SRTM) have underestimated the elevation risks until now. The NASA model, while measuring elevation of surfaces that were closest to the sky, included the height of tree tops and rooftops wherever they blocked the ground. The new research method CoastalDEM reduced these errors by using artificial intelligence tools and came up with the new estimates. The study states that coastal flooding could impact 300 million people globally by 2050 and the high tide lines could permanently rise above land occupied by some 150 million people, mostly in Asia. 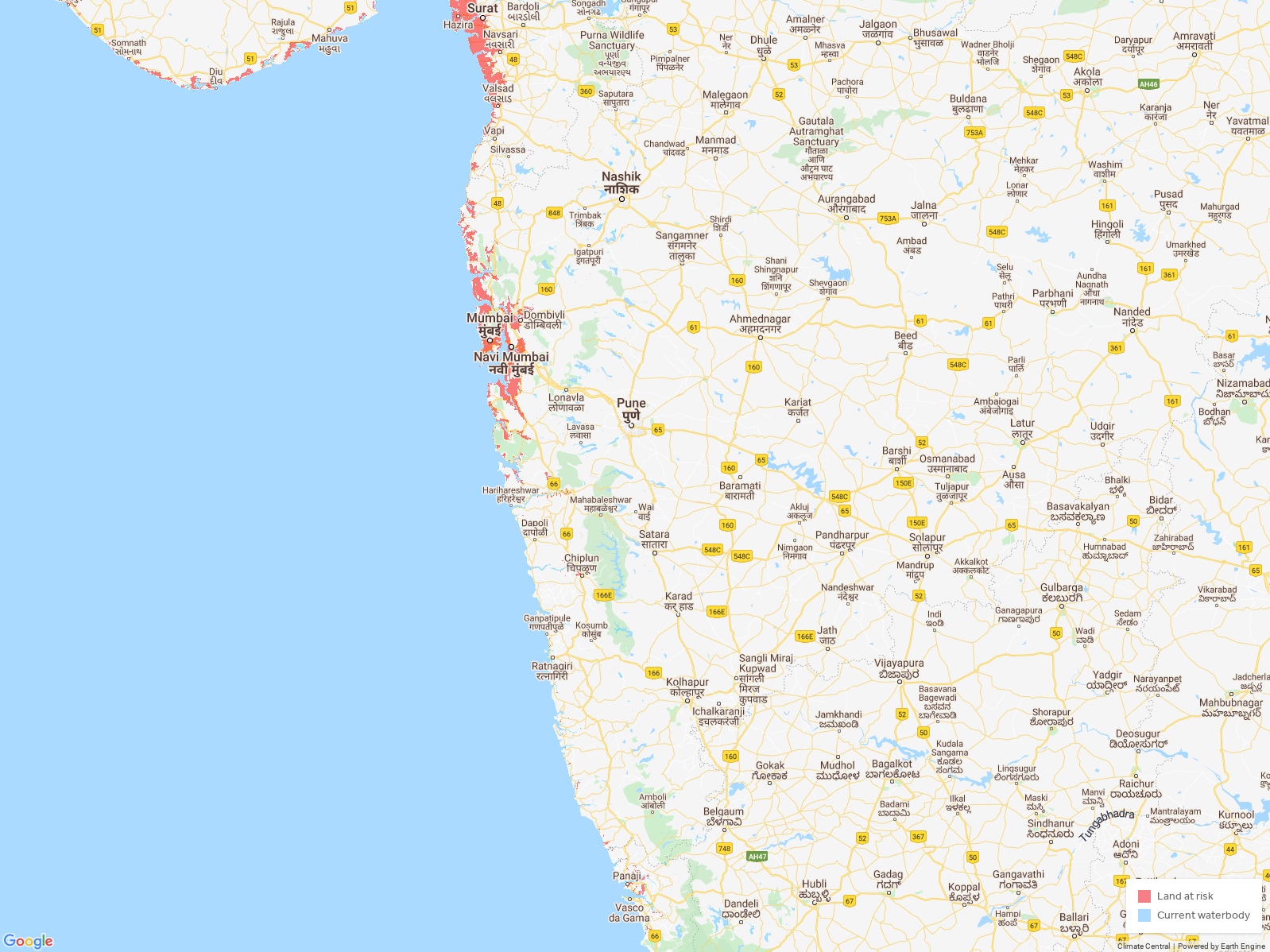 “Estimates based on unchecked emissions (not meeting the 2015 Paris Agreement) and the potential for early-onset ice sheet instability project that sea level rise could threaten areas where as many as 640 million people now live--340 million of whom are on land forecast to fall below the high tide line by 2100. In eight Asian countries, that scenario means regular high tides would be higher than land currently home to at least 10 million people,” Climate Central said in a statement on Tuesday.

Global mean sea level rose by 11-16 cm in the twentieth century. Even with sharp, immediate cuts to carbon emissions, it could rise another 0.5 m this century. But the study warns that under higher emissions scenarios, twenty-first century rise may exceed 2 m in the case of early-onset Antarctic ice sheet instability.

Bangladesh and China will be the worst affected with about 93 and 42 million people respectively getting impacted in the coastal flooding by 2050, as per the new data.