Arvind Sawant, sitting MP from Mumbai South Lok Sabha constituency says he was instrumental in expediting clearances, got better amenities for railways.
Share Via
Copy Link
Mumbai | ByHT Correspondent
Arvind Sawant is the sitting Member of Parliament from the Mumbai South Lok Sabha constituency. The Shiv Sena leader spoke to HT about his work and achievements during his five-year tenure.
What are your major achievements as an MP?

I have contributed to getting clearances for major infrastructure projects such as the coastal road. I managed to get a commitment from Union shipping minister Nitin Gadkari that all tenants from the Mumbai Port Trust (MbPT) area will be rehabilitated. I have been following up on the bad state of railway bridges since 2014. I helped my city from financial crisis when the goods and services tax (GST) was imposed by getting timely aid from the Centre for the civic body. I have worked towards making the suburban railways commuter-friendly by getting better amenities .

The tenants of MbPT are angry over possible eviction. They are holding the Centre responsible
for it.

My priority was to ensure in-situ resettlement of MbPT tenants. I got a commitment from the shipping minister. I focused on sustainable redevelopment of the remaining land. Our party chief Uddhav Thackeray had said that Mumbai needs more green lungs, a business hub, and an area that will attract tourism. Working towards that goal, the eastern waterfront is being developed sustainably, and in a way that will prove to be beneficial to the entire city. 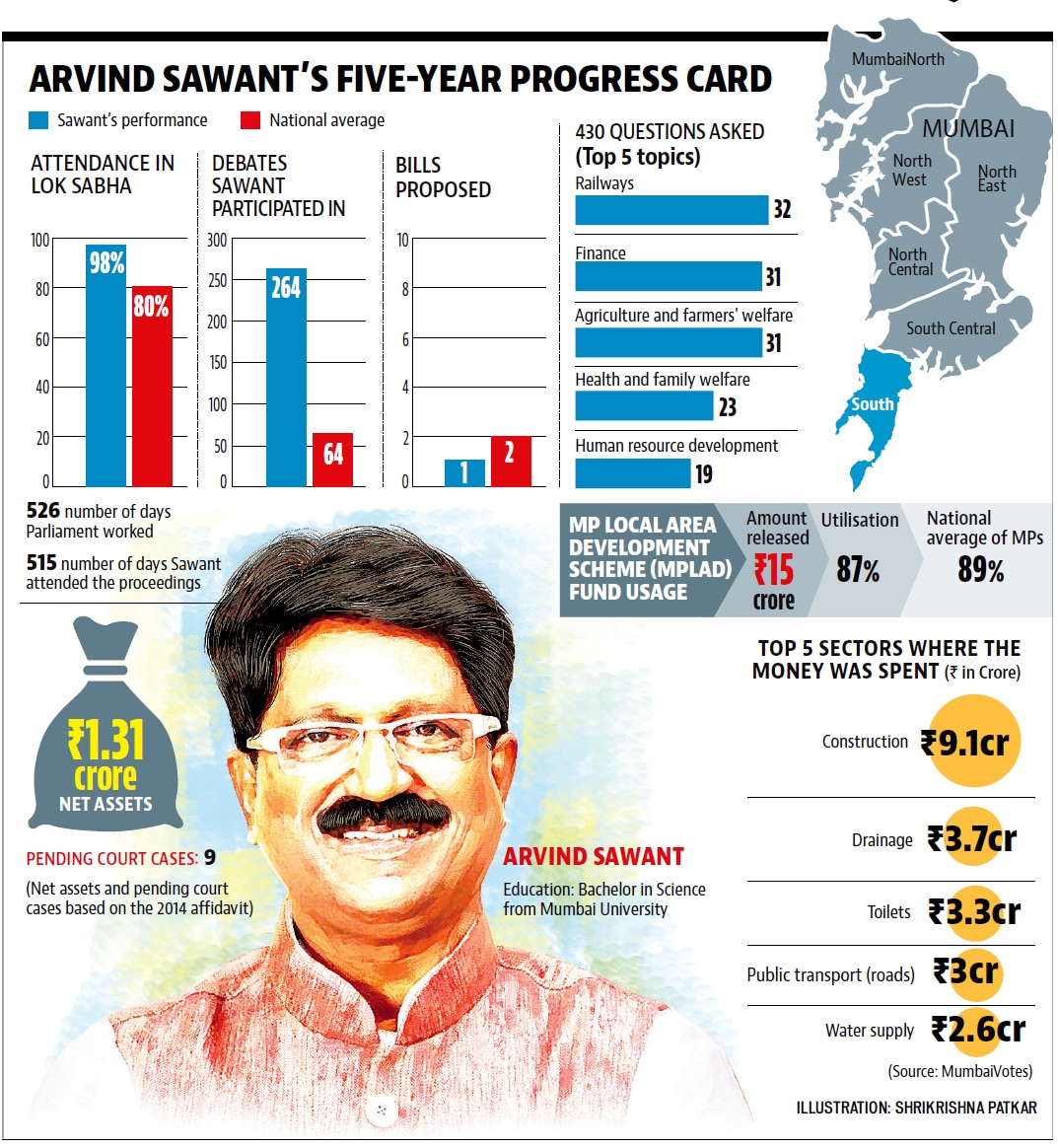 Citizens are raising questions on what the elected representatives were doing when a portion of the Himalaya Bridge in Fort collapsed. The MP, MLA and corporators in this area are all from the Shiv Sena. Comment.

In this case, the authorities did their work. The Brihanmumbai Municipal Corporation (BMC) carried out a structural audit of the bridge in time. It was repaired in 2013. The people entrusted with the job of carrying out the audit did not do it properly.

Your opposition has accused you of failing to make an impressive case for our constituency.
Comment.

I would like to ask my opponent what has he given to Mumbai during his tenure as an MP. Just before the elections, my opponent has come out of his shell, and is making public appearances and meeting people.