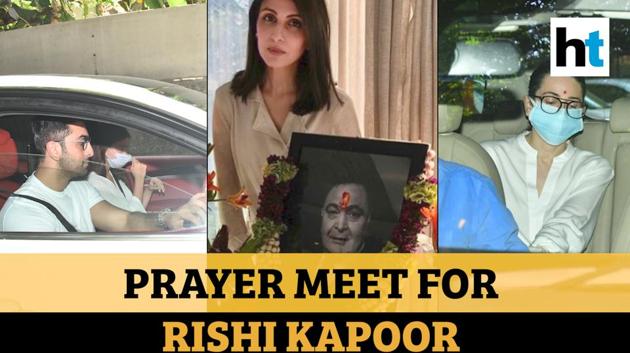 A prayer meet for late Rishi Kapoor was held at the Kapoor family residence in Mumbai. His children, Ranbir and Riddhima, were seen paying tribute to him. Riddhima Kapoor Sahni posted a photograph with her father's portrait on Instagram, and captioned it 'love you always Papa...'. Alia Bhatt, Karisma Kapoor, Randhir and Babita Kapoor, and Shweta Bachchan Nanda and daughter Navya Naveli were also present at the meet. Rishi Kapoor passed away on April 30 after a two-year battle with cancer.

Iulia Vantur on Salman Khan: 'He is inspiring as a person, fun to work with'

Army of the Dead: Dave Bautista on difference between Zack Snyder and James Gunn

Army of the Dead: Zack Snyder gushes about working with 'amazing' Huma Qureshi