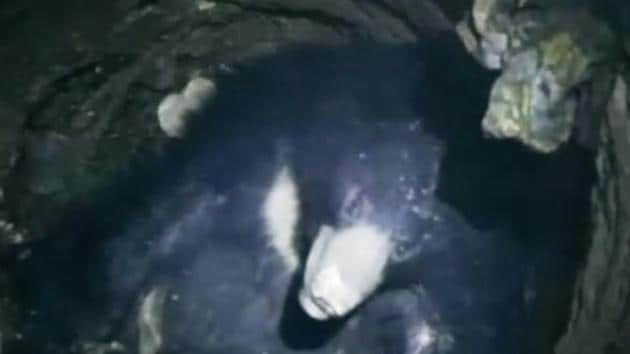 A sloth bear gatecrashed a wedding in Chhattisgarh's Mahasamund for food, but ended up falling to a well. The wild animal ventured into a kitchen which was serving food for a wedding. A mob attempted to chase the bear away after it injured four people. While trying to escape, the bear fell into a 45-foot deep well. The Chhattisgarh Forest Department was alerted, and with assistance from Wildlife SOS, an NGO, it rescued the bear and released it into the wild again.