Ranveer Singh has reacted to wife Deepika Padukone’s appearance at the 2019 Met Gala in New York City. Deepika wore a Zac Posen gown at the prestigious fashion event, where the theme was Camp: Notes on Fashion. 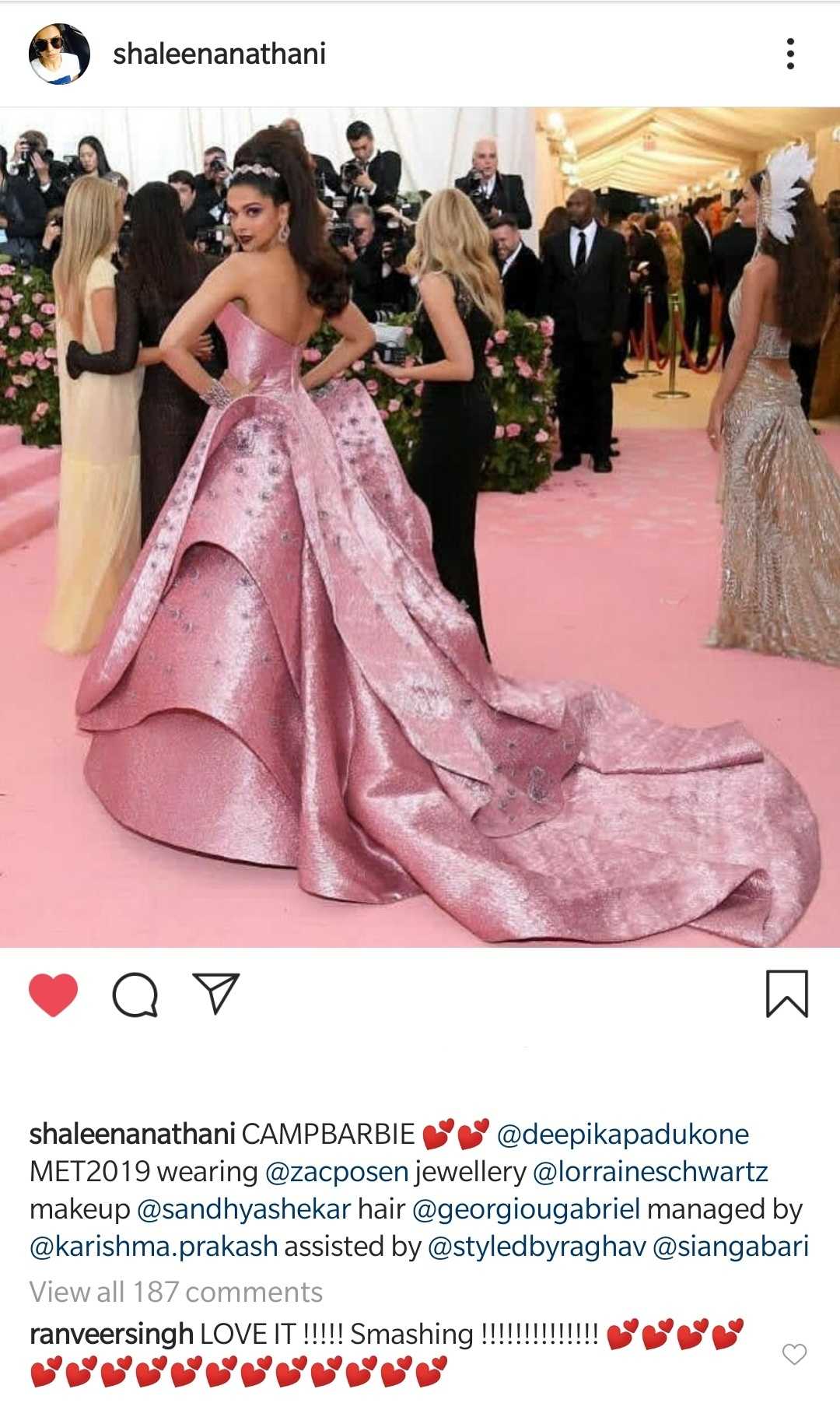 Deepika wasn’t the only Indian star present at the event. Priyanka Chopra arrived with husband Nick Jonas, wearing an Alice in Wonderland inspired Dior gown. Priyanka and Deepika posed for a photograph together as well.

Deepika wore Prabal Gurung at the 2018 Met Gala, while the 2017 edition was special for Priyanka, who made her first public appearance with Nick at the event.

Ranveer frequently leaves comments on Deepika’s posts, and vice versa. In fact, it was their social media PDA that first attracted fans to their possible relationship, which was confirmed in 2018. The couple tied the knot in a secret ceremony in Italy’s Lake Como in November, after dating for six years.

Deepika is currently filming director Meghna Gulzar’s Chhapaak, in which she will play an acid attack survivor, opposite Vikrant Massey. Ranveer, meanwhile, recently delivered back to back hits Simmba and Gully Boy. He has begun preparation for Kabir Khan’s ‘83, and will next move on to director Karan Johar’s period drama Takht, in which he leads an ensemble cast that includes Kareena Kapoor Khan, Vicky Kaushal and Anil Kapoor.