The Congress increased its seats from 58 to 114 with an increase in vote share which was almost equal to the decline in the BJP’s vote share.

In 2014, the Bharatiya Janata Party (BJP) recorded its best performance in Madhya Pradesh. It won 27 of the 29 Lok Sabha seats in the state with a vote share of 54%. This victory came less than a year after the 2013 assembly elections in the state, when the BJP won more than 70% of the seats with a vote share of 45%. The 2018 assembly elections brought bad news for the BJP. A four percentage point decline in its 2013 vote share brought the BJP’s seat tally down to 109 from 165. The Congress increased its seats from 58 to 114 with an increase in vote share which was almost equal to the decline in the BJP’s vote share.

Will the 2018 results have an impact on the 2019 performance of the BJP and the Congress in the Lok Sabha polls? A simple extrapolation of 2018 assembly constituency (AC) results gives a tally of 17 and 12 to the BJP and the Congress. While it does justice to the fact that BJP got fewer seats than the Congress despite having a higher vote share in 2018, it will still mean a net loss of 10 seats for the former compared to 2014.

HT has looked at the historical performance of the BJP and the Congress in the state since 1989 to check whether assembly election results have a bearing on Lok Sabha results. Regions which were carved out of Madhya Pradesh to create Chhattisgarh have been excluded for the pre-2000 period from this analysis to ensure compatibility.

In other words, if the BJP/Congress lost in terms of seat share between two assembly elections, their Lok Sabha seat share also came down from earlier. So, statistically speaking, the likelihood of the BJP retaining its 2014 performance in the state in 2019 has a low probability. 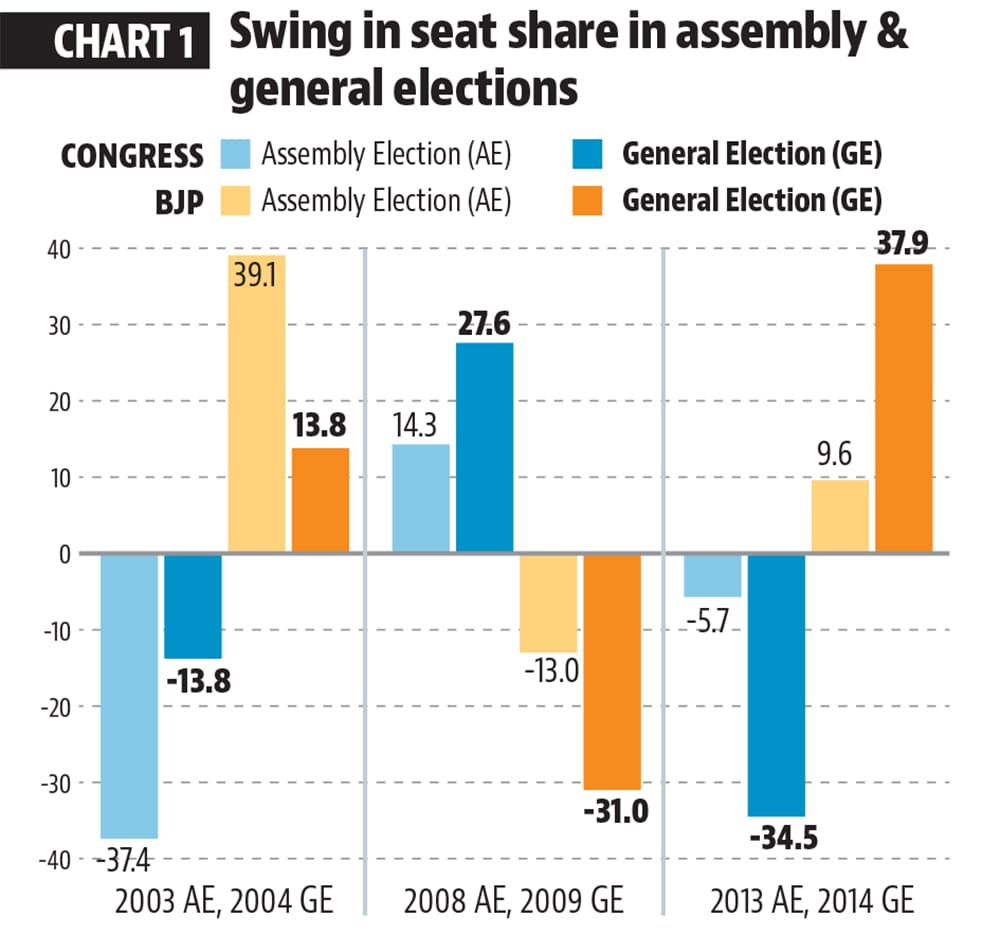 This trend does not hold for the change in seat share between 1990 and 1993 assembly elections and 1991 and 1996 Lok Sabha elections, when there was a three-year gap between assembly and Lok Sabha polls.

The important takeaway from these statistics for 2019 is that sans a Modi wave, the BJP might suffer a significant loss in its 2014 seat share.

In case 2019 turns out to be a “wave-less” election, and the Congress and the BJP remain close in terms of vote shares, seat-share predictions could be extremely hazardous. An analysis of assembly and Lok Sabha elections since 1989 shows that there is a strong correlation between the difference in vote share of the BJP and the Congress and median victory margins in the state. This means that the probability of a lot of seats ending up as close contests in 2019 cannot be ruled out in Madhya Pradesh.

See Chart 2: Median margins of victory in MP vs. Difference in INC and BJP vote share in Madhya Pradesh. 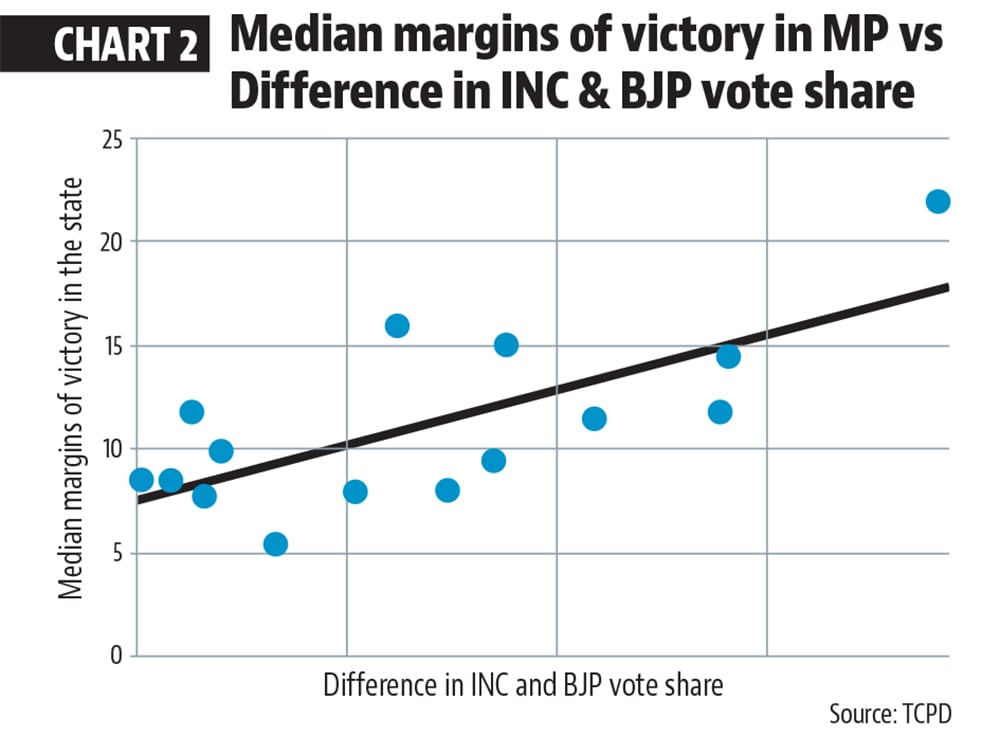