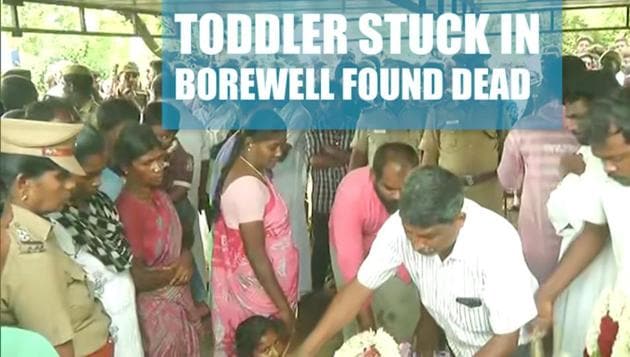 2-year-old Sujith Wilson who was stuck inside a borewell since Friday evening was found dead by rescue workers. Rescue operations to save the toddler had been on for over 75 hours. Sujith's body was taken out by the National Disaster Response Force and State Disaster Response Force, sent to Manapparai Government Hospital for autopsy and was then handed over to his parents for cremation. Over 800 people from NDRF, SDRF, TN Police, Revenue department and experts were involved in the rescue operation since Friday.