Covid infection spike in Kerala a cause of worry

As the number of cases in the state increases, neighbouring Karnataka and Tamil Nadu have mandated fresh restrictions on people travelling from Kerala.
READ FULL STORY
By Ramesh Babu, Thiruvananthapuram

The southern state ended Thursday with 102,523 active cases, around 20% of the total active cases in the country.

And over the same seven-day period ending Thursday, Kerala’s positivity rate was 10.3%, nearly five times the national average of 2.1%.

As the number of cases in the state increases, neighbouring Karnataka and Tamil Nadu have mandated fresh restrictions on people travelling from Kerala.

The reasons for the virus’ trajectory in the state are not clear, and experts have called for deeper scientific study. 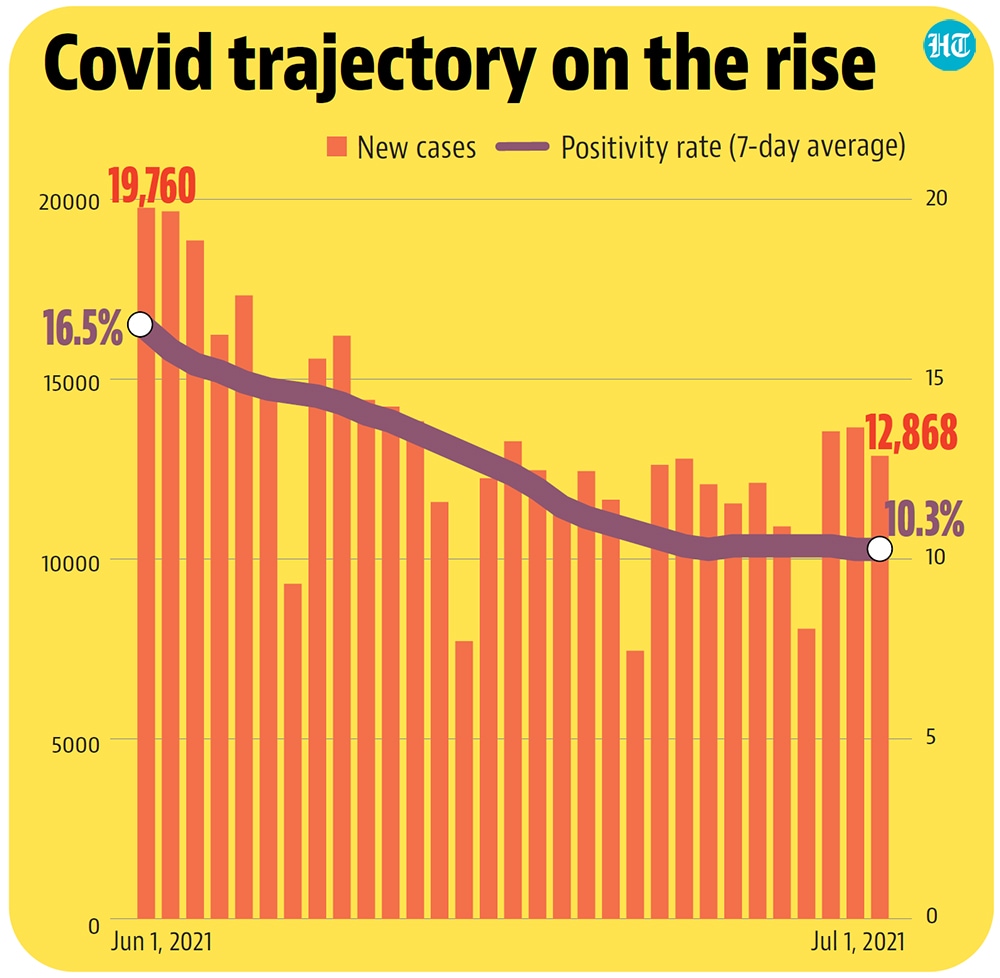 One reason could be low community immunity: according to a sero-survey (a blood test of antibodies) conducted by the Indian Council for Medical Research in February only 11% of the state’s population had antibodies, as compared to 21% across India.

Another could be variants of the original virus. The detection of a few people infected with the Delta Plus variant have added to the state’s woes. Three villages in Pathanamthitta and Palakkad have been under a so-called triple-lockdown for two weeks after the detection of Delta Plus.

And still another could be carelessness. “Many flout home isolation protocols infecting family members. In rural Kerala it is quite rampant,” said Devika Rani, a health worker dealing with home quarantine patients.

Chief Minister Pinarayi Vijayan admitted on Tuesday that the progression of the second wave in the state is a matter of serious concern. “First wave we managed it well but second wave progression is very slow and it is a real concern and challenge.”

To be sure, the fatality rate is still one-third the national average, but it is mired in controversy after increasing complaints about deaths not being attributed to Covid-19; the state is now auditing its death records. Hospitals and local government offices are flooded with applications to certify Covid deaths after the Supreme Court mandated some financial relief for families of the deceased.

Some experts blame continued obsession with cheap antigen tests despite having a relatively high testing rate (cumulatively, the state has conducted 660,457 tests per million population, as compared to the national average of 310,790), and the recent assembly elections for the cases. They also believe the state has been lax in restrictions.

“We have to be very careful while easing restrictions. We have to be cautious about the new Delta Plus variant also,” said Dr N M Arun, a public health expert from Palakkad. He was the first to point out massive underreporting of Covid deaths in the state.

“No serious scientific studies are taking place. Since we have to live with the virus for some more time we have to explore it,” he added.

With a high density of population (859 people per sq km) and a large number of elderly population (at least 15% are above 60 years of age) and high incidence of lifestyle diseases the state should be extra cautious, they warn.

“When we point out pitfalls we are branded as those working against the interest of the state. The government should heed experts and conduct more studies on different variants of the virus,” said Dr S S Lal, another public health expert. The government will have to conduct a sero-surveillance study to identify susceptible populations and also sequence viral genomes in real time to avoid a possible third wave, he added.

Opposition leader V D Satheesan added: “For everything the government cites WHO or ICMR standards but in most cases including death certification norms are against recommendations of these bodies.”

And if there is a bright spot, it is the state’s record of vaccines. Kerala has thus far fully vaccinated 3.5 million people and partially vaccinated, 7.6 million. This means that the state has vaccinated 31% of its eligible population with at least one dose, compared to the national figure of 21%.

There are also no signs of overcrowding or panic in hospitals. Some of the temporary first line treatment centres were closed down for want of patients and there is no shortage of oxygen. Doctors say many patients prefer home isolation and it was another reason for the rise in cases.

New health minister Veena George put up a brave face saying things were moving on expected lines and there was no need for any panic. She also denied reports of deaths being underreported. “The state fatality rate is 0. 4 in the second wave also. The government has nothing to hide and those affected can file complaints of non-inclusion of Covid deaths to the government.”