India’s population will be 25% more than that of China by 2050, says study

Population Reference Bureau figures show that, at the moment, the Indian and Chinese populations are estimated to be 1.37 and 1.39 billion respectively.

By mid-2030, India’s population will likely be 8% more than that of China, and by mid-2050, this ‘lead’ will become 25%, according to the 2018 World Population Data Sheet released by the Population Reference Bureau (PRB), a Washington-based non-profit organisation.

That India will replace China as the world’s most populous country does not mean that its demographic transition is not happening.

India will surpass China in terms of population by mid-2030 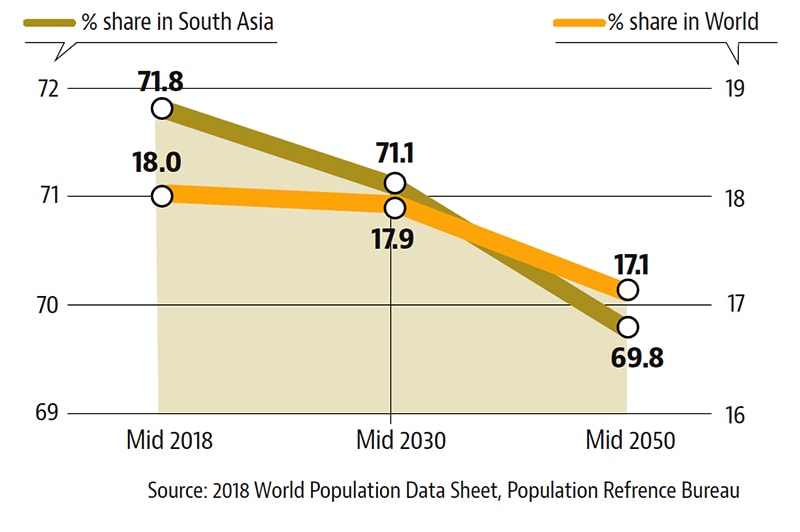 Demographic transition is the process in which a country’s death rates and birth rates decline with economic development. Because death rates start declining earlier than birth rates, there is an initial phase of rapid increase in population.

It is this demographic transition that will lead to a decline in India’s share in both the world’s and South Asia’s population in mid-2030 and mid-2050 compared to what it is now.