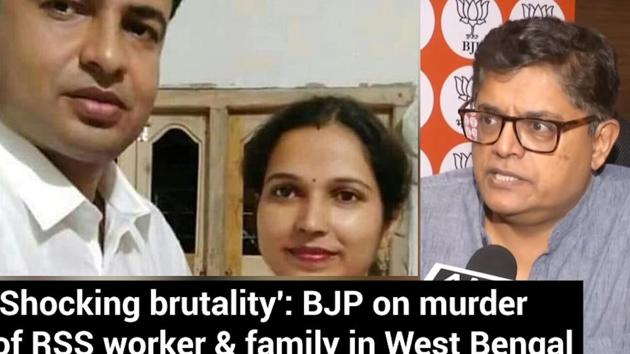 The bodies of a Rashtriya Swayamsevak Sangh worker and his family were found in West Bengal's Murshidabad. 35-year old Prakash Pal, his pregnant wife, and their 6-year old son were found with stab wounds, according to the police. The child had also been strangulated with a towel, a police officer said. Baijayant Panda of the Bharatiya Janata Party expressed shock at the incident. Panda sought strict action against the perpetrators.