Irish national, suspected to have coronavirus, flees from Odisha hospital

The number of people infected with coronavirus disease (Covid-19) has gone up to 30 in India as the government widened its watch for the illness to close to 30,000 and scaled its containment efforts.
Share Via
Copy Link
Hindustan Times, Bhubaneswar | ByDebabrata Mohanty

An Irish national suspected to be infected with coronavirus and sent to the isolation ward of a government hospital in Odisha’s Cuttack city fled on Thursday night, officials said on Friday.

The Irish national, who had flu-like symptoms, was on Thursday screened at the Biju Patnaik International airport in Bhubaneswar and taken to the city’s Capital Hospital.

The man was then referred to the isolation ward of SCB Medical College and Hospital in Cuttack along with another person who was accompanying him, said B Maharana emergency officer of the hospital. “However, it’s not yet clear how both of them escaped. Once someone is suspected to be infected with coronavirus, he/she has to be kept in isolation. It’s compulsory,” said a health department official.

“We are trying to find out the exact timeline of how it happened. We have lodged a case with Mangalabag police station,” he said. 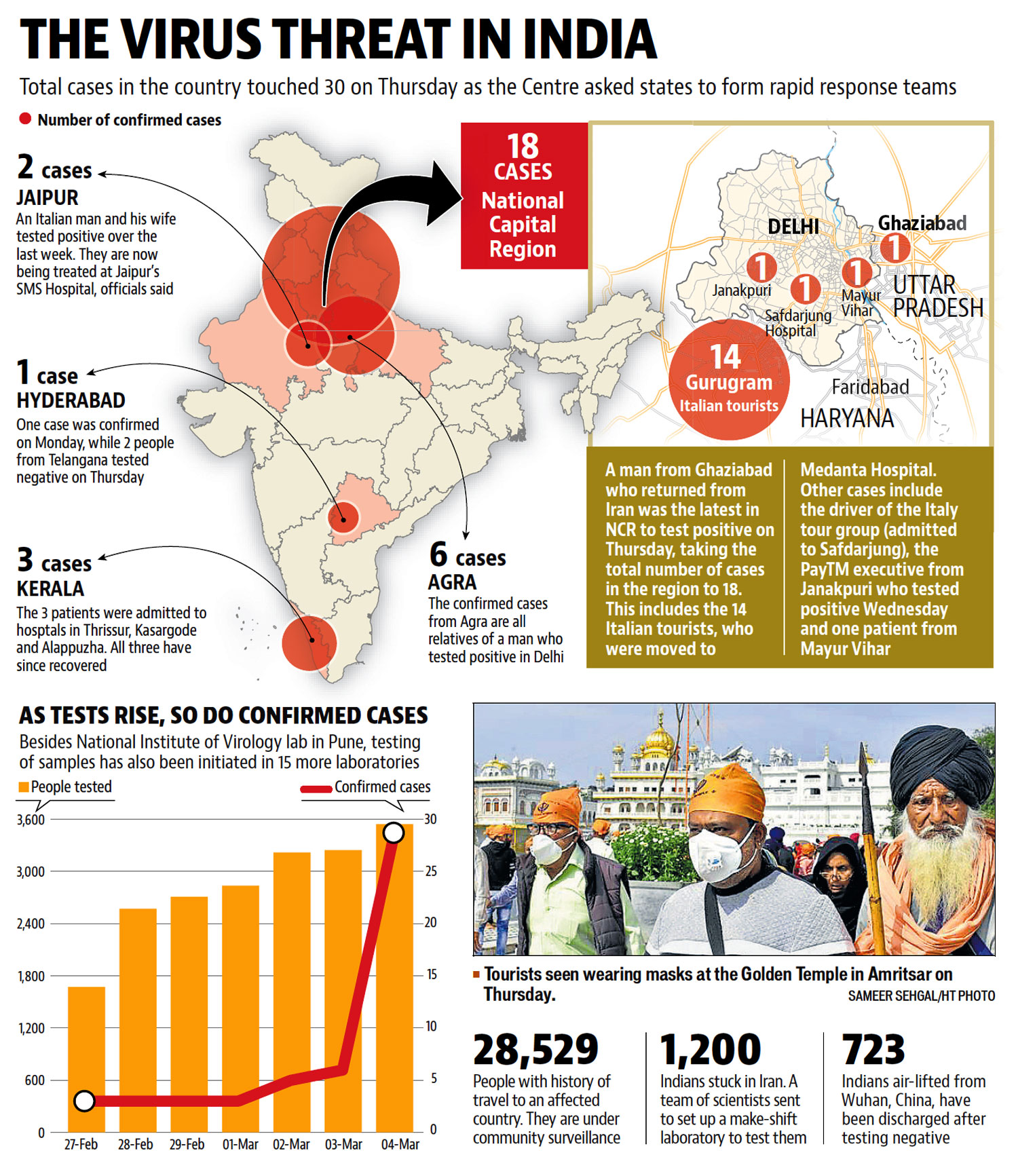 Meanwhile, the couple from Uttar Pradesh’s Kanpur, who had arrived at the Paradip port on March 3 on a Singapore ship, has tested negative for coronavirus.

The man, a crew member of the cargo ship Chemstar Stellar carrying about 20,000 litres of sulphuric acid from China, had a high temperature and sore throat. 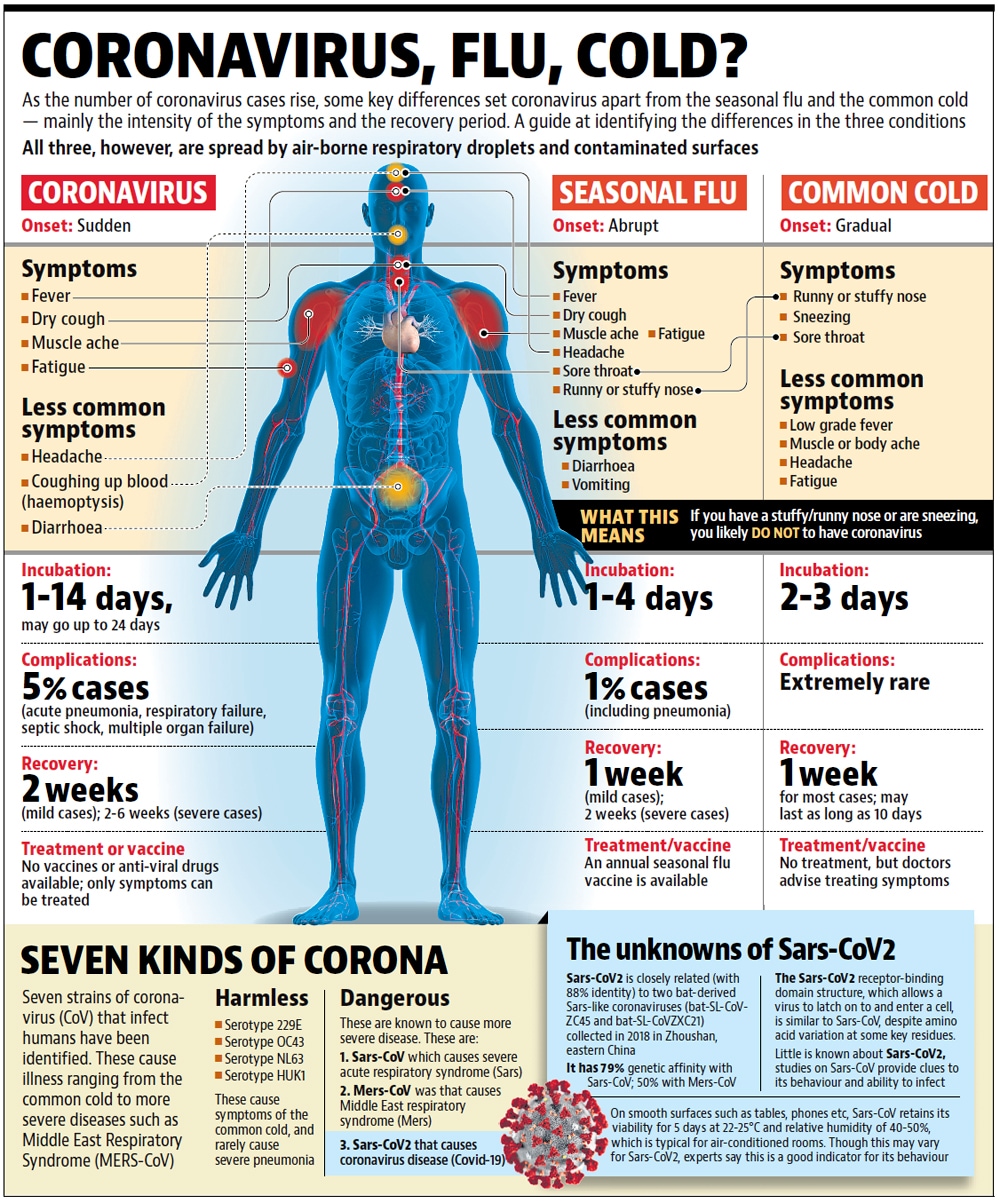 After which the middle-aged man and his engineer wife were kept in an isolation ward of the SCB Medical College and Hospital.

Ajit Mohanty, the director of the state’s health department, said though the couple has tested negative for coronavirus, they will remain in isolation ward for the next one week.

The test reports of a man from Sonepur district, who returned from Dubai on February 27 and showed symptoms of coronavirus infection, is yet to be received.

He was admitted to a special ward at VIMSAR Medical College and Hospital in Sambalpur district and kept in isolation.

The ministry of health and family welfare has already notified the Regional Medical Research Centre in Bhubaneswar as a laboratory for coronavirus (COVID-19). In the absence of a testing lab, the blood samples of suspected patients are being sent to the virology institute in Pune.

The number of people infected with coronavirus disease (Covid-19) has gone up to 30 in India as the government widened its watch for the illness to close to 30,000 and scaled its containment efforts.

All but three – two in Jaipur and one in Hyderabad – out of the 27 are in hospitals in the National Capital Region (NCR). These include the Delhi resident who was confirmed a patient on Monday, his relatives from Agra; a group of Italian tourists, and an Indian who worked as a driver for them.

The number of people sickened by the rapidly spreading virus was close to 97,000 on Thursday evening across the globe, with more than 3300 of these believed to have succumbed to the consequent illness.

The virus leads to cough, fever and, in serious cases, respiratory distress that can turn fatal.

Coronavirus started spreading in China last year in December and has spread alarmingly outside of the country with Iran, South Korea and Italy among the nations where the outbreak is now most serious.