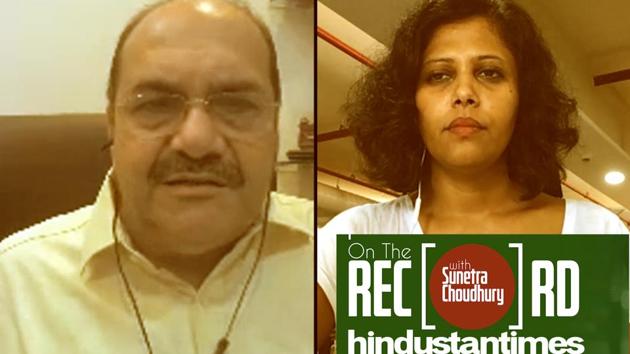 A deposition by a former High Court judge in the Nirav Modi extradition case in the United Kingdom has caused a political storm. The Bharatiya Janata Party has called the involvement of Justice Abhay Thipsay (retired), a Congress member, an example of the grand old party trying to shield the fugitive diamantaire. Amid the war of words, Justice Thipsay spoke to Hindustan Times' National Political Editor, Sunetra Choudhury, to present his side of the story. Watch the full video for more.

Covid & food: Nutritionist Rujuta Diwekar tells us what to eat & what not to eat

War on Covid: How many people must India vaccinate to achieve herd immunity

Harish Patel on his journey to the Marvel cineverse

‘We did not anticipate…’: Sidharth Nath Singh on Uttar Pradesh Covid crisis

'It's heartbreaking:' NYC doctor who returned to India to battle Covid 2nd wave

Covid plasma therapy: Who needs it; who can donate; the risks | Doctor explains