Bengaluru’s Indian Institute of Science (IISc) has retained its position as the highest-rated Indian university while the country recorded the highest ever tally of 63 universities in the Times Higher Education University Ranking 2021 released on Tuesday. The 63 universities is an increase of 14 from last year.

The University of Oxford retains the top spot in the ranking based on the assessment of over 1,500 universities’ quality of teaching, international outlook, research, and knowledge transfer. 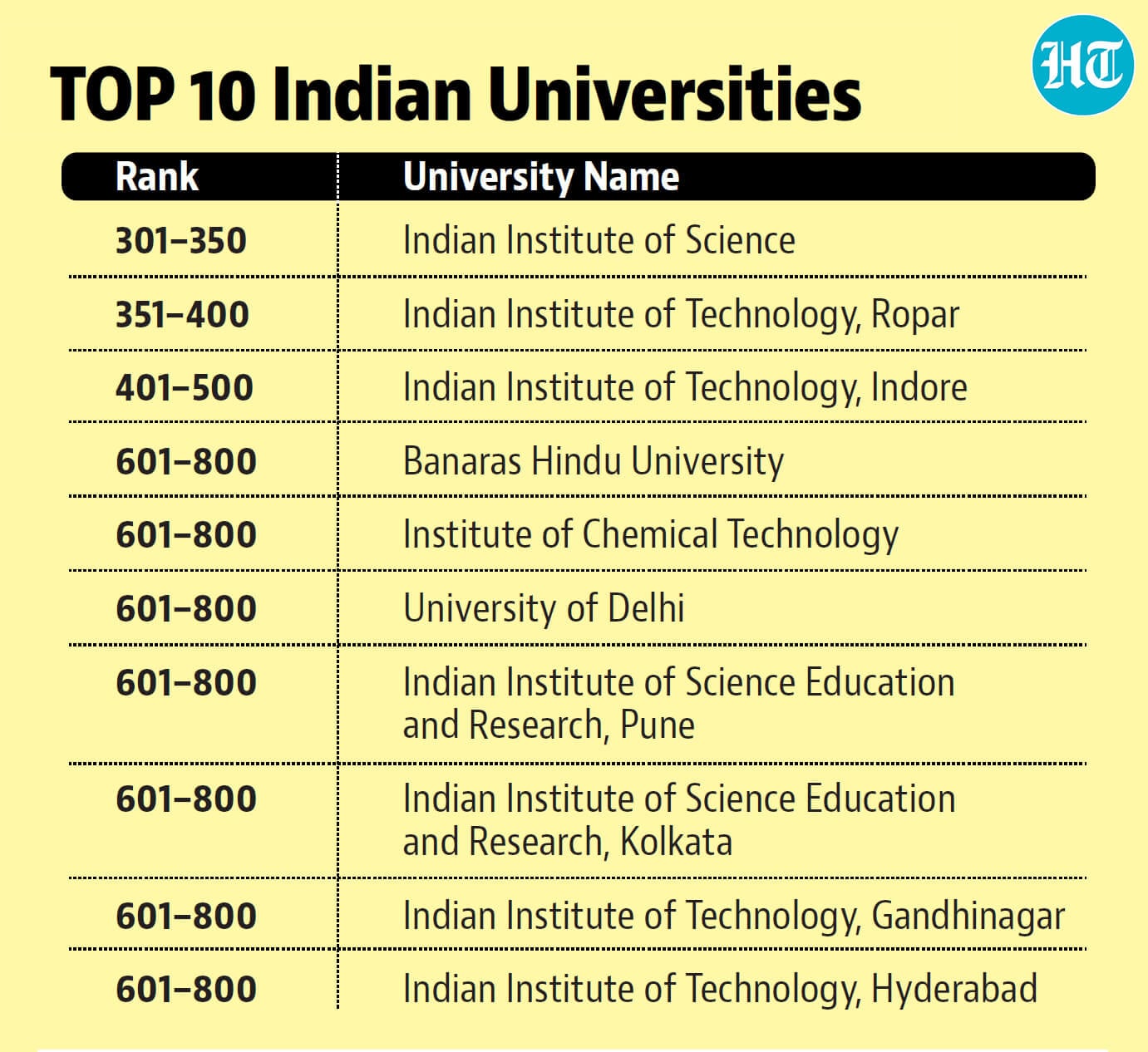 Overall, the IISc (301-350) maintains its position as the highest-ranked Indian university since it first qualified for the rankings in 2015, organisers of the ranking said.

Phil Baty, chief knowledge officer, Times Higher Education said: “The news that India sees a record number of its universities qualify for the rankings is a fantastic accolade for the country. Open only to the best research-led institutions in the world, qualification alone is a huge achievement.”

“But India’s record participation clearly highlights India’s desire to compete with the very best on the world stage. Not only does participation in the rankings allow universities to be visible to the rest of the world, but also helps to monitor their progress against the global benchmarks in higher education.”

Baty said India has previously suffered from a lack of internationalisation within its institutions. “The recent announcement of the New Education Policy, the first of its kind since 1986, could be a great step in the right direction for India.”

“With proposed comprehensive changes to Indian higher education, such as the approval for foreign universities to open campuses in India, the policy is an incredibly exciting turning point for the country.”