The coronavirus vaccine developed by University of Oxford and AstraZeneca offers high protection for roughly three weeks after a single dose, with almost 76% efficacy in preventing symptomatic illness and can also reduce the risk of transmission by around 67%, a study of vaccinated people in the UK has found, giving new clues that the dose can also reduce the spread of infections. 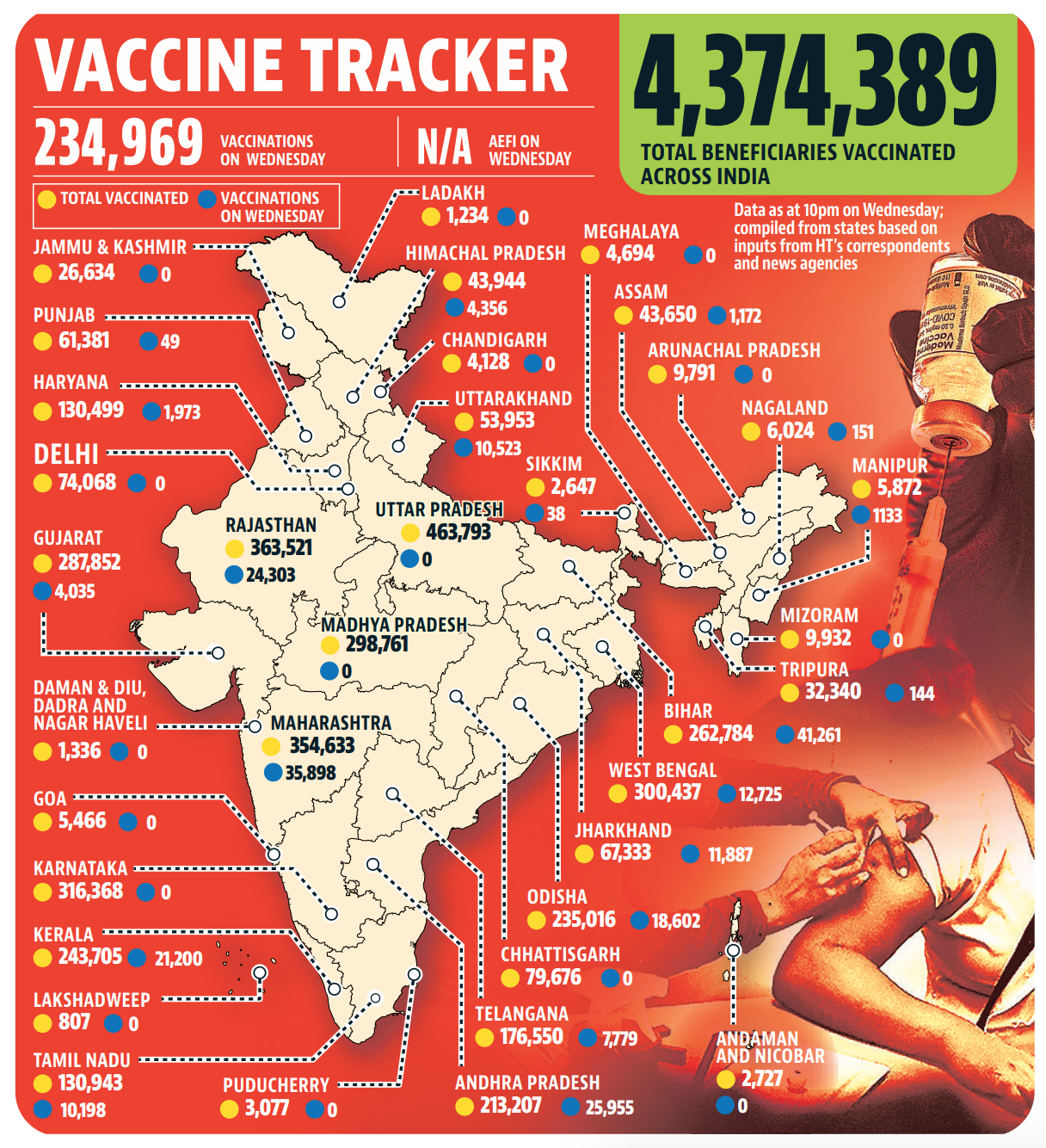 “It slows transmission by around two-thirds, so it categorically supports the strategy that we’re undertaking,” Hancock said.

India is largely relying on this vaccine at present, which is being manufactured in India by Serum Institute of India as Covishield.

The Oxford study, which is awaiting peer review, found that those who had been vaccinated with a single dose of the vaccine were 67% less likely to test positive with a PCR test, “suggesting the potential for a substantial reduction in transmission”.

It also provided backing for the UK’s strategy of administering as many first doses of vaccine to high-risk groups as possible and allowing a 12-week interval before the second dose, which has been criticised by some experts.

Researchers found that a single dose was 76% effective in preventing virus symptoms after 22 days and for up to 90 days, while it did not prevent asymptomatic illness.

It was more effective to wait 90 days than to administer the second dose, researchers found “providing further support for current policy”.

The survey had 17,177 participants in Britain, Brazil and South Africa. The data covers the period up to December 7, 2020.

None of those studied were hospitalised.

The vaccine invented by scientists at the University of Oxford is being developed and manufactured by AstraZeneca.

The vaccine is cheap to produce and is being sold at cost price. It can also be stored at fridge temperature, while the Pfizer vaccine requires extremely cold storage.

AstraZeneca and Oxford University separately said that they aim to produce the next generation of Covid-19 vaccines that will protect against variants as soon as the autumn, according to a senior executive quoted by Reuters.

Asked when AstraZeneca could produce a next generation vaccine to tackle new variants, AstraZeneca research chief Mene Pangalos said “as rapidly as possible”.

“We’re working very hard and we’re already talking about not just the variants that we have to make in laboratories, but also the clinical studies that we need to run,” he said in a briefing with media.

“We’re very much aiming to try and have something ready by the autumn, so this year.”

The partners are getting close to having data on the efficacy of their Covid-19 vaccine on older adults, professor Andrew Pollard, director of the Oxford Vaccine Group, said.